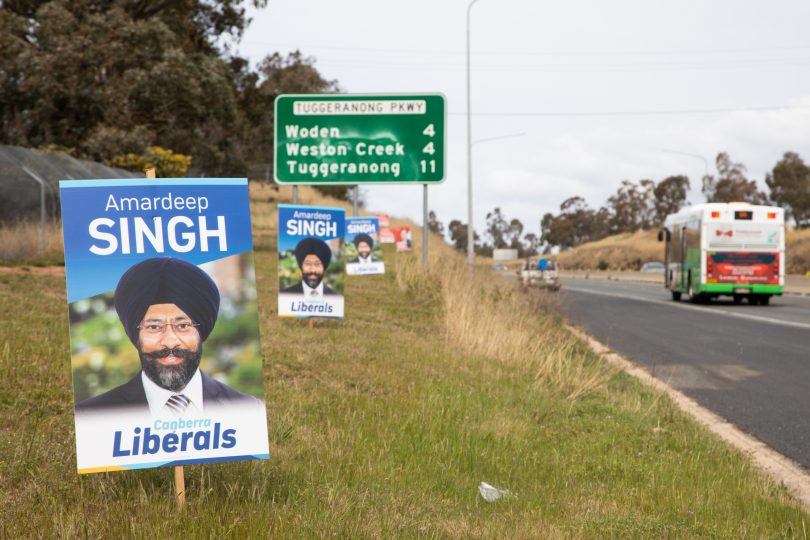 Thousands upon thousands of corflutes are littering the ACT ahead of the 17 October election, and while most remain intact, others have succumbed to strong winds, poor placement, voter anger or bad driving.

But what happens to them when the sun sets on election 2020?

Outside of the 100-metre corflute-free zone at polling places, the short answer is they must be removed within 48 hours of polling booths closing but they often have a lifespan that goes well beyond the political careers of many ACT politicians.

ACT Labor Party secretary and campaign director Mel James said there are high stakes in the best uses of corflutes post-election and their office had already fielded calls from community groups who wanted to use them.

“It may come as no surprise that the most common use for a corflute after an election campaign is actually as a corflute,” Mel told Region Media.

“We also donate them to a lot of schools, community groups and sporting groups who paint over them and use them for different things.

“One of the more creative uses we’ve come across has been from a request to use them as a lightbox for photography.”

There is some corflute creativity going on!
Top marks for the one on the left, but I think I prefer the work of local #Canberra #artist Nick Ellis who drew the one on the right. pic.twitter.com/AZQBsFPtL2

Minor party candidate with the Canberra Progressives in the seat of Yerrabi, Bethany Williams, said she intends to keep the 50 corflutes she ordered, although a number of them have already gone missing.

“I don’t want to throw them out just in case I do contest another election, but they cost about $10 each and then you need stakes and something to affix them. Then there’s the time it takes to get them all out,” Bethany said.

She also wrote last week that corflutes are more important to independent and minor party candidates because they have no other way of being noticed. Her article in RiotACT also attracted a raft of comments.

“If only any of the corflutes actually provided us with any information about what any of them stand for, besides ‘Gooderer and Betterer’,” said one of the commenters.

READ MORE: If you’re complaining about corflutes, spare a thought for the minor parties

The ACT Greens say their corflutes are only displayed in the front yards of individual households who choose to display them and are made from 100 per cent recycled material, which can then be placed in a yellow recycling bin.

While reiterating their call for the banning of political corflutes, they also suggest using them as house insulation, building chook sheds, as habitat for local wombats or that they be painted over for protest signs. 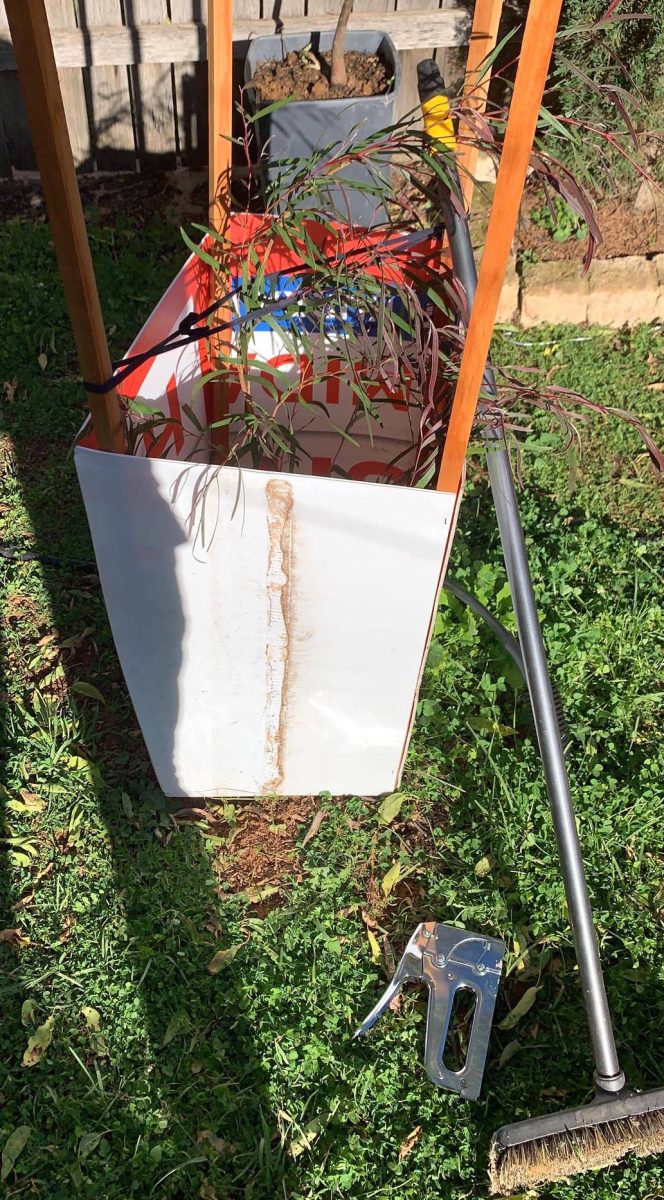 Mel James said their ‘corflute army’ tracks where each is placed and have even received phone calls from constituents to correct the imbalance of Labor and Liberal corflutes in a particular area.

“We think the best use of them is to protect small trees, while I know others who have used them to build a chicken coup,” Mel said.

“One of our other candidates donated them to a pediatric hospital which used them for artwork in one of their wards.”

Another perennial problem is that corflutes get defaced, slashed or simply knocked over through people’s disdain for them (or the candidate).

Would you believe it?!

Thank you to whoever has been so considerate to have given me some sunnies. It would have been really difficult to stand in the sun for the whole day … ?? pic.twitter.com/2woOkotLpo

“Lots of people don’t like them and take it into their own hands to get rid of them, but equally, people will let us know where we need to get them out. Some people don’t even notice them and some only know there’s an election on when they see the corflutes,” Mel said.

The final word goes to a RiotACT reader who made this observation about corflutes: “Take note of who you see the most signs for, then put them last on the ticket. And write a letter to the individual and party to tell them why.”

The ACT election will be held on 17 October. Technically, corflutes must be removed by 6:00 pm, Monday, 19 October.

Or we could just ban them.

Bans should have been banned years ago.

Ban political corflutes like they have in South Australia.

Justin Evans - 3 hours ago
Lights, bells and even boom gates aren't going to stop someone if they aren't watching the road View
John MacCallum - 8 hours ago
All level crossing collisions are avoidable. It just takes people to drive appropriately and not be complacent. See and avoid... View
Scott Turnbull - 9 hours ago
Layla Barry Tragic as these accidents are, it is simply not practical to place lights and bells at every single level crossin... View
News 1

ChrisinTurner - 3 hours ago
More people would use the bus if it didn’t get stuck in the same traffic jams. A bus lane is needed urgently. View
News 12

Dean Carlson - 5 hours ago
Don’t let a noisy minority say they're talking on behalf of the town. This school is desperately needed and the proposed si... View
Kristy Norwood - 6 hours ago
I am 100% for the high school and it's location, as for the park it's government owned and they will do as they need, if they... View
savebungendorepark - 19 hours ago
We should be clear. This isn't about "us against them". Virtually everyone who's campaigning to save the Park supports a high... View
News 8

rationalobserver - 5 hours ago
Shooting is is the most humane and target-specific means of rabbit control available. It can be done quite safely inside sett... View
Stephen Saunders - 6 hours ago
In O'Connor, the worst infestation is along the Centenary Trail, at Bruce and O'Connor Ridges plus adjoining Nobby's Farm. Th... View
Lifestyle 2

Juliet Lautenbach - 19 hours ago
Meryl McKerrow I’m actually agreeing with you regarding those who cause the crashes. What I’m saying is that the slower s... View
Pete Notso Fatso - 20 hours ago
Once upon a time cars were sold on things like “power assisted disc brakes” or “RTS”. Nowadays it’s Apple CarPlay a... View
Steve Jones - 21 hours ago
Richard Watts that was on a straight bit of road........ View
Lifestyle 1

If you’re complaining about corflutes, spare a thought for the minor parties

The sport and politics of the corflute

@The_RiotACT @The_RiotACT
Researchers have discovered that the waters around popular holiday destination Narooma are a troubling barometer of climate change https://t.co/vbHjduTT7O (55 minutes ago)