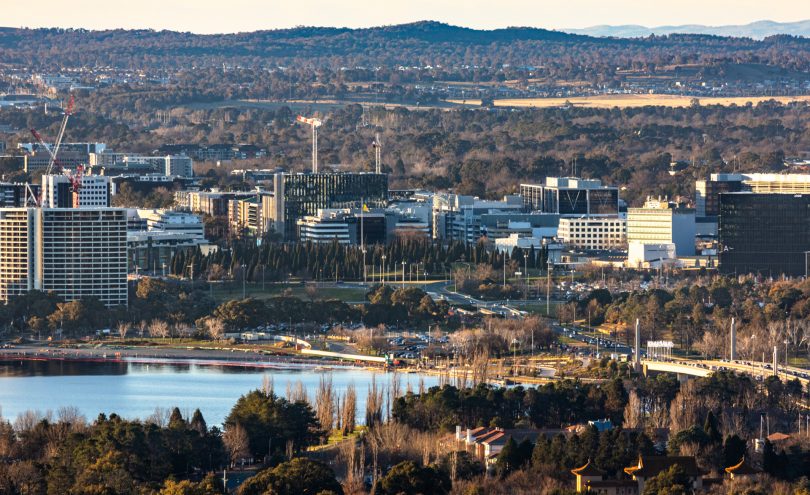 Canberra has been given another chance to get its city centre right ahead of a number of projects that will transform Civic and the lives of those who work, trade and live there.

Brisbane-based consultancy Urbis has been contracted to provide a City Centre Urban Design Framework that will contribute to a new City Plan, last updated in 2013.

The planning directorate said the two pieces of work were being undertaken in parallel as a single project.

The contract document says the framework must respect the planning history of the city and set clear expectations for the future of the city centre and its five character precincts.

The City Plan states that these precincts are defined by their main use or physical features and are City Hill, City North East, City South East, West Basin and City North West.

The planning directorate declined to nominate specific problem areas or challenges such as the run-down areas in and around the bus interchange, where to site a new interchange, the Sydney and Melbourne Buildings and the ongoing negative impact the Canberra Centre has on Garema Place and City Walk, or the continuing disjointed status of Civic and lack of a coherent identity.

But it said Canberra’s position as a ‘city in a landscape’ must be protected and that the inner hills and city layout continue to respect Walter and Marion Griffins’ designs.

“The City Plan will also provide best-practice urban design guidance to ensure we have an attractive city centre with vibrant and appealing public spaces,” the directorate said. 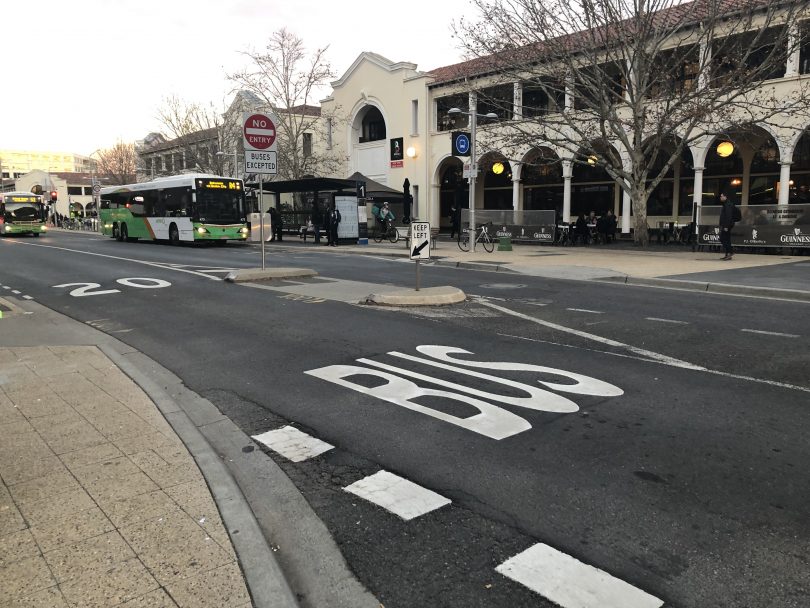 The city interchange is an ongoing issue. Photo: File.

In the years since the last City Plan was released, the city has undergone significant change including the redevelopment of former public housing into multi-storey mixed-use buildings on Cooyong Street, other high-rise residential projects, the Constitution Place development near the Assembly and Canberra Theatre buildings, and of course, light rail.

It is now preparing for the imminent start of construction on the second stage of light rail through City West to Commonwealth Park, more development on remaining surface car parks, the Cultural Precinct development, including a new Canberra Theatre, the development of West Basin where the controversial lake infill project is proceeding, and the proposed UNSW Canberra campus in Reid.

In the long term, there may even be a city stadium constructed to host NRL and Super Rugby matches.

Urbis is expected to provide an analysis of the current state of play in the city and identify any relevant urban design and planning issues, as well as projects that will influence the future of the city and how they could be achieved.

The framework should consider a range of design controls including building heights, floor and plot ratios, setbacks, building separation and access to sunlight.

It should also look at open space, privacy, vehicle access, facades, awnings and colonnades, landscape design and waste management, as well as the adaptive reuse of buildings and mixed use development.

Urbis is expected to name elements that need to be protected such as landscape features, views and vistas, as well areas that should not be overshadowed.

It will also explore ways to bring the urban and public realms together.

The final Urban Design Framework is due to be delivered 12 November and will be incorporated into the City Plan which is expected to be released in 2022.

Why Rugby only field?

So it doesn’t get used in Summer? Best make it all round and get some AFL games too.

$195k only gets you a nice glossy document outlining whatever the requestor wants.

This reminds me of the ridiculous transport plans for Canberra they develop and release every two years, without ever achieving the lofty goals and promises they contain.

I wonder if they will tackle the continued removal of street trees on Cooyong Street that started with the illegal Skate Park which made street trees impossible.