Elf on the shelf: The adult version

I think as you get older, Christmas presents become less of a thing. Most people, generally have what they want or need already. My partner and I certainly fall into this category. So last year we decided to scrap gift giving and instead put money into a savings account for our next holiday. Even though this is a wonderful idea, I think there is something truly special about celebrating Christmas and opening a gift on Christmas Day. I knew though, that if I bought Mike a present for Christmas and he hadn’t bought me one, that he would be disappointed, which is fair enough; a deal’s a deal.

So I racked my brain to find a way that I could still doing something nice and Christmassy for Mike, at a low cost, that wouldn’t be a gift. Boy, did I struggle!

My boss mentioned to me that Eckersly’s sell advent calendars that you build and decorate yourself. This advent calendar has draws that you can put little bits and pieces into, instead of chocolate. I jumped straight onto their website and placed an order for an advent calendar. By the time it had arrived, I had talked myself out of it. 1. I didn’t really have time to build and decorate this thing and 2. I honestly could not think of enough small items for a grown man to place in each draw. So I went back to the drawing board to come up with something else.

And then I thought: Elf on the Shelf!

Elf on the Shelf is originally a Christmas activity for kids. The idea is that the Elf is sent by Santa to your home to watch your kids throughout December and report back to Santa on their behaviour. So basically, you scare your kids into behaving because they think the Elf will tell Santa if they don’t behave. Each night while the kids sleep, the Elf gets up to mischief in the house and the kids wake up to the aftermath of whatever activity the Elf was doing last night whilst the kids were asleep. Long story short, they think it’s magical and hopefully behave themselves.

So, I had to think of a way to make this more fun and adult appropriate for Mike. There was just no way he was going to behave because an Elf said so.

I ordered my Elf from Ebay and waited for its arrival. In the mean time I had to think of a way for my Elf to arrive. On December 1, Mike opened the front door to find a package. Inside the package was the Elf, the Elf’s passport and a letter to Mike. The Elf’s letter explained that he had been sent to cause mischief in the house in the lead up to Christmas and that he also needed a name. Needless to say, Mike was very confused — it didn’t help that I was pretending that I knew nothing about what was going on. Mike just put the Elf down on the kitchen bench and walked away. Later I pretend to read the letter and told him that he needed to name his Elf. He chose Elf-Boy. Very original Mike! 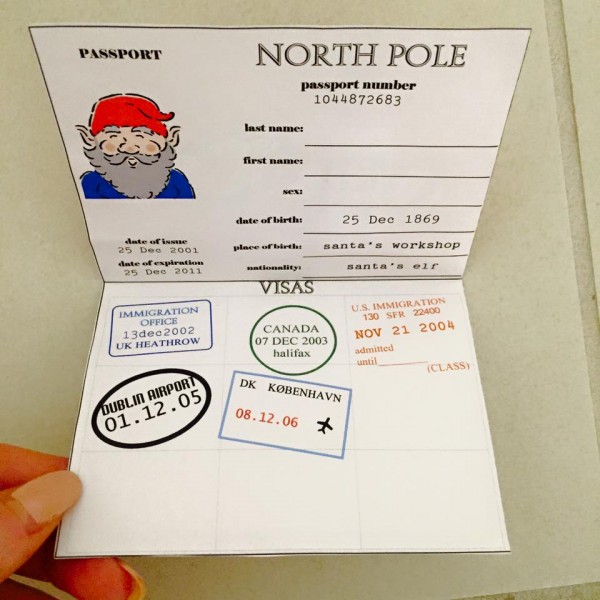 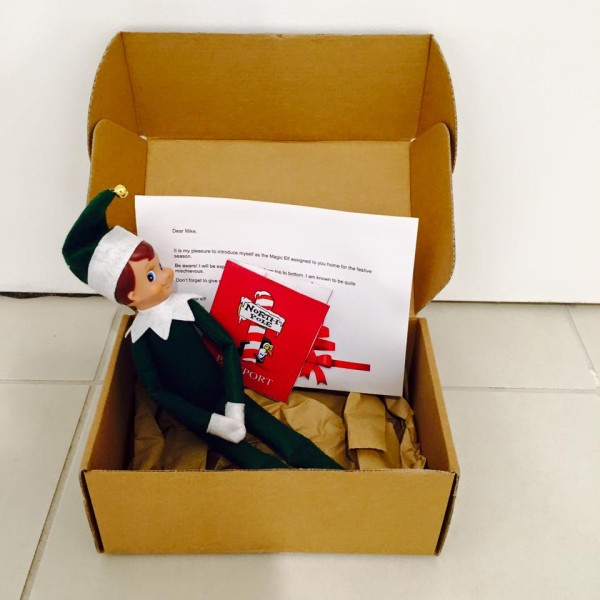 On December 2, Mike woke to find that Elf-Boy had eaten all the cookies, and apparently wanted more. Surprisingly, Mike played along, he went to the cupboard, got out more cookies and stuffed them into the jar. I had to quietly giggle to myself. It was quite endearing. 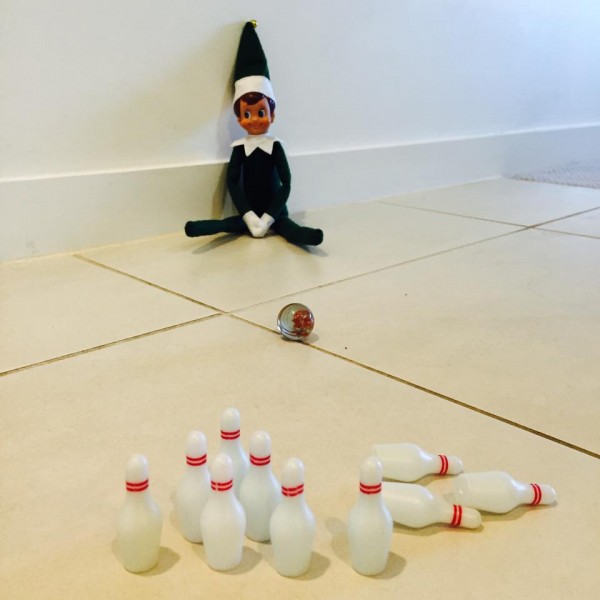 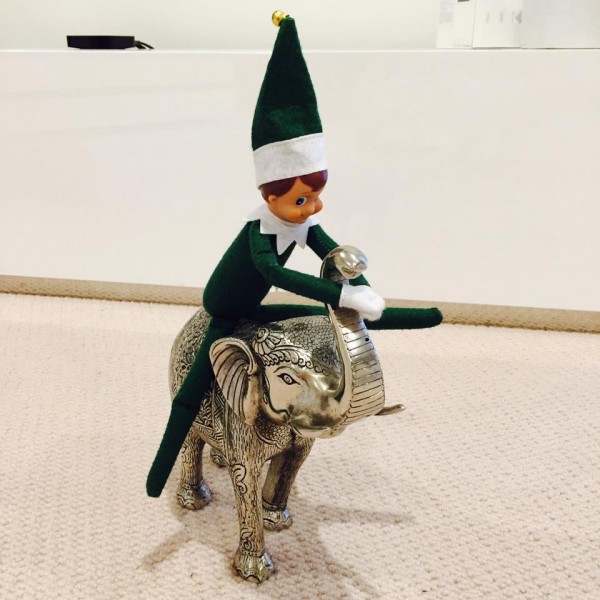 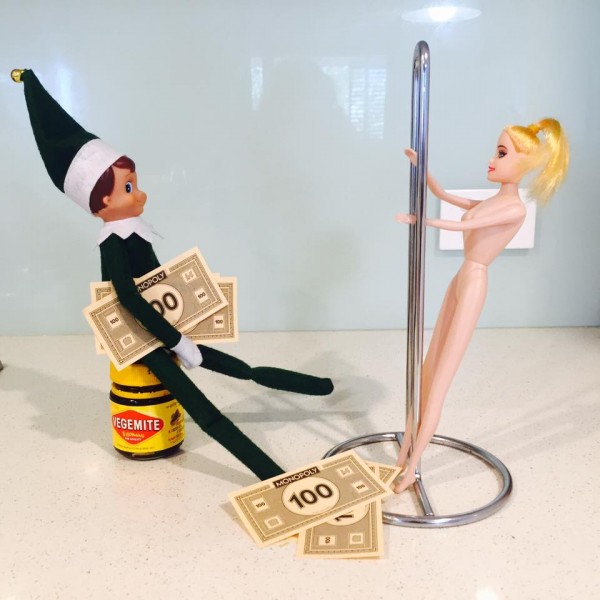 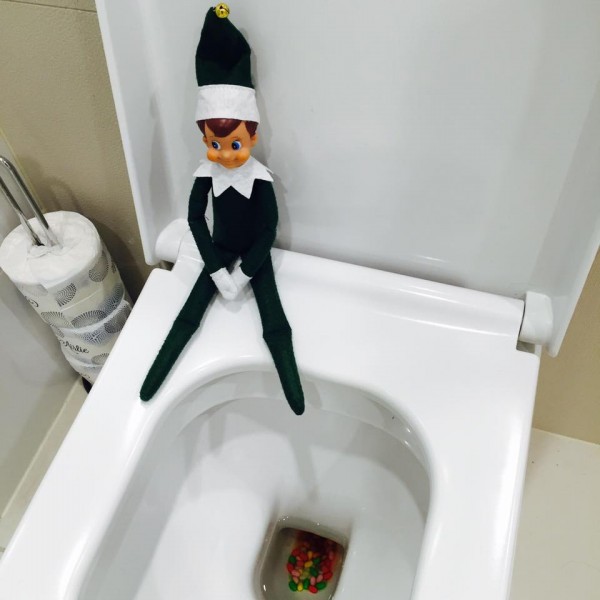 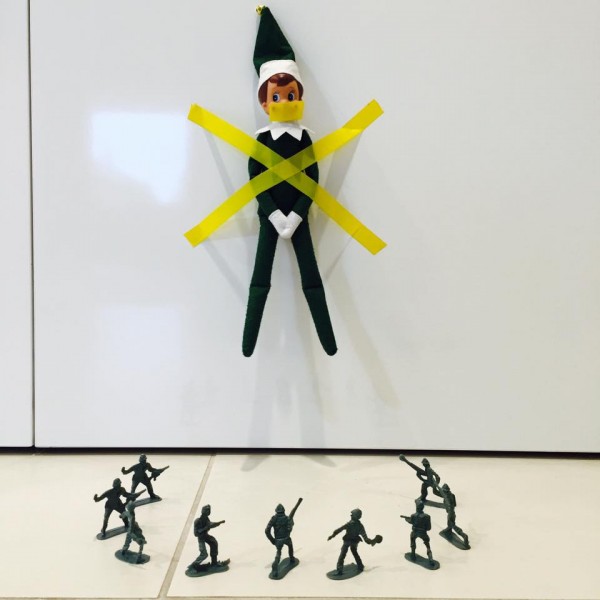 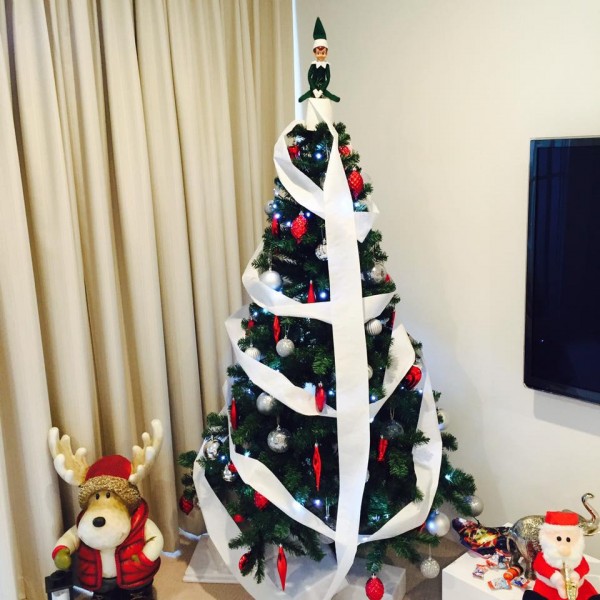 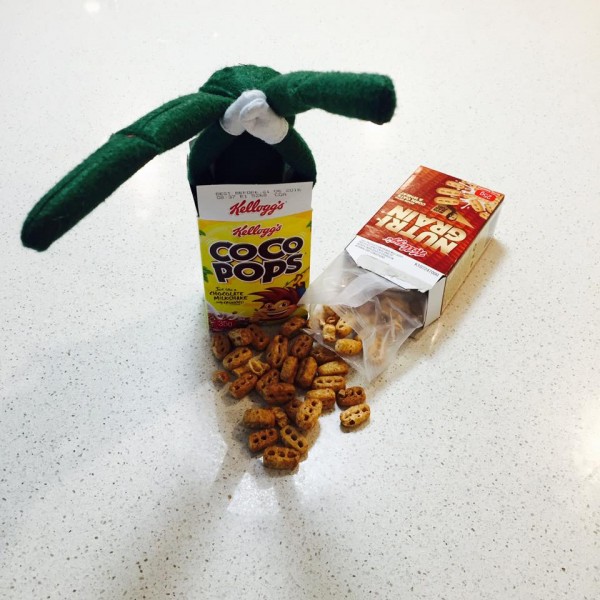 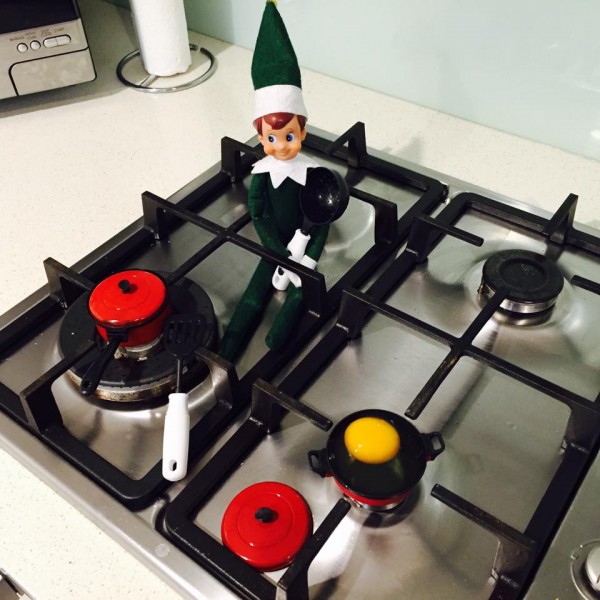 December 12. Elf-Boy made a flour angel. 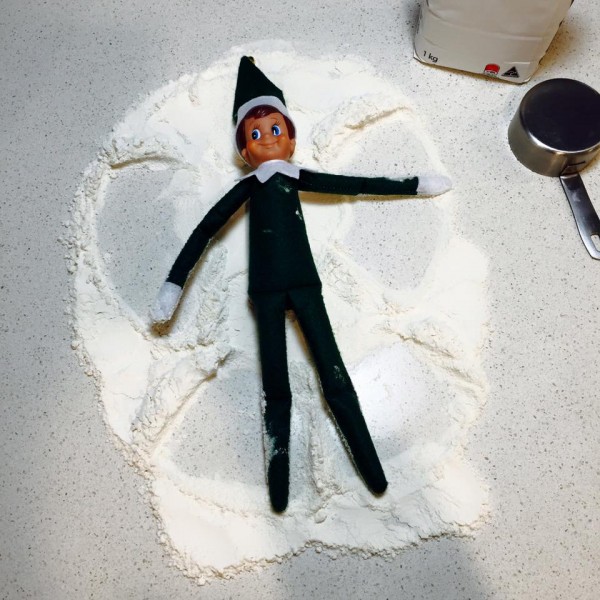 December 13. Elf-boy worked on his fitness. 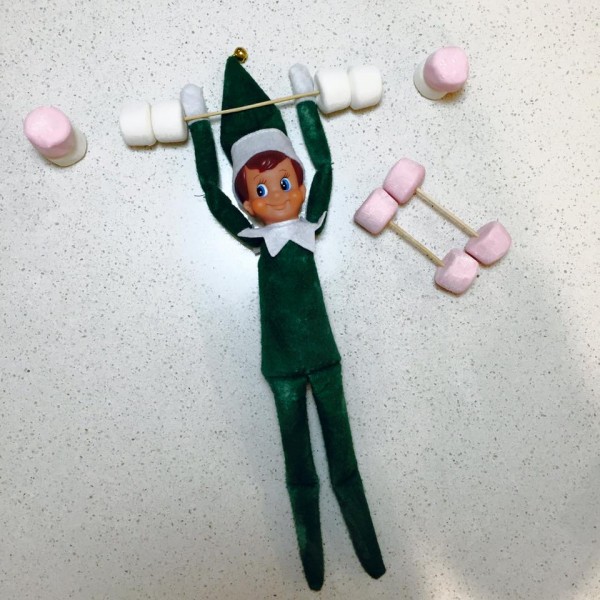 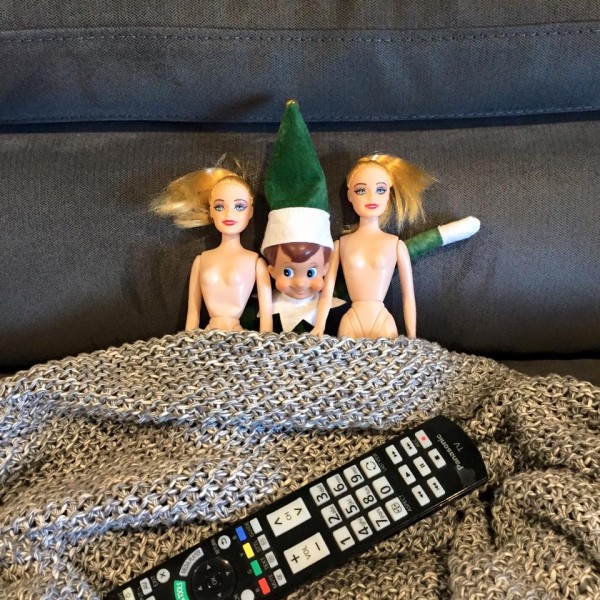 December 15. I think someone got a little jealous of the second Barbie …. 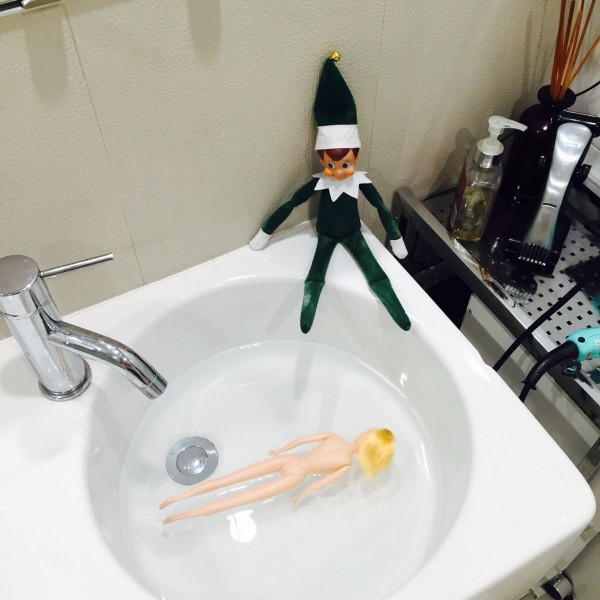 And the fun will continue, all the way to Christmas day …

I highly recommend Elf on the Shelf if you have the time; I’ve had to wake up about 15 minutes earlier then Mike to set up, and other than that I would recommend being organized because you need a few props. It’s been a whole bunch of fun for Mike and me; even our Facebook friends have been watching with anticipation. Something to think about for next year … a new Christmas tradition maybe?

Have you been playing along with Elf on the Shelf? Adults or kids versions? What are your stories from the month?

Tags christmas elf on the shelf

3 Responses to Elf on the shelf: The adult version
Filter
Showing only Website comments

Mind you, that netflix ‘n chillin’ looks to be more Bill Shorten with the Sales twins than Malcolm Turnbull! : 0

Aahahahaha, yes. This is so great, Sophia. Last year I saw a friend (with kids) doing it and I thought it was such a fun idea, I was going to do it this year but I completely forgot until I saw FB posts last week… oops! You’ve done such an awesome job with this, really funny – especially “netflix and chill.”

Benkin Manfish - 1 hour ago
That might even work, if there was any evidence that they could do an even half way decent job.... View
Lyn Kemp - 9 hours ago
ACT Liberals - the same as the federal LNP - no policies, no idea!! ABSOLUTELY NO WAY!!!... View
Megan Baker-Goldsmith - 13 hours ago
Wayne Lutter lol had to go back 40+ years to find a now deceased labor politician to try and blame. Cool story bro.... View
News 78

Jeff Smith - 17 hours ago
Nailed it! If the ACT Government employed active and skilled inspectors to properly audit buildings during construction we wo... View
Rohan Peek - 17 hours ago
If they were built properly in the first place the strays and body corps wouldn’t have half as many issues View
Jean Hardy - 19 hours ago
Vicky, are you formally exx manger from pacific place appartments View
Opinion 1

A liquor shop in Belconnen was robbed yesterday evening (16 February) by two men who stole cash before fleeing on...
*Results are based on activity within last 7 days