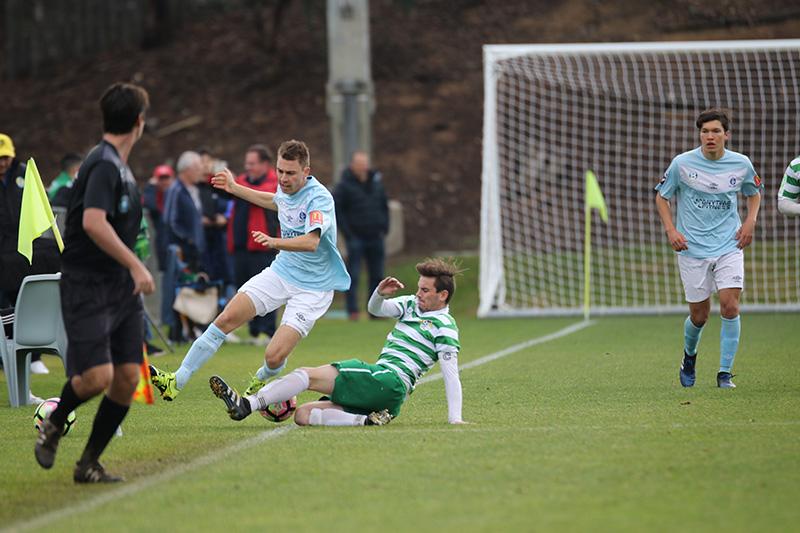 Belconnen United & Tuggeranong United will meet this weekend as the PS4 NPL finals begin to shape up.

After the eyes of the Canberra football community turned to Perth and the FFA Cup on Wednesday night, the focus this weekend is purely local as we enter another big weekend of football.

The NTC Challenge finished up yesterday at the AIS, with a number of ACT players selected in the All-Star teams. Local referee Angela Gray was also picked to take charge of one of the finals.

Today, Belsouth Football Club will host their Pink Socks day at Hawker fields as they look to raise five thousand dollars for Breast Cancer. With nearly 600 pairs of socks sold, the fields will be bright for a fantastic cause.

In the PS4 NPL the top four race is heating up, with just five points separating third to seventh place. With some big matches ahead this weekend including Belconnen United taking on Tuggeranong United, the race to the finals is one to keep an eye on!

The PS4 NPL Women’s competition is also coming to an end and Belconnen United set to grab the title in the coming weeks. However the fourth spot in the finals is still up for grabs, and the two clubs in contention for it face off this weekend as Tuggeranong United host Woden-Weston FC at Greenway.

So with a massive weekend of football coming up throw on some warm clothes and get out to a game if you can, it’s sure to be a belter!