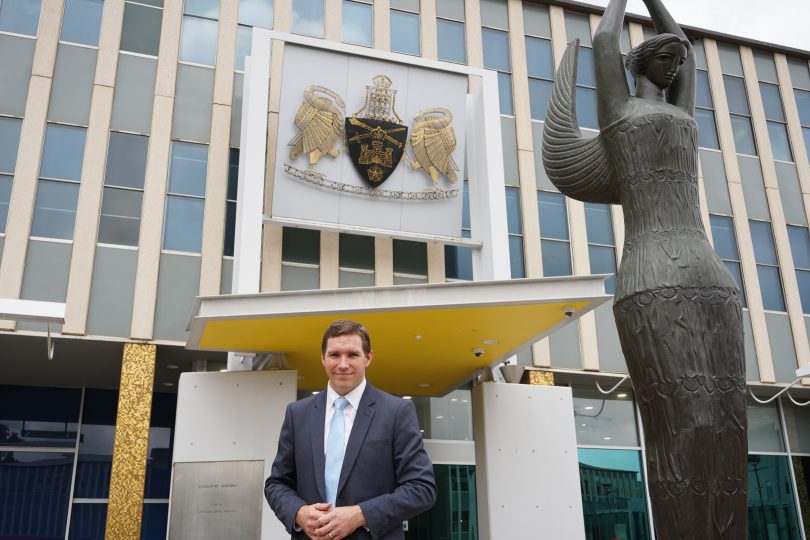 Mr Coe first announced he would resign in January, after initially saying he would stay on despite the Canberra Liberals’ defeat at last year’s ACT election. He resigned the leadership which was won by Elizabeth Lee.

His resignation will trigger a countback of votes in his Gungahlin-based seat of Yerrabi, which will likely see former Liberal MLA James Milligan re-elected after losing his seat last year.

Depending on the flow of preferences under that Hare-Clark electoral system, there is also a chance that Liberal candidates Dr Krishna Nadimpalli or Jacob Vadakkedathu could be elected on countback.

Mr Coe was first elected to the Assembly in 2008. He became Opposition Leader in 2016.

Despite ruling out a future tilt at public office, Mr Coe said he would remain a member of the Canberra Liberals, a party he joined when he was just 16.

“While I am not sure what is next, I do know it is time for a change,” he said. “It is the end of the line for me being front of house.

“[But] politics is in my blood, I love this city, I love this country and I want to do everything I can to continue to contribute to its success.”

Mr Coe said he was proud of what he was able to achieve in opposition, including changes to the bus network, tabling legislation for an ACT Integrity Commission ahead of the government and exposing land deals.

“Opposition is tough. It is like being in the cockpit of a plane. You can see the controls but you cannot touch them – you are so close, but an inch is a mile,” he said.

“When you go into politics, you go in with ambition and aspiration and a real desire to make changes.

“[But] in opposition, you can do some things and there is still an important role for the opposition.” 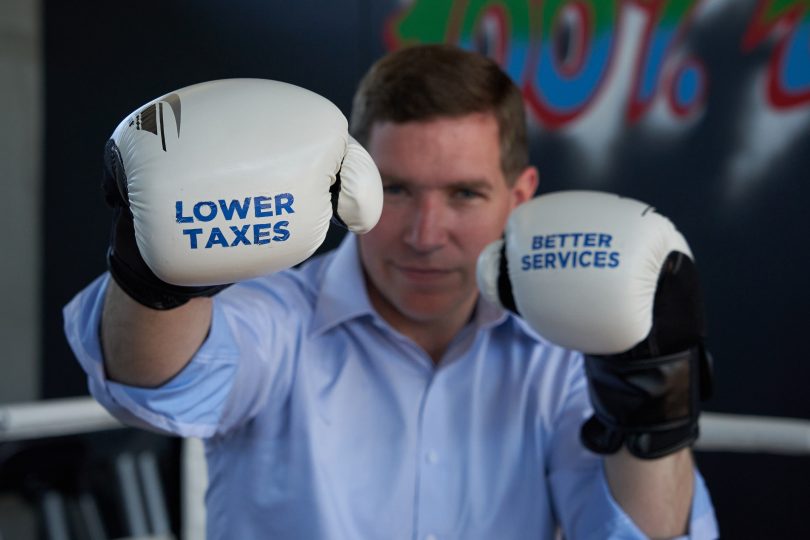 Alistair Coe engaged in a stunt-fueled campaign to try and cut through last year. Photo: supplied.

The Canberra Liberals faced an uphill battle at last year’s election, needing a majority of seats to win Government – which has only been done once in the Territory’s history – and going up against incumbency during a pandemic.

Many expected a closer showing between the two major parties, but the Liberals’ stunt-filled campaign resulted in the party losing two seats to the Greens.

Ms Lee said Mr Coe’s departure was a big blow to the Liberals, but she would still draw upon his wisdom and experience.

“Alistair has no choice [to remain an advisor],” she laughed. “He is going to get a lot of phone calls from me whether he likes it or not, in any capacity.

“When someone like the calibre of Alistair leaves the team, it leaves a big hole in terms of experience and expertise.”

Mr Coe had been Shadow Treasurer and also held the shadow planning and construction portfolios. His departure will trigger a Shadow Cabinet reshuffle just months after Ms Lee allocated portfolios.

Patrick Barrett - 47 minutes ago
Dylan your fault View
Sonia Irwin - 5 hours ago
Been watching this as a client. Gotta say a bit nervous is an understatement View
Justin Newbury - 5 hours ago
Whoopsie. View
News 15

Evan James - 4 hours ago
Well said, Tim!✔ View
chewy14 - 6 hours ago
"And the federal border force was happy to let other players through, on the same exemption, before ND arrived." Who were the... View
LietDao Do - 6 hours ago
… I don’t want to see/talk about him anymore… let it past. View
Opinion 144

From the Murray River to political currents: James Milligan’s journey to becoming an MLA