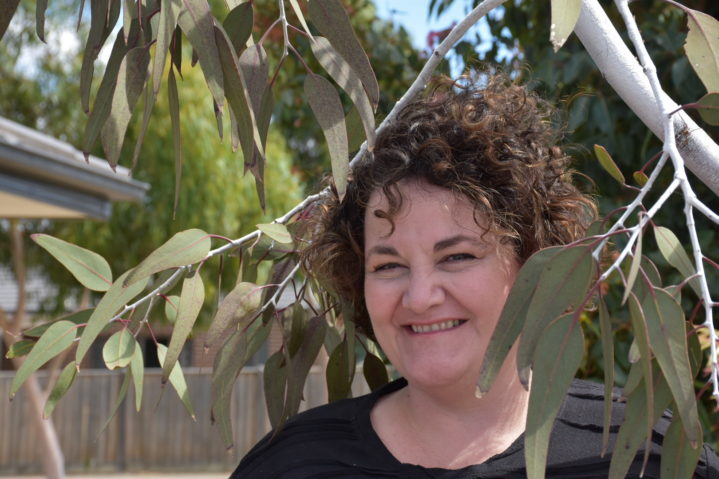 PhD scholar at ANU, Lisa Conway, credits her time in small rural communities to where she is now. Photo: Supplied.

Life at the Australian National University is a long way from being called a ‘tip rat’ for Lisa Conway, whose research to make the Australian Public Service (APS) more culturally aware is just a small step away from adding the title of ‘Dr’ to her name.

Ms Conway also no longer lives in her car after earning the ‘tip rat’ term from rich families in her former hometown in a small rural community in western Victoria.

“My primary school was very small,” Ms Conway told the Services Australia website. “Most of the children were from the rich local families who owned the surrounding farms. And then there was me and all my cousins. We were known as the ‘tip rats’.

“On my first day at school, I got a ruler across my fingertips. This was to remind me that I was a ‘tip rat’ and that I was expected to behave or I would get more of the same. I was five.”

As a proud Indigenous woman, Ms Conway is focusing her research on building a better understanding of the perspectives of Aboriginal and Torres Strait Islander customers and staff in the APS.

Staff at Centrelink helped her secure a scholarship through the Sir Roland Wilson Foundation at the Australian National University to begin a PhD researching the social implications of cultural responsiveness in the public service.

“It’s more a focus on your own culture. And these skills are transferable, not just for working with Indigenous people, but other diverse groups as well.”

Ms Conway has plenty of lived experience to draw upon. She lived through crisis while her parents were in state care from young ages, and her father lived on the streets of Melbourne by age 13.

She became the first person in her family to finish high school and then lived in her car before getting her first job as a customer service officer with Centrelink. Ms Conway then secured a social work role and moved into more secure housing.

She credits a Centrelink officer for sowing the seed to change her path at a critical time in her life.

“Having a baby changed my life,” said Ms Conway. “All of a sudden it’s just like, wow, I’ve got this other person who is so much more important than me.

“So I went back to Centrelink and asked what I could do. I met with a careers counsellor and we figured out I’d be suitable for social work.”

She draws on her lived experience as a reminder that people living in crisis are primarily caught up in survival.

“I always try to make Centrelink officers aware when they’re trying to help someone that just because you feel like you didn’t get somewhere that day – it doesn’t mean you didn’t,” she said.

Ms Conway’s research and PhD study has given her the chance to meet with prominent Aboriginal Australians and she is starting to embrace what completing her PhD will mean.

“I can’t wait until I can put ‘Dr’ on my flight profile so they welcome me to the plane as ‘Dr Conway’ – it’ll be the first thing I change,” she said.

“The research I’m doing will hopefully guide initiatives and employment strategies aimed to get more Indigenous people into leadership roles in the public service.

“With all the things I’ve achieved – and it seems a little surreal at times – I really hope people can get some inspiration from my journey. My hope is to be seen as an example of what Aboriginal women can accomplish, not an exception.”

Savita Ubhe - 1 hour ago
Joel Suryawanshi wow domestic violence seem to be a huge issue there. Sad! View
Margaret Freemantle - 9 hours ago
Tegan Martin not sure what the answer is. Somehow, there has to be some pride instilled - perhaps well kept places get reduce... View
May Mac - 9 hours ago
Is the government competing with everyone else to book tradies in to do work? Why don't they have their own, like they used t... View
Food & Wine 12

Helen Mangos-Chadwick - 4 hours ago
What a beautiful photo, well done Dennis!!! 👌... View
Lorraine White - 9 hours ago
Really good food and such great people. Love it. View
Kathleen Brooks - 11 hours ago
Juha Turunen this is what I was talking about. View
News 81

Nada Krstin - 5 hours ago
Jo Hann see my recent post to reply to your "if you pay tax, you should have an option to vote for the government that spends... View
Nada Krstin - 6 hours ago
Jo Hannwow Jo, so you are a subject matter expert in employing tradie apprentices? You have been an employer have you? Plus a... View
What's On 16

James Hutson - 10 hours ago
Josh Ongley so you’re supporting or dissing me? Hard to tell View
Josh Ongley - 11 hours ago
James Hutson yeah because it’s not important to us In Australia we are a multi cultural society 😂😂😂 View
Food & Wine 7

bd84 - 11 hours ago
There’s always many “what about...” for things that people think are worthy. The budget isn’t a bottomless pit and th... View
HiddenDragon - 11 hours ago
"Whether the Coalition has traded in the debt truck or just parked it out of sight until needed remains to be seen." That par... View
Trevor Hicks - 13 hours ago
Jason Duarte Thanks to the ACT government... View
Opinion 94