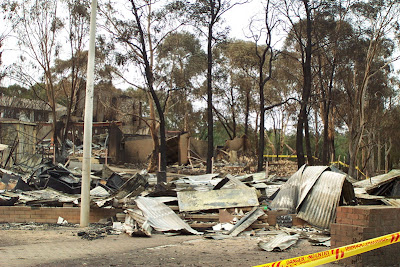 The benefit evening to raise money for a replacement Scout hall in Duffy (destroyed in the 2003 fires) for the Stromlo Forest group is going to be an unusually star studded event.

On top of a three course dinner with wine and other drinks the music will be coming from the legendary Kamahl and the Royal Australian Navy Band.

The keynote speaker will be the highly entertaining US Ambassador Jeffrey Bleich, and the auction and raffle items includes the slouch hat worn by Major General Jeffery AC, AO (Mil), CVO, MC (Ret’d), 24th Governor General of Australia and Commander in Chief of the Australian Defence Force 2003-2008.

The slouch hat was worn by Major General Jeffrey on numerous official military parades, taking the salute at ANZAC services, graduation parades, visits to Australia’s servicemen and women in Iraq and welcome home parades. A large number of other impressive items will also be auctioned on the night.

Tickets are $120pp with a discount for tables of 10. To book visit www.act.scouts.asn.au or call the Office of ACT Scouts on 62825211 for more information, or to bid for auction items via a proxy.

The items up for auction include:

— An amazing and unique Royal Military College package. It includes an evening meal for two at the Officers’ Mess, Duntroon House hosted by an Officer, accommodation for two in the Campbell Room (exclusive and highly regarded VIP suite) and an escorted tour of the Royal Military College, culminating in a supervised and coached shoot on the Weapons Training Simulation System.

— Basketball signed by the Canberra Capitals winning team in the WNBL Grand final – 2010.

— Greyhound Australia 4 Tickets Canberra/Gold Coast/Canberra. These tickets may be used as one collective family group prize or for two couples or four individuals. Included in the package are 2 day family passes to Dreamworld.

— Professional training/facilitation services for one day for 20 people by Adrian Walsh and Associates – Canberra.

— Two nights accommodation in a one bedroom apartment at the Medina Apartments Hotel in Sydney combined with a family pass to Taronga Park Zoo, and one bridge climb ticket.

— One performance by the City of Queanbeyan Pipe Band at a corporate or private function.

— Two hour performance by Pisco Sour Jazz Band at your own venue.

— Another unique experience, two tours of the Parliament House Gardens for 12 people.

— An exclusive tour of the Mount Stromlo Observatory for a small group and a viewing through a telescope.

— Biography of John Howard signed by the former Prime Minister specifically for this occasion.

— Behind the scenes tour of ABC Radio. This is a rare opportunity to experience the 666 Radio ABC Canberra radio program going to air for up to one hour. A group of up to 5 people will be invited into the Green Room for refreshments and to watch the program go to air and will then spend 10-15 minutes in the studio (but not going on air).

(Note these items are subject to change. Some may be included in raffle tickets for sale on the night. A final list will be available from ACT Scouts closer to the date. For more details please ring David Hull, 6258 1554 or 0409 581 554)

Having connections to John Howard?

Why are people so unkind?

Having connections to John Howard?

wow, that is a very impressive auction list. Hope it goes well for you all

Congratulations to whoever put together this list of items for auction. It is very impressive (with the exception of the John Howard biography) and you’ve put in a lot of effort, very successfully.

Ahhgh! This would be awesome night but I’m out of town.

Annette Hemsley - 19 minutes ago
Should be up to each business to choose what they want to do and it’s also the choice of each person if they go into an est... View
Capital Retro - 2 hours ago
I recently discovered some old papers belonging to my late father. Among them was an "Identity Card" Form C.R.3 which was iss... View
Hans Dimpel - 5 hours ago
Tod Davis which rules and who is speaking them? Are you sure you aren't being influenced by rightwing conspiracy pages with a... View
News 138

@The_RiotACT @The_RiotACT
If you've even been swooped by a #maggie, spare a thought for delivery #drones in Harrison. Some streets have had their deliveries suspended because of a territorial raven. Watch the video here https://t.co/Kx5ofNBuWF (57 minutes ago)