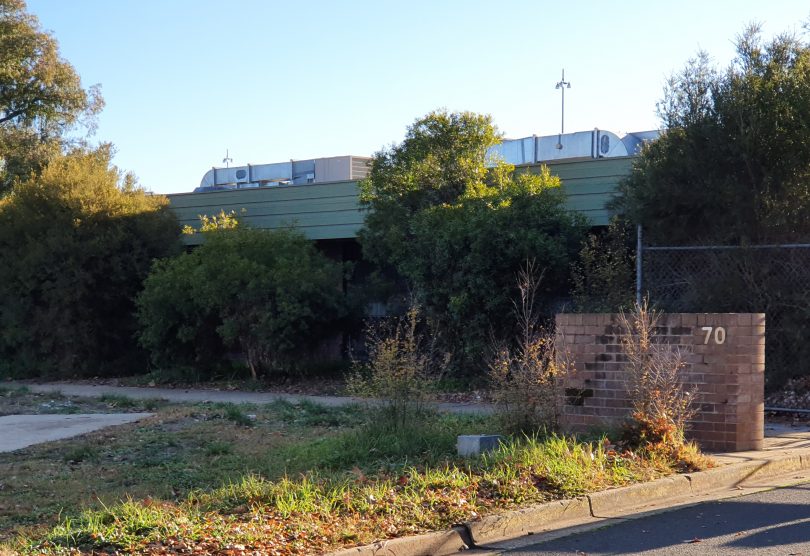 The property is situated within an area identified as a future growth corridor and the immediate area is home to a number of large Commonwealth and local agencies. Photo: Region Media.

The substantial 7,640 square metre parcel at 70 Allara Street was sold by Andrew Stewart and Stuart Cox of Savills Australia, who said the site was underpinned by a strong urban renewal program in the ACT and a shift to creating dense urban precincts in Canberra.

Among the projects on the drawing board, Mr Stewart cited Stage 1 of the Capital Metro Light Rail, the planned Civic to Woden Light Rail Stage 2 route, the ACT Law Courts PPP and new ACT Government Headquarters.

“All of these projects are located within a 10-minute walk of 70 Allara Street,” Mr Stewart said.

Savills says both the National Land status and the 99-year Crown lease offers unrestricted residential uses for 70 Allara Street, as well as broad range of complementary uses including office, retail and hotel. 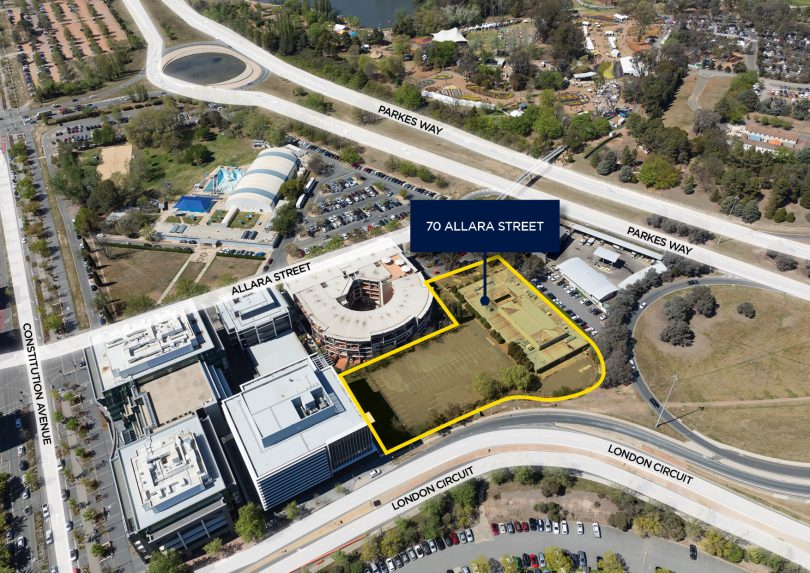 Aerial view of the site at 70 Allara Street. Image: Savills.

The site at the southern end of Allara Street near the Canberra Olympic Pool, can accommodate buildings 25 metres high and has a 96-metre long frontage to London Circuit.

A Geocon spokesperson said that while the company had no specific plans as yet for the site, the goal was to develop it into a mixed-use residential precinct as per the zoning and conditions of sale.

It would join the nearby 520-unit residential precinct Geocon is developing in Reid opposite Glebe Park, including the Metropol, Tryst and Envie projects.

Minutes off the southern end of City Walk and the entrance to the Canberra Centre, the site’s big selling point is convenience, says Savills.

The property is situated within an area identified as a future growth corridor and the immediate area is home to a number of large Commonwealth and local agencies, as well as Casino Canberra, the National Convention Centre and the pool, which has been touted as the site for city stadium.

The University of NSW Canberra, in partnership with the ACT Government, is also planning to develop a new campus on the site of the current CIT Reid on Constitution Avenue.

Director of Residential Site Sales at Savills Stuart Cox said there had been a significant increase in interest for residential sites close to transport, retail and education facilities from a mix of individuals, well-established local developers, interstate developers and student accommodation groups looking to capitalise on the economy recovering sooner than expected.

Mr Stewart said 70 Allara Street had the ability to push the development envelope.

“No gross floor area restrictions will ensure Geocon can create a landmark design and maximise the final development yield,” he said.

Savills said that despite the implications of the COVID-19 global pandemic, 70 Allara Street was a sought-after property, with nine bidders in the first round shortlisted to three in the final round. 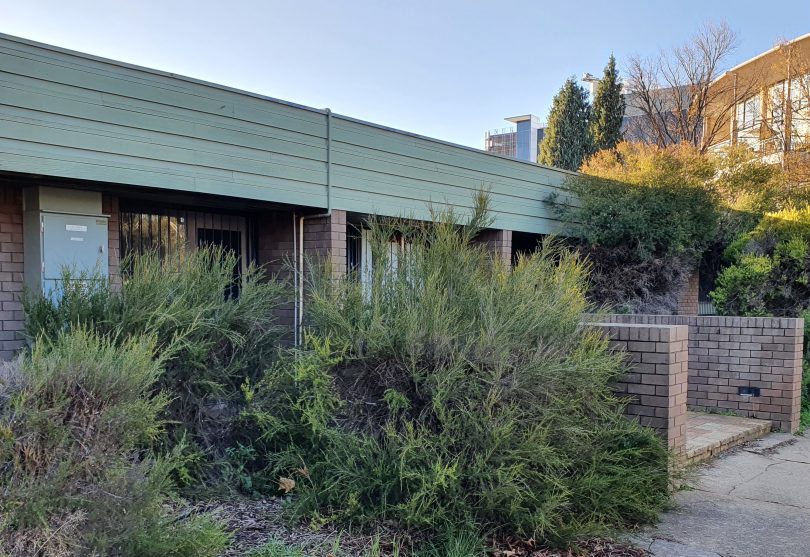 The site can accommodate buildings 25 metres high, and has a 96-metre long frontage to London Circuit. Photo: Region Media.

Canberra’s motto these days is – take something old and knock it down, replace with new irrespective of the history. Take away car parks and build buildings on them. Green spaces are opportunities to build too! One could be forgiven fot thinking the building industry runs Canberra. People don’t want something to go ahead – just use your call in powers to force it through. Why grow so fast Canberra?

Hope they build to standards - which btw have diminished over time

There goes another neighbourhood

Someone suggests “there’s a rental market there for sure……”

Doubt if it will be for international students though: https://www.insidehighered.com/news/2020/05/01/china-warns-australia-student-boycott

Can they not lol Joy Huang

Jasmine Pheng hahaha I tagged Jordan is this before

Baaa has his eyes on our pool. 😥

Yet another Geocon. Quick, get your hands on it before the election.

Julian Curran, not the missile silo!

Build a bloody suburb with trees,backyards and space🤬

On a side-note. What does mixed-use residential precinct mean?

Gabriel Spacca apartments with restaurants and businesses underneath.

More units. Is there a demand???

Frank Waters 3 University in a small radius. 4 if you count the UNSW at duntroon. Yer there’s a rental market for sure!

Ah Geocon at it again

Byron Carn if you are so worried how about you stump up the money to buy the property on the open market and building something that you think the city needs.

i don’t care what’s being built. It’s just always suss to me how many projects these guys keep getting

Robert Honeybone Snr have you seen what is there now? The picture is in the article. It’s a rundown slum now!

The entire city centre will turn into a slum! Along with the other town centres. High density housing turns areas into slums.

The ‘anti apartment’ brigade need to understand just how big a role property plays in our ACT economy.

Jim Roy so build houses. It's not like we have a shortage of land.

To build houses and suburbs you need infrastructure and transport - we live in a planned not grown city with huge opportunity to infill and build sustainable developments.

Get out of the bubble people, the land is there.

The pro-apartment brigade need to understand that in the recent downturn, the only part of real estate that has suffered a fall in demand is the apartment sector. But hey, let’s keep telling people it’s a good investment.

Gabriel Spacca it’s not a hospital & developers only build if they think people will buy - and they appear to be doing so?

Gabriel, are you sure? What’s your source?

Jorge Gatica exactly! If you want to live on top of each other, move to another country!!

Jim Roy appearances can be deceiving! I believe a lot of apartments are vacant. Developers only need to sell a percentage to begin building.

Robert Lang - 20 minutes ago
Kirsty Noad I work in the trauma operating theatre of Canberra Hospital. I have not seen any scooter injuries. I see major tr... View
Robert Lang - 22 minutes ago
I too gave a hearing disability. I stand to the left of all shared paths. No problem. View
Robert Lang - 23 minutes ago
Cheryl Thuillier yep, and let’s make car drivers wear helmets too. After all, car crashes are the number one cause of head... View
Opinion 55

Luke Costanzo - 40 minutes ago
Michael Pearson zero facts or fact checking. All conjecture and clickbate. Try again View
Julie Macklin - 59 minutes ago
I had my first Astra Zeneca vaccination last Thursday. Initially all I had was a slightly sore arm, which soon faded. However... View
Luke Costanzo - 1 hour ago
Jeannou Zoides check mine out with the nice NHS logo. I had it 3 weeks ago and I am still alive. Problem with the anti vax co... View
News 1

ChrisinTurner - 50 minutes ago
I hope the panel addresses the problem of attracting technical specialists like engineers and certain IT people. The current... View
Food & Wine 41

sprintman - 3 hours ago
Gave up on 2CC in the mornings shortly after Stephen Cenatiempo started. Nothing but right wing nonsense from start to finish... View
Food & Wine 45

Canberrans under the age of 50 will be shepherded towards the Pfizer vaccine at the Garran vaccination hub instead of receiving...
Food & Wine 42

The scaffolding and temporary fences have come down on the corner of London Circuit and Constitution Avenue to reveal the...
News 41

It's no secret to locals that the Garran shops are thriving at all times of the week. But business owners...
Motoring 40