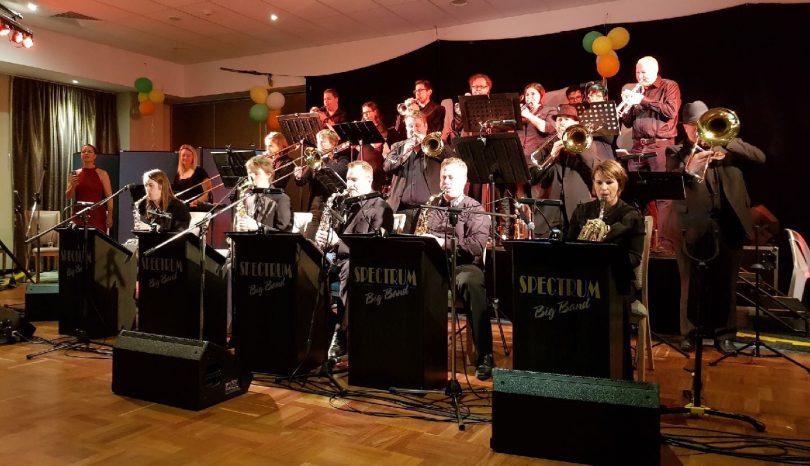 Spectrum Big Band swings up a storm. It will be one of two bands featured at the April 6 event. Photos: Supplied.

Music from Basie to Bublé and beyond will be performed as Canberra Big Band Collective launches the first in their series of Around the World public events for 2019 on Saturday, 6 April.

The ‘hot swinging’ big band night of music will feature two Canberra bands, ‘In Full Swing’ and ‘Spectrum’, and is being strongly supported by Canberra’s thriving swing dancing community.

It aims to provide an upbeat introduction to the year – with people advised to get their dancing shoes on.

“The community has responded really well to our concerts last year so we look forward to another great season,” said Musical Director for In Full Swing and CBBC Coordinator, Beth Way.

“Canberra has a thriving Big Band scene with nearly 10 community big bands and many more in the school system and universities. Canberra Big Band Collective aspires to bring these bands together from time to time to work and play together,” said Ms Way. 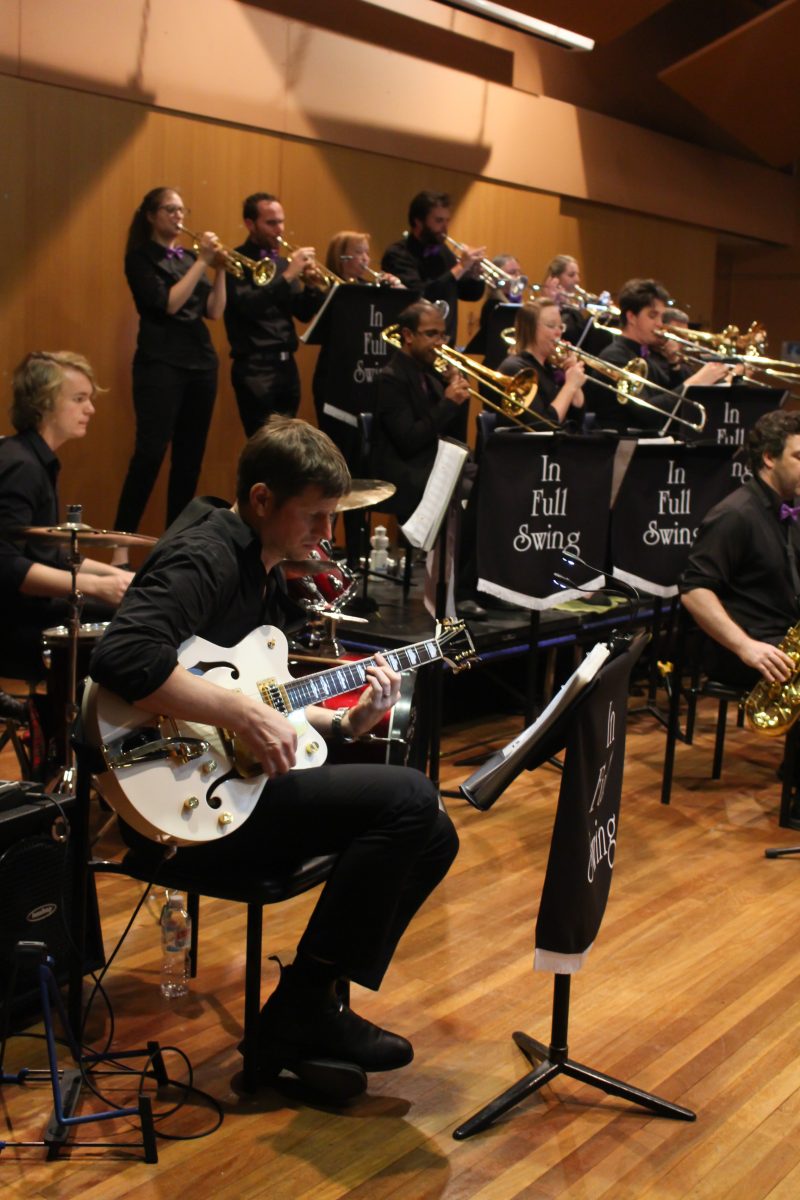 ‘In Full Swing’ in action.

“If you love the sound of a Big Band or Jazz Orchestra either to listen or dance to, then we would love to have the community’s ongoing support for Canberra Big Band Collective events.”

“It’s one really nice way to bring Canberra’s musicians together and engage the broader community, there’s something for everyone here,” said Musical Director of Connexion Big Band, Sally Greenaway.

Around the World will be held on Saturday, 6 April and run from 6:30 pm to 8:30 pm (doors open 6 pm) at the Canberra City Band Hall, Phillip Avenue, Watson.

Food (BBQ and snacks) and drinks (soft drink, beer and wine) will be available for purchase on the evening.

Tickets cost $20 for adults, $10 concession and $5 for children under 13. Family tickets cost $45 and include two adults and up to three children. They can be pre-booked online here. Tickets will also be sold at the door for slightly higher prices.