Guns and drugs in Rivett 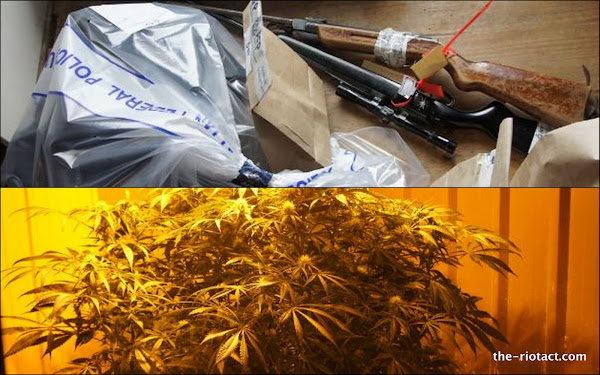 ACT Policing has seized a number of firearms and cannabis plants after a warrant was executed in Rivett early this morning (August 24).

Around 5am, ACT Policing officers from Judicial Operations and the Firearms Registry executed the warrant at the Rivett house.

During the search of the house, police located a hand grenade, fireworks and a number of firearms.

The hand grenade was rendered safe by the ACT Bomb Response Team, and removed from the location by the Australian Defence Force.

During the search of the garage, police located a concealed room which contained a hydroponic system and six cannabis plants.

A 41-year-old man was arrested and conveyed to the ACT Watch House where he was given bail. He will face the ACT Magistrates Court at a later date.

Is it this champ?
http://the-riotact.com/sleeping-with-a-loaded-shotty-under-the-bed-maybe-its-time-to-move-out-of-home/71727

Or is Rivett developing a bit of a theme?

Gobin was born in 1975 so no. Given that alleged rapists and some killers get bail then no surprises here.

Under the circumstances that the ACT Courts Suck

Is it this champ?
http://the-riotact.com/sleeping-with-a-loaded-shotty-under-the-bed-maybe-its-time-to-move-out-of-home/71727

Or is Rivett developing a bit of a theme?

Hmm, this will do nothing to enhance our reputation as the Arcadia of the South.

@the_riotact @The_RiotACT
The ACT has recorded its 12th #death in the latest #COVID outbreak as well as eight new cases in the 24 hours to 8 pm last night https://t.co/L2fS7vdJgk (35 minutes ago)