Let us take your development
to the next level.
1 July 2022 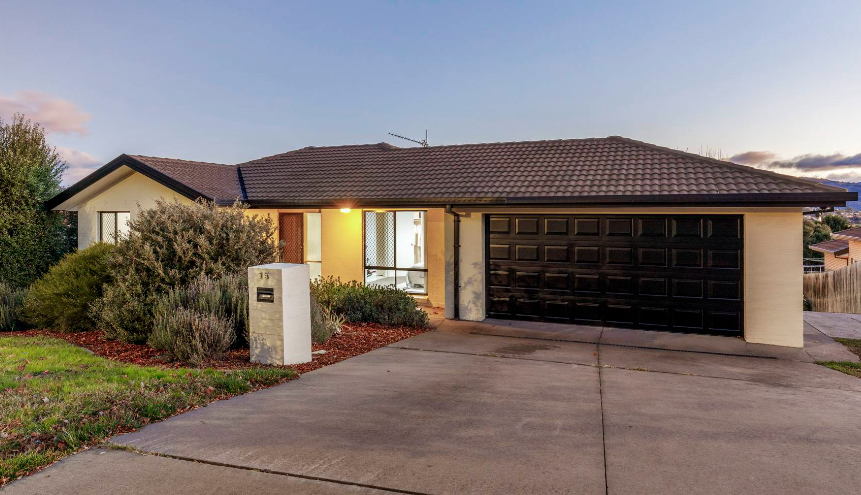 On the money: this five-bedroom home at Conder sold for $1.1 million last weekend, just above the ACT average. Photo: Luton Properties.

Canberra house prices have bounced back from their first fall in nearly three years in May to end the financial year with a slight increase despite rising interest rates and a bleak winter.

The latest monthly data from CoreLogic shows an overall increase of 0.3 per cent in June, reversing the May decline of 0.4 per cent.

The median house price sits at $1,065,317, the second-highest in the country behind Sydney, with a gain of 15.8 per cent for the financial year.

Demand for houses and land remains strong, evidenced by the thousands who missed out in the latest ballot at Ginninderry.

But prices cooled for units and townhouses.

After rising 0.9 per cent in May as houses dipped, in June, units and townhouses could only manage 0.3 per cent, the same as for houses, pointing to the interest rate environment starting to bite at the lower end of the market.

Next week the Reserve Bank is likely to hike rates again, with some analysts suggesting it could be a 0.5 per cent jump.

This will further reduce the pool of buyers willing or able to secure the finance needed to meet Canberra’s record-high prices.

The median price for all dwellings is just under the million mark at $937,568, while for units and townhouses it is $629,531, again the second-highest in the country after Sydney. 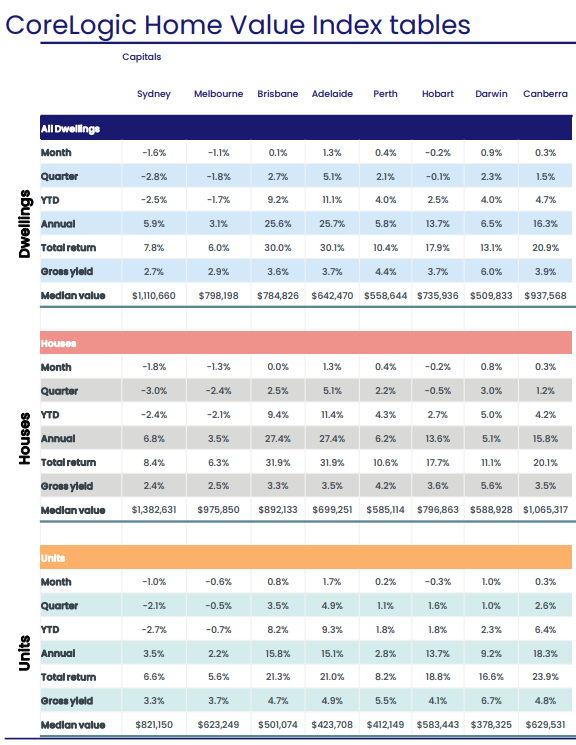 The cooling market needs to be seen in the context of the extraordinary growth in Canberra’s property values over the past couple of years.

For most of that time, house prices led the way but in the past year units and townhouses have outpaced stand-alone properties, rising 18.5 per cent.

This year price rises have slowed considerably as a lack of affordability, soaring inflation and higher interest rates conspire to put a brake on the market.

House prices rose 4.2 per cent over the six months to 30 June, while units and townhouses went up 6.4 per cent, pointing to a greater availability of medium and high-density properties and buyers opting for more affordable purchases.

Auction clearances have also fallen consistently from their highs early in the year to be below 60 per cent in June.

Last weekend, one measure had them at 53 per cent and another at 55 per cent.

Topping the list was a four-bedroom Woden Valley property in Pearce, sold by Independent Woden for just over $2 million, while the median result continued to decline to $892,500.

Falls in Sydney and Melbourne led to CoreLogic’s national Home Value Index declining for the second month in a row with a drop of -0.6 per cent.

CoreLogic says every capital city is well past their peak growth rate.

Research director Tim Lawless says surging inflation and the subsequent interest rate hikes are likely to mean the rate of decline in housing values will continue to gather steam and become more widespread.

He says unit markets are holding up better than houses across the largest capitals.

“The stronger performance across the unit sector comes after house values consistently outperformed units through the upswing,” Mr Lawless says.

“Since the onset of the pandemic in March 2020, capital city unit values have risen 9.8 per cent compared to 24.7 per cent for houses, resulting in better affordability across the medium to high-density sector.”

He says the extent of price falls will vary from city to city, and strong labour markets will be a key factor in supporting home values and mortgages.

But buyers will be hoping for some bargains in the coming months.