Getting back into Canberra life 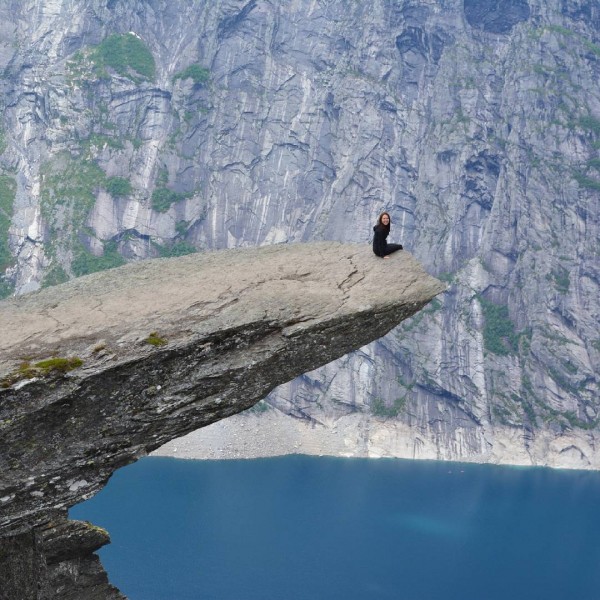 Hanging out on the edge of rocks became a standard activity for me overseas.

Rather than deal with Canberra winter I fled to spend the summer in Europe.

I know, I know … winter’s not that bad, but as a former Queenslander I’ll always choose summer over the coldest months.

After three months away, returning to the ‘real world’ and Canberra was more difficult than I had anticipated.

Going from major European cities to what is essentially a large town was a significant mindset adjustment, let alone coming off an adrenaline high after completing challenging hikes, exploring historical cities and meeting new people every day.

And I had to start again. I had given up my room before I left, not wanting to continue to pay rent while I was away, so I had no place to live.

Fortunately, I had a great network of friends who have offered me their couch or spare room until I find something more permanent.

I’ve started to investigate the housesitting option but there’s not a lot of choice out there with only 10 places listed on Aussie Housesitters for housesitting stints between now and the New Year – and when I looked into the September/October options many had already started talking to possible housesitters and I was too late.

Unfortunately the unpredictable nature of my job means sometimes I have to travel at short notice – which may preclude me from housesitting and looking after pets. So for now I’m living the nomad life out of a few suitcases!

To get back into living in Canberra again and adjust from world traveller to public servant, I had to get back in and do what I did before the excitement of overseas and discover what I liked in Canberra.

The first weekend back I got back into hiking. I did a lot of hiking in Norway and Scotland while overseas and was keen to retain the fitness I’d gained. There are still a lot of hikes I have yet to do in Canberra down at Tidbinbilla and Namadgi, but I’m working through the trails.

Then I remembered all the good restaurants and cafes that Canberra has to offer. While I don’t have the funds to eat out much, I’m trying to get around to some of the new places that have opened up while I’ve been away such as Grease Monkeys in Braddon, and revisiting the places I really like such as Eighty-Twenty and Bentspoke Brewery. 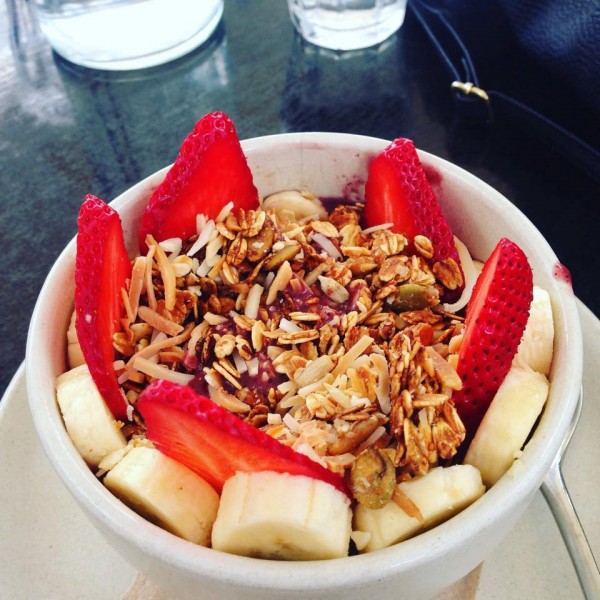 Yum! One of the delicious acai bowl varieties at Braddon’s Eighty-Twenty cafe.

One thing I have noticed since my return is how many shops are empty in the Canberra Centre now. So many of the shops that were not in the main thoroughfare of the centre have either left completely or relocated to shops vacated in the main strip. I’m wondering if rents are too high in the centre, whether people have left Canberra resulting in less income for the shops or people are simply spending less.

Of course Braddon continues to transform with the petrol station on the corner of Girrawheen and Lonsdale Street demolished only this week and it looks like the old Hertz building is turning into more apartments. By the end of the year, I expect a lot more changes around Civic and Braddon.

Sometimes when a servo has a refurb they need to remove the old tanks so they can make all fuel types available from all bowsers. For example, diesel and Vortex 98RON may not have been available from every bowser. Given they’ve knocked all the buildings down at Caltex Braddon as well, they may make better use of the space and put in more bowsers. I wonder if the mechanic and car wash will go back in?

According to an employee at the petrol station in Braddon, they’re just rebuilding it. I was in there about a week before they demolished it and the employee told me it’ll be gone for a while but it’s coming back. I find this a bit puzzling, I didn’t realise anything was wrong enough with the petrol station to warrant its demolition haha!

Apparently a lot of them develop leaks in the underground tanks and have to have everything dug up and replaced. the refurb is like a lot of other retail outlets, “New is Betterer”.

Whenever I am in the petrol stations and getting that strong smell of the petrol and see the stains on the paving, I think about just how much of this delightful stuff we are ingesting and is sloshing around in the air, ground and water.

Solvents of all descriptions are one of the principle cancer hazards as well as causes of other ailments.

According to an employee at the petrol station in Braddon, they’re just rebuilding it. I was in there about a week before they demolished it and the employee told me it’ll be gone for a while but it’s coming back. I find this a bit puzzling, I didn’t realise anything was wrong enough with the petrol station to warrant its demolition haha!

ssek - 2 hours ago
More animals get hit during drought because the drainage next to roads is the only place there is green feed. When there is g... View
Karen Feng - 10 hours ago
is this an indication that we do not have enough land fornthe wildlife to thrive? theres this road from holt to Fyshwick that... View
Community 1

Brisal - 3 hours ago
“I drive past the avenues of corflutes thinking how, aside from the currently elected, I don’t know a single thing about... View
Opinion 7

Brisal - 3 hours ago
If it helps to revitalise another of those dingy laneways then I'm all for it. Scoff if you like but if it ultimately turned... View
Heavs - 9 hours ago
This just in - Government is not responsible for handling advertising and marketing for private developer. More news at 6.... View
News 1

Capital Retro - 4 hours ago
Anyone been watching Ozark on Netflix? View
News 5

bj_ACT - 7 hours ago
It was always a bit funny when Turner residents were complaining about extra buses when whole swathes of suburbs lost their b... View
chewy14 - 7 hours ago
Honestly, is there anything more NIMBY than worrying about the "city coming for their neighbourhood" in an area less than 1km... View
HSewell - 8 hours ago
Good result View
News 3

A_Cog - 19 hours ago
Should the ACT get its own police force? NO! It'd be run just as badly as every other ACT Govt service. Instead of buying ser... View
News 18

wildturkeycanoe - 20 hours ago
I'm still waiting for surgery, almost up to my "expected" 365 days on the Category 3 list. This is after initially waiting fo... View
HiddenDragon - 23 hours ago
This year's Annual Rates Assessment Notices tell ratepayers that 31% of rates payments go towards funding the health system -... View
Opinion 110

chewy14 - 21 hours ago
Russianafroman, I go from being called a right wing nut job to a Socialist Comrade in the space of a few stories these days.... View
russianafroman - 24 hours ago
Capital Retro I don't watch or listen to the ABC. But it wouldn't surprise me. View
ACT Election 115

Reno Minopoli - 23 hours ago
Clinton Berry which part of "Three decades’ population growth "needed" do you not understand? Kids that grow up replace tho... View
Capital Retro - 24 hours ago
Well, I can't speak for everyone but I have certainly always "paid my own way". In the early days of SMSFs the deductibility... View
ssek - 24 hours ago
The greens and pretty good economic plan are an oxymoron. View
Property 1

Demolition of the old Strathgordon Court public housing complex in Lyons has begun, with the heavy machinery moving in on...
Opinion 7

I couldn't help but scoff when I saw the most recent round of advertising for the Verity Ln Market development...
Breaking 1

@The_RiotACT @The_RiotACT
Live in an apartment? Pet-friendly changes to ACT strata laws are on the way https://t.co/RUQLb34wx7 (1 hour ago)

@The_RiotACT @The_RiotACT
Andrew Barr and Alistair Coe faced off for the ACT's only televised leaders debate last night, with both sticking to their well-worn lines and slogans https://t.co/9BhYGDesyK (2 hours ago)