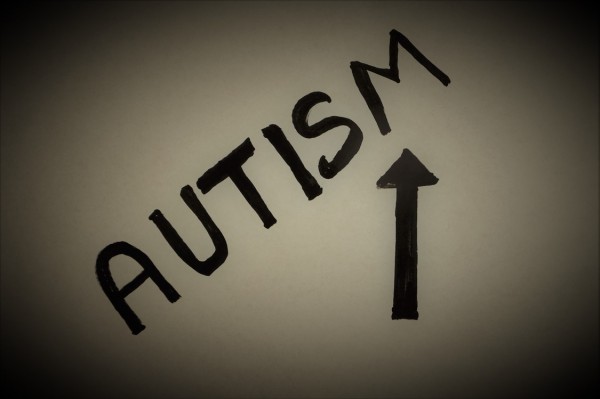 The number of people diagnosed with autism is continuing to increase with 0.6 per cent of the ACT population estimated to have the condition, according to the latest figures released by the Australian Bureau of Statistics (ABS).

These figures are part of a continuing dramatic upward trend, with the 2012 figures representing a 79 per cent increase on the 64,400 Australians estimated to have the condition in 2009.

The ABS data for 2015 was released last week and comes with a caution that the increase may have been at least partly caused by changes to the way autism is diagnosed made in 2013, as well as changes to questions identifying people with disabilities in the 2015 survey.

While autism numbers are increasing across Australia, the proportion of people estimated to have autism is lowest in Western Australia at 0.5 per cent and highest in South Australia and Tasmania at 1.0 per cent.

The ABS survey found that men are 4.1 times more likely to have autism than women.

Almost two-thirds of people diagnosed with autism have a profound or severe disability and almost three-quarters need help with cognitive or emotional tasks.

Young people between the ages of five and 24 are the most likely to be diagnosed with autism, with more than 75 per cent of those with autism being in this age group.

Autism is defined in the ABS survey as a disorder which affects the brain’s growth and development. It is a lifelong condition which can cause difficulties in social communication and restricted or repetitive behaviours and interests.

Support Co-ordinator at Marymead’s Autism Centre in Canberra, Mitzi Polacsek, said the increased autism numbers could be due to several factors including better diagnosis, more awareness of autism in girls, and autism conditions being picked up earlier.

“More people are having kids later in life and there is a positive correlation with age on the father’s side and having a child with autism,” she said.

“The other part of it could be the NDIS (National Disability Insurance Scheme) where you need a diagnosis to get support.”

Ms Polacsek said they are also finding there are parents who are only realising they have the condition after their children are diagnosed.

While males are more likely to be diagnosed with autism, Ms Polacsek said that in the past the tests have been skewed towards the male brain but there is a growing awareness of how the condition presents differently in girls.

She said that young girls tend to work out how to “mimic an appropriate response” but this gets harder as they get older.

“Girls can fall through the cracks until they get to high school where social skills become more obvious.”

Ms Polacsek said that there are a lot of gaps in Canberra services for people with autism.

“There seems to be a lot of focus on early intervention for five to six-year-olds but as they get older there aren’t so many things.”

She said there are long waiting lists for speech therapists and occupational therapists, as well as a need for more social groups, particularly for young adults and adults.

We all know early intervention is important, but are adults with autism missing out on vital help? What do you think?

circe64 - 58 minutes ago
There is a road going into Gungahlin where 90% of drivers clearly show they don't read road signs. They drive 60 in a clearly... View
Dylan Salafia - 1 hour ago
Maybe because 1 no one uses an indicator 2 poeple drive in the right lane under the speed limit and when u go to overtake in... View
Jacob Gallin Smith - 4 hours ago
If stankers didn't sit in the right hand lane for no goddam reason, would learn to merge lanes like a normal person, use thei... View
News 25

Lauren Montagnese - 1 hour ago
The street pictured is notoriously bad. If you are a resident in this area it’s incredibly difficult to get out of driveway... View
Lauryn Roberts - 2 hours ago
…that would be ‘Waze’ sending everyone in gungahlin thru Throsby in the morning because of the traffic lights along the... View
Nick Savino - 2 hours ago
Andrew Kristoffersen I’m going to reprogram to delete Ainslie from that route I’m over people racing thru intersection s... View
Breaking 10

nothappyjan - 2 hours ago
Had pretty much the exact same side effects as you, suppose it shows it is actually doing something for my immune system. Wil... View
John Moulis - 3 hours ago
It's broken mate. In 2011 I received a swine flu injection from my GP without any problems at all. I simply phoned up, made a... View
chewy14 - 4 hours ago
On the online message it specifically says if you have medical issues that mean you cannot get one vaccine or another, that i... View
News 1

omrited - 5 hours ago
When excellent teachers retire and their expertise is not in anyway tapped by the department, their knowledge , resources and... View
Andy Pando - 6 hours ago
Christopher Stuart Veilands I look fwd to hearing of your experience in the classroom being forced to teach the 'Greta' and '... View
Sport 11

New road safety cameras on Northbourne Avenue and Barry Drive in the city have identified around 5000 motorists exceeding the...
Opinion 187

Chased into a shop, an accused thief sought refuge from two pursuers seeking vengeance. But none was to be found,...