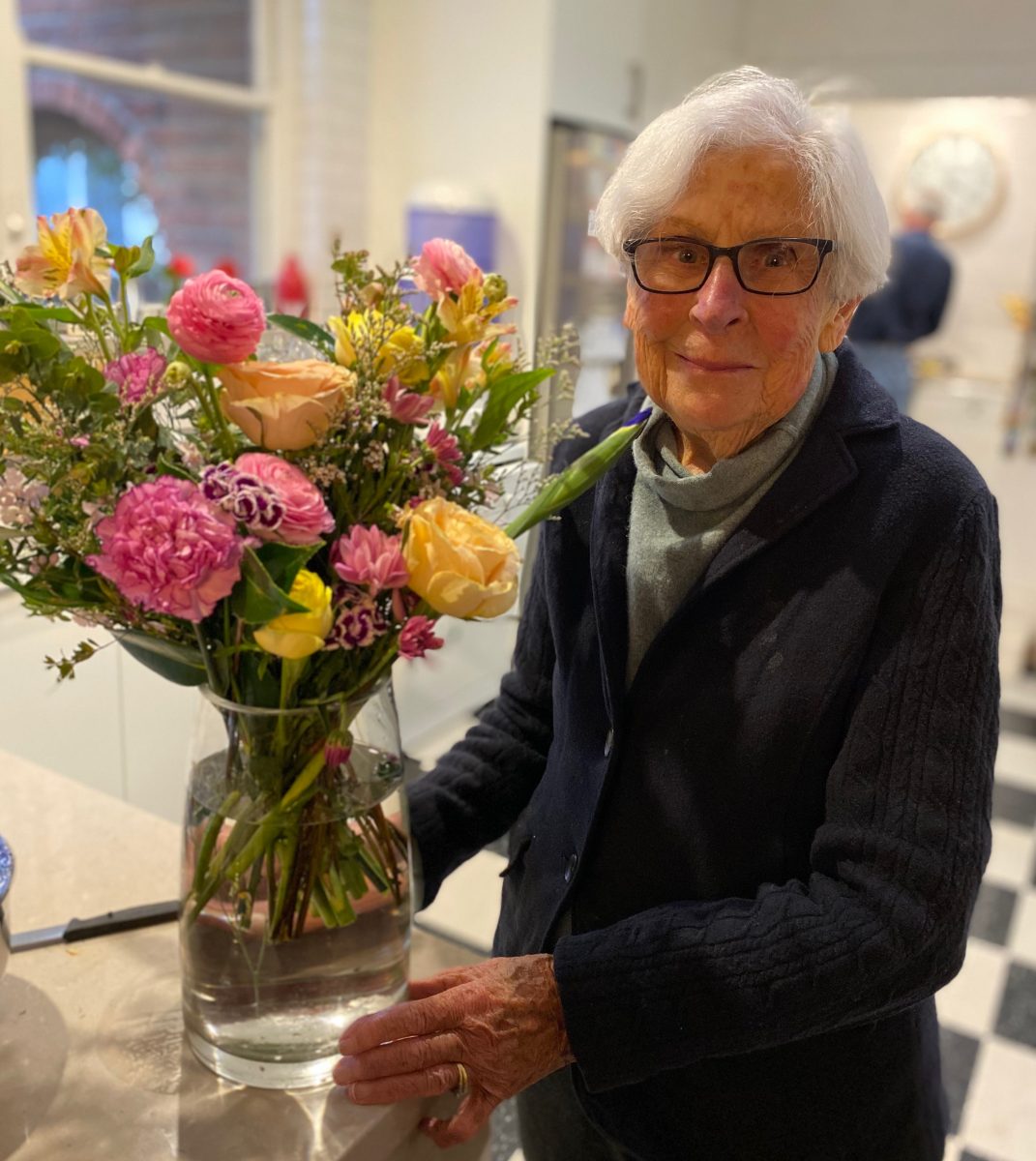 Joan Waldren passed away earlier this year. She contributed much to the Canberra community. Photo: Supplied.

The Cusack family has made a huge contribution to Canberra and the region for well over a century. This year has not only seen the recent passing of local businessman Gregory Cusack, but also that of his cousin, Mary Joan Waldren, aged 90.

Known as Joan, she was born in Yass to Alice and Stan Cusack on 31 December 1931. Her father Stan was active in the community and became mayor of Yass in 1933.

Her grandfather, John Joseph Cusack, had been elected mayor of Yass in 1904, served as a Labor member in the NSW Parliament and in 1929 entered Federal Parliament as the elected member for Eden-Monaro. He started his career as a blacksmith and coach builder and by 1910, was the largest employer in Yass, with a staff of 24. The demand for coaches saw him exporting to South Africa. As the motor car became more popular, he owned one of Yass’ earliest service stations.

Joan’s father Stan had established a furniture store in Yass in 1918, and in 1924 bought the smallest block at the first commercial land sale in Canberra, in Manuka. He rode his motorbike from Yass that morning to attend the sale.

Joan’s family, including her two older brothers John and David, moved from Yass to Forrest when Joan was six.

Joan recollected that they watched the Manuka shopping centre grow. There were sheep paddocks across the road. Joan recalled that if you looked across the paddocks and there was no one to be seen in the distance, you knew you had 15 minutes to spare before someone arrived.

Cusack’s Furniture was located on the corner of Franklin Street and Flinders Way and opened in 1927, the same year as the opening of the Provisional Parliament House. 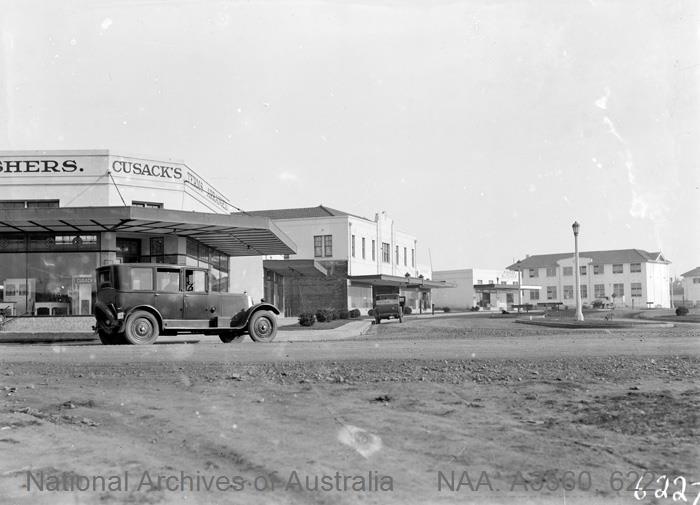 Cusack’s Furniture, on the corner of Franklin Street and Flinders Way opened in 1927, the same year as the Provisional Parliament House. Photo: National Archives of Australia.

Joan and her brothers John and David walked to school at St Christopher’s, just down the road. It was here that she developed her deep and life-long faith.

At age 15, Joan was preparing to head to boarding school at Kincoppal, Rose Bay, when her mother, Alice, suddenly passed away. So, it was decided she would stay and continue her education at St Christopher’s and take on the role of caring for her father and brothers.

Joan finished school at St Christopher’s, did a commercial course and went on to become her father’s personal assistant at Cusack’s Furniture.

Her father had difficulty staffing his furniture business especially during the war years so when his three children finished school, they all went to work in the business. Joan went on to manage the soft furnishing department, sharing her flair for elegant interior design with a developing Canberra.

Cusack’s weekly specials advertised in The Canberra Times were listed as “Joan’s Choice”.

Joan met her life partner and soulmate Clive James Waldren in the same primary school class at St Christopher’s school and their families lived around the corner from each other.

They were married at St Christopher’s Cathedral in 1956 and raised eight children. Even with her growing family, Joan continued to assist with managing the family business. Her husband Clive also became part of the Cusack’s management team.

Joan was actively involved in the community including as president of the Catholic Women’s Association, on the board of St Claire’s College, and assisting in the work of St Christopher’s Catholic Church.

A great sadness in Joan and Clive’s life was the loss of their youngest daughter Alison, in a light plane accident, at the age of 24. But Joan’s faith made her strong.

She always said, “Whatever you focus on will eventuate. If you look for the goodness in people you will find it. You can do anything with love.”

A hardworking team, Joan and Clive later went on to buy Forrest Hotel and Apartments. Joan’s customer service was exemplary. Her staff members referred to her as “the best customer service weapon”. With her gentle manner, Joan could always be relied upon to smooth out any issues.

Joan lived by the principle that no one person in society was more important than any other, no matter what walk of life they came from. She passed away, surrounded by love from her extended family, in March this year. 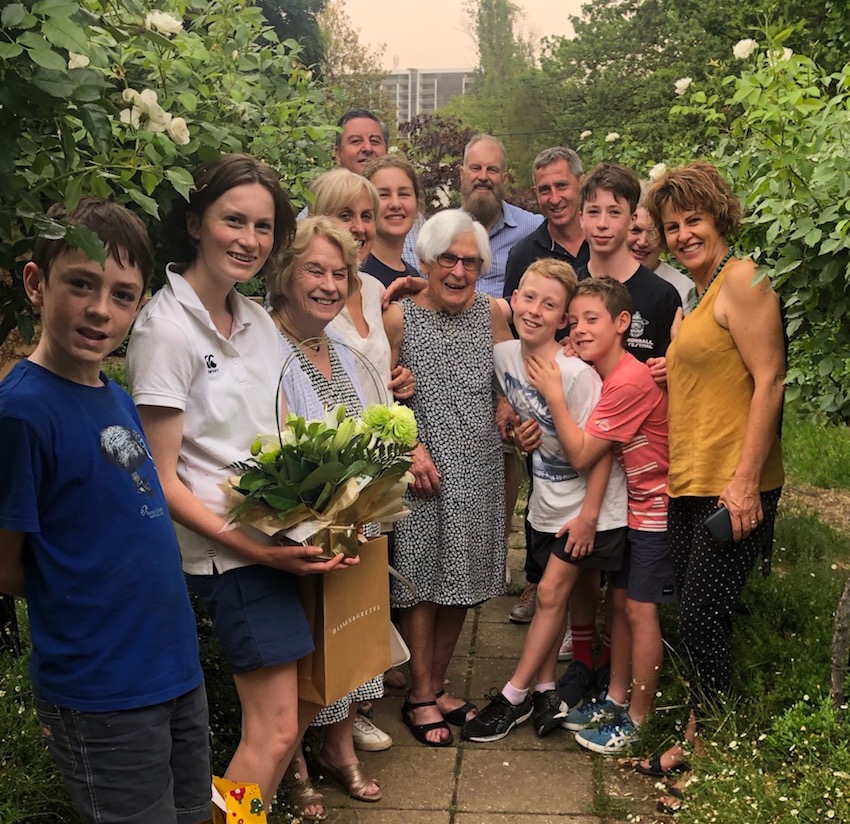 Joan Waldren with some of her extended family. Photo: Supplied.

Joan was of the most beautiful human been that care about others first and family second, I recall her saying to my father that his son was in a better place and God would look after him, even though she had lost her own daughter!!

What a beautiful tribute to an absolute gem. It was an honour to know Joan. X

Oh such sad news. A beautiful lady who was a stalwart in the community, with a beautiful family. She had a sense of mischief and loved a party. So many lovely times shared.

So sorry that she is no longer with us. She was such a gracious lady.

Amazing human who did so much for the community