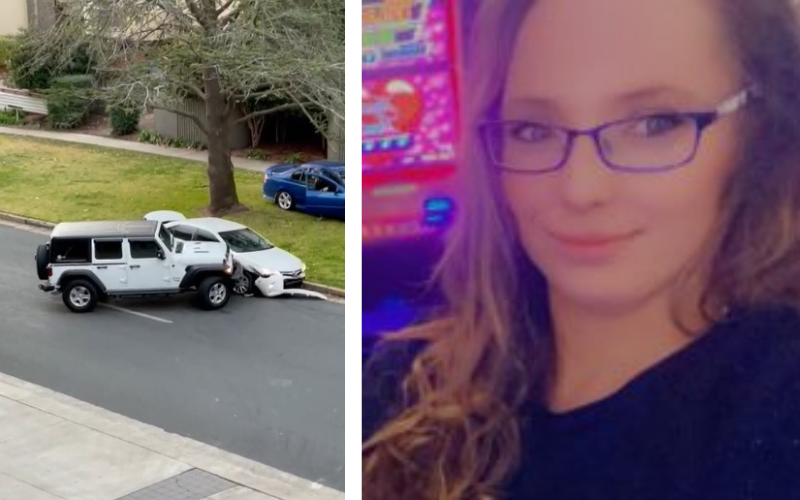 The woman behind last year’s prison break has been sentenced to a total of six-and-a-half years’ jail, with a justice saying the idea that she would go on to have a happy life after rescuing her former fiancée from jail “was never going to occur as a result of her plan”.

Lila Rose Mary Walto, 29, wiped away tears after being sentenced in the ACT Supreme Court on Monday (25 July), where she was handed a non-parole period of two years and seven months.

She had used a stolen Jeep to ram a Corrective Services car multiple times through the middle of Canberra to free her former fiancée Kane Quinn while he was being transported to hospital from jail on the afternoon of 9 July 2021.

The dramatic incident was captured on film by bystanders and closed-circuit television and several videos of the escapade were screened to the court at her sentence hearing.

She pleaded guilty to nine charges, including rescuing a person from lawful custody by force, dangerous driving and assault.

Justice David Mossop said when it came to the first charge, the incident was planned. Walto persisted with it for a long time, she put “large numbers of people at risk” and he noted how a “vehicle was used as a weapon”.

He said the offence was above the mid-range of objective seriousness.

When it came to the agreed facts, Justice Mossop said Corrective Services were told drugs had been hidden at Canberra Hospital and Quinn, who was in the Alexander Maconochie Centre (AMC) while serving a 14-year sentence, would try to collect them.

A suspicious package was later found in the hospital.

On the morning of 9 July 2021, Walto and another woman went to a Fyshwick car dealership where she organised to test drive a Jeep Wrangler.

She pulled over after she or the other woman said they wanted to have a cigarette. While the salesman was looking at his phone, she and the other woman got back into the Jeep and sped off, crashing into a Mini Cooper, the driver of which had stopped to see what was happening.

Meanwhile, Quinn told prison staff he’d swallowed a battery so three Corrective officers left to take him to hospital in a Toyota Camry at about 3:30 pm.

Walto then used the stolen Jeep to repeatedly crash into the Camry. The Corrective staff thought she was trying to free Quinn and tried to evade her, but she followed and continued ramming the car, despite passing heavy traffic.

While it was happening, Quinn commented, “They’re trying to kill me” and “Don’t give me the f-k over”.

Justice Mossop said all three officers were taken to hospital and while two had sore backs as well as a sore hip or neck, the third officer had a bulging disc, a concussion and sore ribs.

Police were told Walto and Quinn were hiding in Lyneham, so they went to the address with negotiators and tactical response that night.

Walto left the house, but police heard Quinn shout, “I’m not coming out until I’ve smoked all my drugs”. They also heard the sound of power tools coming from inside a crawlspace.

Walto told police, “it wasn’t Kane’s fault” and “the plan was to grab my kids and start a new life”.

But Justice Mossop said her motivations were at best confusing and at worst disturbing, with one court report claiming she committed her offences in retaliation to police and because she wanted affection from her partner.

He said the mother-of-two was employed at the AMC where she had progressed into trusted positions and now worked in its bakery.

She said she was “shocked and horrified” by her actions and had shown empathy to her victims.

Walto, who has been in custody since she was arrested on the night of the prison break, is eligible to be released on parole in March 2024.

Justice Mossop also made a $48,000 reparations order for the Fyshwick car dealership to cover the value of the Jeep and the money paid to the driver of the Mini Cooper for the damage caused to the car, both of which were not covered by insurance.

Walto blew a kiss to her mother in the court’s gallery before she was led away by prison officers.

Quinn, also known as Kane McDowall, pleaded guilty to his role earlier this month and will be sentenced in September. 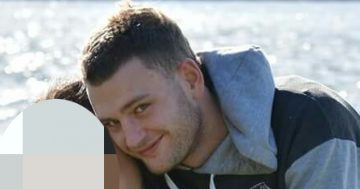