More footage of the Transit wingnut 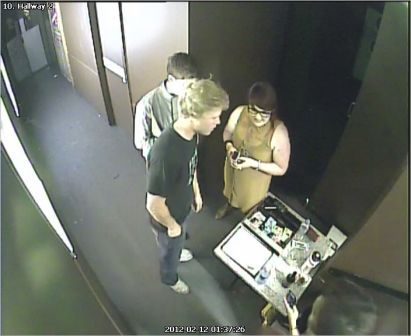 ACT Policing has released new images of an alleged offender from a serious assault on a 19-year-old woman on Sunday, February 12 outside the Transit Bar in Civic in the hope someone can identify him.

About 3.50 am City Beats Team responded to the assault where the woman had been deliberately struck with a chair and suffered significant facial injuries, including a fractured jaw, a badly split lip and several dislodged teeth. The chair was thrown forcibly at the woman’s face, causing the injuries.

The assailant is described as a young man aged in his late teens or early 20s with light-coloured hair, wearing jeans, a dark-coloured or black T-shirt with a light-coloured motif on the front, and white shoes or sneakers.

He was in the company of another man of similar age, wearing a red cap and cut-off jeans or cargo pants. The assailant may have been a patron of the Transit Bar during the evening.

The victim will undergo extensive dental work and surgery to her lip in the upcoming months.

Anyone with information which can assist the investigation is urged to contact Crime Stoppers on 1800 333 000, or via the Crime Stoppers website on www.act.crimestoppers.com.au. Information can be provided anonymously. 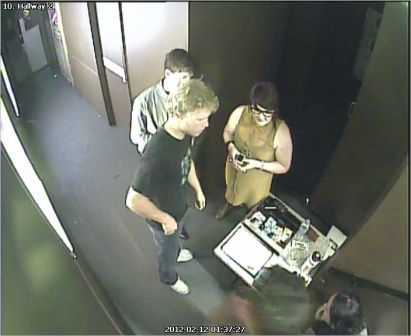 Is that McLovin there standing behind him?

Surely someone must know who this tool is?

If they try to “make him famous” that will be the death of a meme.

It’s gone viral on Facebook. Anyone know if he’s been identified yet.

I was really hoping he’d be publicly outed yesterday – International Women’s Day. That would have been fitting.

It’s gone viral on Facebook. Anyone know if he’s been identified yet.

I was really hoping he’d be publicly outed yesterday – International Women’s Day. That would have been fitting.

good luck ever buying a drink in this town again, buddy!

We’re talking about that chick with the glasses, right?

‘extensive dental work and surgery’ for the victim.

I really how they find this pond scum.

Wow, a pretty clear photo for once.

Is that McLovin there standing behind him?

SJ Killer - 4 hours ago
Luke Ashe those articles are totally non-related, different areas, different dates, different contexts, click bait, and one i... View
Kriso Hadskini - 5 hours ago
Speculators are buying property that should be for families. And if you are obscenely wealthy why would'nt you? 10% a year in... View
Beck Bianco - 6 hours ago
Probably because Canberra is no longer affordable so people move to drivable towns outside of Canberra View
Property 20

Ben Keaney - 6 hours ago
Also if they are not in the numbers that the anti-brumbies say, what do you think a maximum brumby population should be? Sure... View
Ben Keaney - 6 hours ago
Di exactly how do brumbies keep the fuel load down? Do they eat fine forest fuels such as sticks and leaves? Or Perhaps its t... View
Di Hunter - 9 hours ago
Jackie Hattingh it’s actually proven that they don’t and it is also proven that they are not in the great a numbers as th... View
News 7

Brian Myerson - 18 hours ago
Your article does not mention that every person in Canberra should be extremely proud that almost every year they achieve one... View
show more show less
*Results are based on activity within last 7 days

Calls for witnesses after woman bashed in Civic lane

@The_RiotACT @The_RiotACT
Cavalry mascot Sarge is turning up the heat on his annual 10 km walk to raise $10,000 for Lifeline in Canberra. Find out how you can help https://t.co/CktjV9PbUV (6 hours ago)