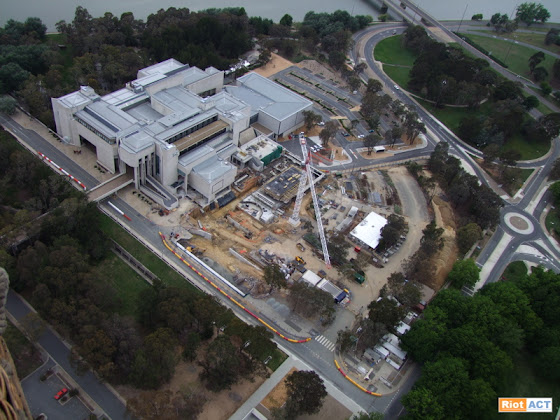 The National Gallery has announced that, perhaps sick of waiting for a Prime Minister able to do the job, the Governor General of the Commonwealth of Australia, Her Excellency Ms Quentin Bryce AC, will open the new huge expansion of the Gallery on 30 September with the unwashed masses welcome the following day on 1 October.

The National Gallery of Australia today confirmed that its “New Look” Stage One Building Project will open to the public on Friday, 1 October 2010. The redevelopment is the biggest transformation of the Gallery since its opening in 1982.

The new wing will be officially opened by the Governor General of the Commonwealth of Australia, Her Excellency Ms Quentin Bryce AC on the evening of Thursday 30 September 2010.

For lover’s of the Gallery it’s a very big day.