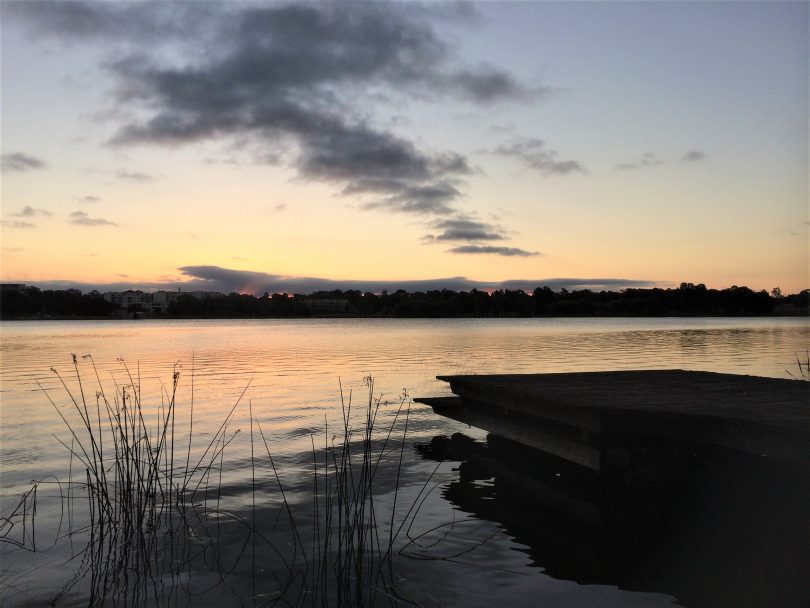 New safety rules and offences have come into effect for ACT-managed lakes, such as Lake Ginninderra (pictured). Photo: Glynis Quinlan.

Anyone operating a boat while under the influence of drugs or alcohol on ACT-managed lakes may face fines of up to $7,500 and/or receive up to one year in prison under new safety rules and offences which have come into effect in the territory.

People not wearing or carrying a life jacket when required to do so may also receive on-the-spot fines of $300.

The new rules only apply to ACT-managed lakes, which include Lake Ginninderra, Lake Tuggeranong, Kingston Harbour and the Molonglo River above Lake Burley Griffin.

They don’t apply to the main part of Lake Burley Griffin, which is regulated by the National Capital Authority, but the Commonwealth is in the process of reviewing the legislation that applies to Lake Burley Griffin to ensure consistency with the new ACT laws.

“We want more Canberrans to use our beautiful lakes and we want them to be safe,” Mr Gentleman said.

“These new rules are now in effect and will help keep boat users safe and help prevent injury to other lake users.”

“The ACT Water Police and Access Canberra will enforce the legislation,” he said.

Mr Gentleman said that some of the offences that will attract fines include:

Mr Gentleman said the changes are in line with other jurisdictions, particularly NSW.

“The regulation supports the 2018 amendments to the Lakes Act 1976 and was developed in consultation with the ACT lakes managers, regulators and users groups,” he said.

Is that you get fined for not wearing a life jacket and not drinking? Ambiguity is a bitch :)

How long before they have boats with cameras hiding in the reeds on the side of the bank ???😂😂😂

I think you need a comma in that headline...🤣

What is not made clear in this article is what is a boat ?

They also have not clearly defined what the required safety articles are, they have merely noted that if you don’t have all required safety equipment then you will be fined.

If you don’t know what the required safety equipment is, how does this enable you to find out ?

Do I now need to register my Kayak and Windsurfer in accordance with the registration requirements ?

Do I need to wear a lifejacket when I’m in the same ?

Care must be taken to outline that this does not include LBG which is covered by the NCA.

Sarelle Woodward yes this is given prominence in the article - although it looks like it soon will include LBG.

Jamie Peterson - 40 minutes ago
This article is the same as a puff piece for Andrew Barr 😂😂😂😂😂😂😂😂😂😂😂😂😂😂😂😂😂... View
Margaret Freemantle - 1 hour ago
So why have the light rail service frequency been wound back? No notice at all - just went to catch the tram at the weekend a... View
Jim Jim - 1 hour ago
The ‘Riot Act’ should rebadge itself the ‘Quiet Act’. Never a tough question asked of this government always patting... View
Motoring 10

Shay Daisy - 1 hour ago
I’ve been happily car-free for 3 years now. Belconnen suburb home, commute via bike to work (changed with covid). Shopping... View
chewy14 - 4 hours ago
If you added in the benefits in efficiency savings for owning your own car, the difference would be huge. For anyone that doe... View
Gibbo - 6 hours ago
Had no car and license before moving to Canberra. Within 18 months it became essential to have a car be able to get anywhere... View
Lifestyle 64

May Claydon - 1 hour ago
When will they be in Woden and Tuggeranong. They are not in Canberra. Only Nth Canberra... View
Tom Adam - 2 hours ago
Elroy, 😆 it is on the news. My remark is that a pair of non-Canberra businesses are getting so much free advertising from... View
Elroy Jones - 2 hours ago
Tom Adam no stake - its just got nothing to do with you or your small business. With respect, if your business was newsworthy... View
Opinion 14

HiddenDragon - 3 hours ago
The attractiveness, or at least acceptability, of online learning for international students will surely depend on whether th... View
Janet Mulgrue - 3 hours ago
I did my masters by correspondence before the days of online study. I found it great as I was also working full time. I was a... View
Anissa Jones - 4 hours ago
An article written by a non-teacher commenting on educational practices. What’s wrong with this? Hrmmm Could it be he has n... View
Community 2

RobS - 3 hours ago
After *seven* years of trying to try to bring pressure on the ACT Government (I was a member of the Wright Residents Group) t... View
Property 2

@The_RiotACT @The_RiotACT
The story of playwright, farmer & war hero Millicent Armstrong isn’t widely known, but actor Dianna Nixon will be bringing it to life at the Gunning Arts Festival this month https://t.co/uYoRhqQmOy (2 hours ago)

@The_RiotACT @The_RiotACT
Corrections officers are expected to clock more than 35,000 hours of overtime this financial year as they scramble to cover shifts at the Alexander Maconochie Centre https://t.co/tztW3SQLGo (5 hours ago)