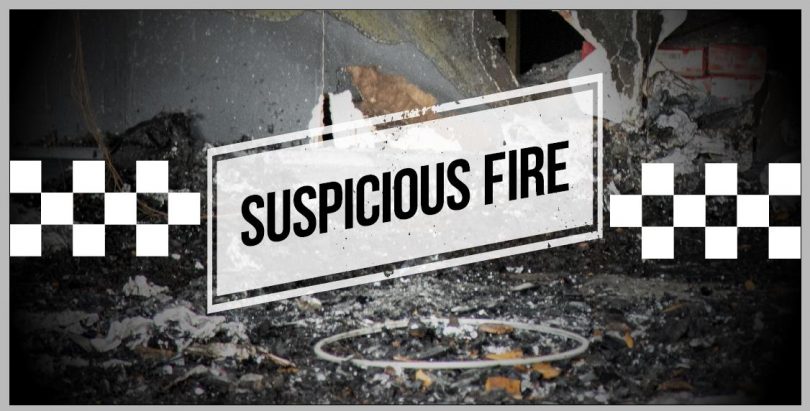 Police are investigating a suspicious fire which destroyed a house in O’Connor early this morning.

ACT Fire & Rescue were called to the home on Hakea Crescent at 4.40 am and found the roof collapsed and the house fully alight.

A neighbour made the Emergency Triple Zero (000) call which alerted them and reported that no one was home at the time.

Firefighters extinguished the fire and a Bronto aerial unit was used to dampen down the area and ensure there were no hot spots.

Three fire pumpers were used to fight the fire, with the assistance of breathing apparatus support, a Bronto aerial unit and a commander vehicle.

Following an analysis of the scene, police are treating the fire as suspicious.

Police have asked anyone who witnessed the incident or has information about the fire to contact Crime Stoppers on 1800 333 000 or via the Crime Stoppers ACT website. Information can be provided anonymously.

Judi Pearce - 12 minutes ago
Thanks to this special lady ! I have one of these blankets exactly as pictured. My dear mother (Ollie Dyball) purchased it fo... View
Opinion 29

Helen Brinsmead - 6 hours ago
Are they? Are they really? For a city state of 400 000 they're pretty good. Been to Geelong, Launceston or Elizabeth lately? View
Ryan Molyneux - 7 hours ago
Helen Brinsmead and that's exactly why our local council facilities, health services and education services garbage. View
Michael Roy - 7 hours ago
I strongly argue for paid parking to be used for local public realm. Eg paid parking in Braddon should be used for beautifica... View
News 4

JC - 7 hours ago
Sadly think it will be a while before we see international flights back in Canberra. Qatar just this last week put out a plea... View
nickwest - 8 hours ago
And unfortunately it doesn't really work for Covid19, because not all patients develop a fever, and even those who do often g... View
News 252