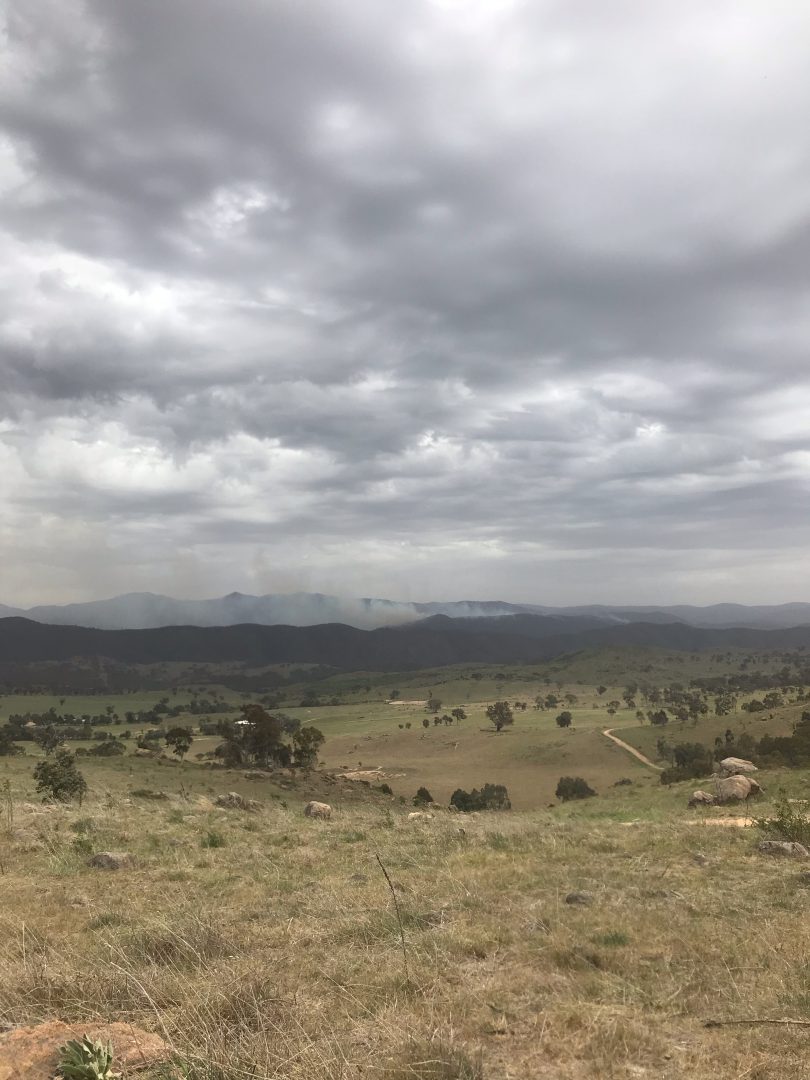 Duty forecaster Simon Louis says that while there could be a couple of millimetres of rain this afternoon, there’s probably not enough to substantially assist firefighters.

But Simon Louis, duty forecaster at the Bureau of Meteorology, says that while there could be a couple of millimetres of rain, there’s probably not enough to substantially assist firefighters battling an out of control blaze on Canberra’s suburban edge.

And, he says, there’s some risk of lightning which could further complicate the situation. “There’s not a great deal of lightning in the storm, but when humidity is as low as 20% on the fire-ground, a strike could still be dangerous.

“Just at the moment, there’s a line of showers and storms moving through. That might cause the winds to shift a bit more southwesterly for a bit, but we’d expect that once the line of storms goes through the wind will probably go back to the north-west.

Mr Louis said that winds are a little lower on the fire-ground than in the city, but temperatures are still sitting around the 30-degree mark and conditions are fundamentally extremely dry despite the smattering of rain.

He added that there’s a more prolonged wind shift coming through late tonight, probably the early morning hours. Winds will die down gradually around sunset, conditions will ease overnight and the Bureau is expecting milder temperatures tomorrow.

“It’s not a strong cold change, so we’ll still see maximums in the high 20s over the weekend and moderate winds. That will mostly leave fire danger in the high to the very high range. It’s not as bad as today, but not ideal conditions for the fire-fighting effort”, he said.

Do you have photos or information about the fire to share with The RiotACT? Go to our Facebook or Twitter page and tell us what you’re seeing, but make sure you stay safe at all times and don’t take risks.

How do bushfires create their own weather patterns?