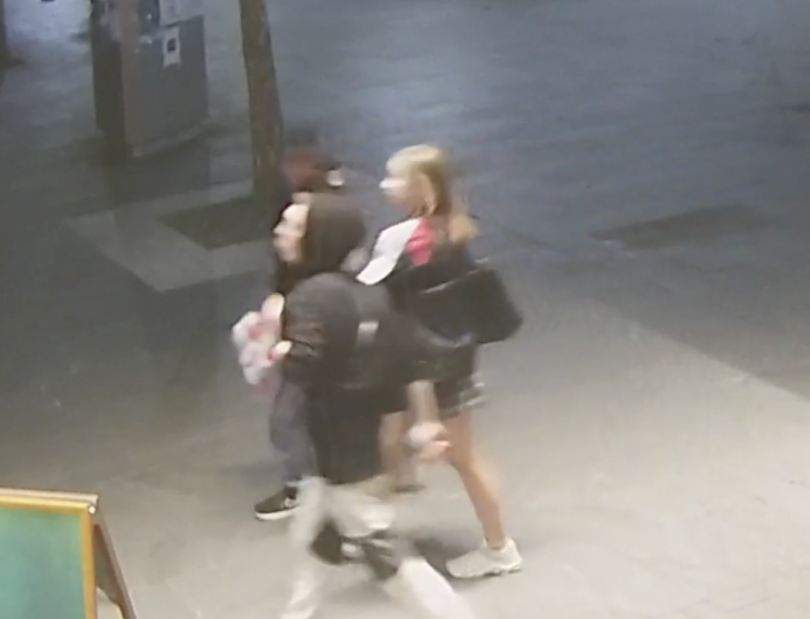 ACT Policing has released CCTV footage of four people who allegedly assaulted a 62-year-old man in Civic earlier this month.

Police believe the group approached the man in Petrie Plaza at about 9:15 pm on Monday, 9 December. It is alleged the group then chased the man for short distance before assaulting him, and running from the scene in the direction of Garema Place once members of the public intervened. The victim was transported to hospital for treatment of his injuries.

Police are now releasing CCTV of the group in the moments before the assault in order to identify the alleged offenders.

Anyone who can identify the alleged offenders from the CCTV footage, or anyone who witnessed the assault who has not yet spoken to police, is urged to contact Crime Stoppers on 1800 333 000, or via the Crime Stoppers ACT website.

Jonny Scott - 5 minutes ago
Robin Bontjer ones good can all be canceled out when your true colors come out! View
Allan AJ - 3 hours ago
Australian communism at its best View
Sandra Zahavah Whibberley - 8 hours ago
Shirley Willis I didn't vent a poisonous attack, just stated the truth that he lied etc. Sure the board of the AO or TA have... View
Opinion 5

David Warner - 36 minutes ago
John Elliott don't forget Howards idea... He wanted to be supreme ruler... View
David Warner - 37 minutes ago
A viable alternative would get better results but they don't put forward decent proposals View
John Elliott - 2 hours ago
Paul South ... Not possible mate because of the separation of powers in the Constitution. The Judiciary is there to keep an e... View
Community 112

Sam Austin - 59 minutes ago
Fair enough but its 1 week a year. But there needs to be a place to do this stuff, think of it like a sporting facility golfe... View
Opinion 154

Lexy Margi - 2 hours ago
And yet no advice was given. They made schools and parents wait this long to only say "states are to make their own decision"... View
chewy14 - 11 hours ago
Someone in their mid 60s who has had their vaccine booster shot has less than 0.1% chance of dying if they get Covid. So what... View
Property 3