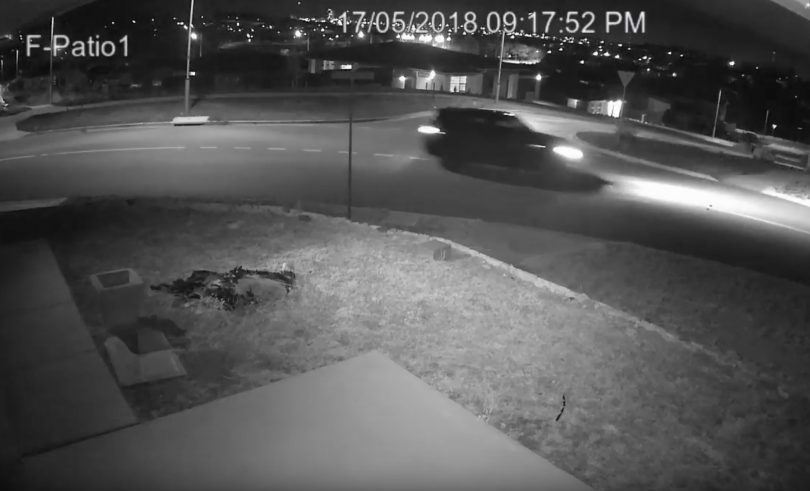 Police have revealed footage of a dark coloured SUV seen in the area before and after a suspicious fire in Moncrieff last month, as ivestigations continue.

Police believe that a fire at a residential construction site last month (17 May) in the Gungahlin suburb of Moncrieff was deliberately lit.

ACT Policing said that about 10:30 pm, police were called to Slim Dusty Circuit, Moncrieff where an under-construction residence was well alight.

ACT Fire and Rescue attended and extinguished the fire. After an analysis of the scene, police treated the fire as suspicious and its circumstances are now being investigated by ACT Policing’s Criminal Investigations.

Officers are now calling on the public’s help and are seeking information relating to a dark coloured SUV that was seen in the area prior to and after the fire.

Anyone with any information about the vehicle or the fire, including dash-cam or CCTV footage, is urged to contact Crime Stoppers on 1800 333 000 or via the website.

Andrea Mya Riboust - 24 minutes ago
Matt the former I assure you 😄 View
The Martini Whisperer - 2 hours ago
Lucky they’re weren’t in Texas. View
HiddenDragon - 5 hours ago
So the Big Merino will be the command HQ for Gilead Down Under - and they said it couldn't happen here......... View
Food & Wine 12