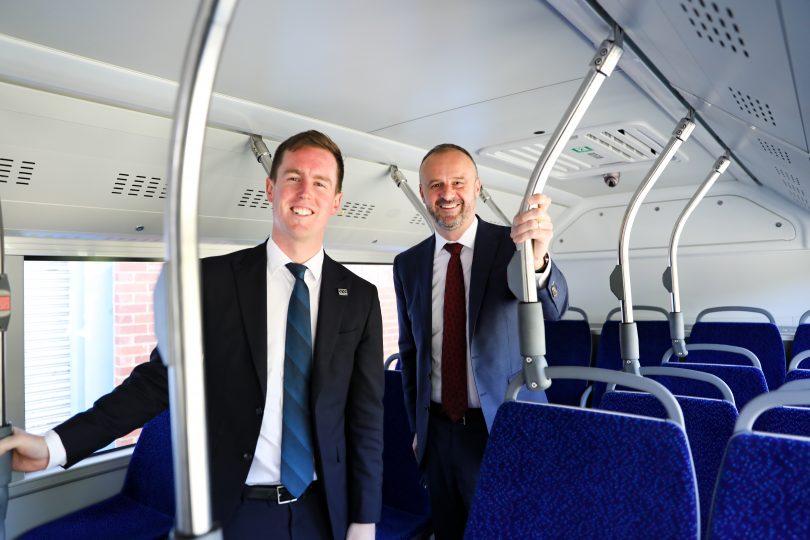 Labor is on track to retain minority government but with a reduced primary vote, according to new polling data from the progressive Australia Institute.

READ ALSO: Feel the power: get creative on your ballot paper

However, Chief Minister Andrew Barr rejected the idea that voters thought Labor had become complacent after 19 years in government.

“Opinion polls are infrequent in the ACT. Once you account for the margin of error on a polling sample of little over 1000 people [the new poll] largely reflects a situation that is not dissimilar to the last two Territory elections,” he said.

“There is no room for complacency from any candidate or any political leader in this environment, so we just have to keep on campaigning and putting forward the sorts of policies … that are well received.” 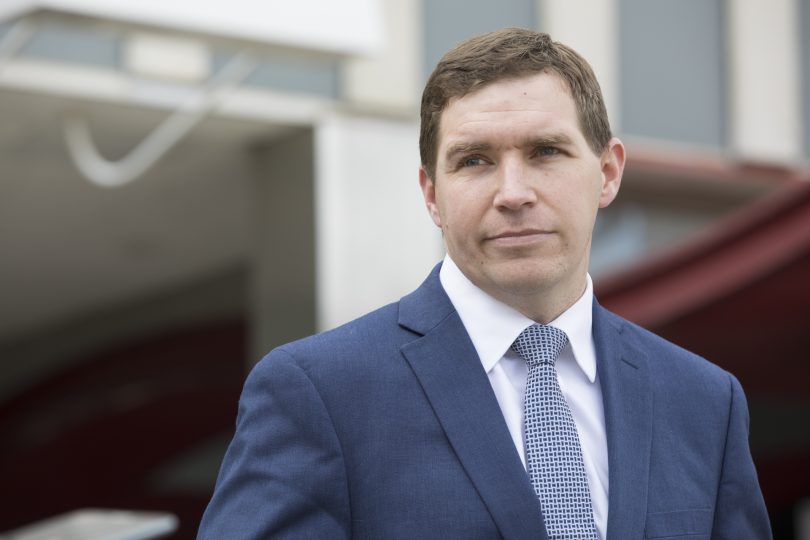 The poll indicates most of the votes from Labor are flowing through to the Greens who are predicted to increase their primary vote to 14.6 per cent, up from 10.3 per cent in 2016, meaning the Greens would be on track to take three to four seats in the Assembly.

Greens leader Shane Rattenbury said the data matches the success of the party at the federal election and shows that they are in the mix across all of the ACT’s electorates.

“Our job is to get out there and talk to people about our policies,” he said.

“We are in the mix in each electorate – some are probably stronger than others – but all of our candidates are out there working really hard and the community is relating to our message.”

However, the poll is not broken down into specific electorates. The Greens, for example, had a vote ranging from 5 per cent to almost 19 per cent in the last election depending on the electorate. 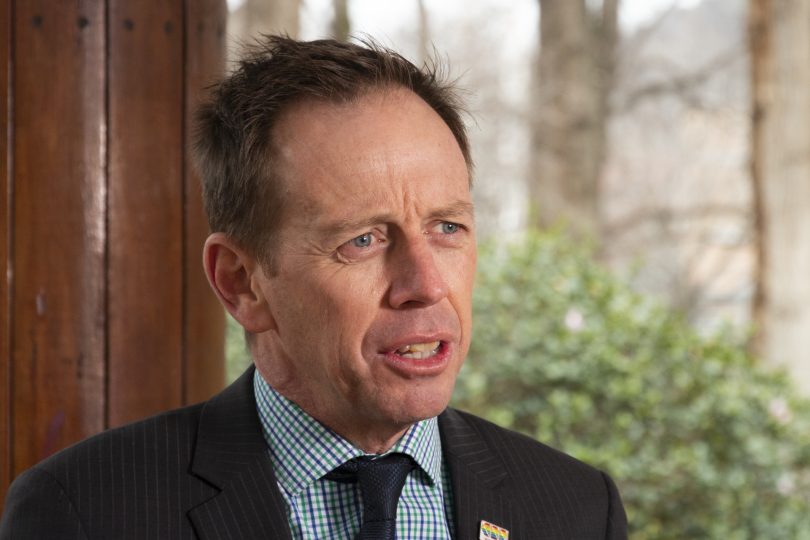 Mr Barr noted that all ACT elections are close, adding that the “Hare-Clark electoral system has many numbers of vagaries around not just the party primary vote, but which particular candidates might get elected in particular electorates”.

“This election, like every other one, will be hard-fought. What I am pleased about is that Labor’s standing in the electorate remains strong and broadly in line with where we were in 2016 and indeed 2012.”

In 2016, both Labor and the Greens suffered a 0.5 per cent swing against them, while the Liberals suffered a 2.2 per cent swing to their primary vote. These votes all flowed to smaller parties and independents, with the Australian Sex Party ACT taking 3.2 per cent of the vote despite only running in three electorates.

The election is scheduled for Saturday, 17 October.

The only chance the Liberals have is if Barr somehow really screws up the COVID-19 situation right before the election.

Even if these figures are a little rubbery right now, with the federal budget being delivered 11 days before ACT election day, they’ll be about right by then.

Alistair lost the election the day he declared the pandemic over. Anyone flirting with the notion of him as the head honcho went back to the incumbent.

When was the last infection of COVID 19 logged in Canberra? Compared to the rest of the world the pandemic is over in Canberra.

Despite ruining bus services for half of Canberra and overseeing a plethora of property related disasters and mismanagement, ACT Labor will still win.

All because the ACT Liberals can’t attract enough small l liberal candidates or voters due to their executive team.

Hopefully in the 2024 election the Liberals might decide to focus their policies based on evidence and the desires of the average Canberra voter.

Why even bother with an election. The result is a foregone conclusion. Four more years of Barr, aided by the Greens, raising rates, raising budget debt and reducing housing affordability.

Just like the rest of the country? Something that I am certain escapes many.

Go to any capital city in this country and the basic issues are the same. Only major difference is one of rates where here the local government collects them rather than a council. Even with all the changes for most we are far better off in Canberra than any other capital city in the country.

Will remain an ALP ACT Government. Regardless of how many voter % swings against the ALP/Greens Coalition.

The Libs just don’t cut the mustard in the ACT.

I really need to move out of this town. It is apparently filled with people who haven’t noticed the greens are absolutely useless.

A lot of people can no longer afford to live here. It will get worse.

Wow, polling commissioned by a left wing think tank finds that the left wing Greens are going to do really well at the next election.

“The poll indicates most of the votes from Labor are flowing through to the Greens who are predicted to increase their primary vote to 14.6 per cent, up from 10.3 per cent in 2016, meaning the Greens would be on track to take three to four seats in the Assembly.”

Where are these seats supposed to come from?

There’s almost zero chance of them winning a seat in Brindabella and they’ll be struggling to hold on to the one seat they have in Murrumbidegee with the retirement of Caroline Le Couteur.

Rattenbury will keep his seat but there’s next to zero chance of winning a second in Kurrajong although this is where they may pick up votes but not enough to win.

There’s a small chance of the 5th seat in Yerrabi if they had a large gain in votes but considering the demographics of the seat it would seem unlikely.

And it would also take a significant shift in Ginninderra to unseat the 3rd ALP member.

@The_RiotACT @The_RiotACT
Labor's Andrew Barr appears more at ease with his leadership and comfortable with his achievements. But as he faces the October 17 election, can he shake the tag of an old and tired government? https://t.co/cQiav4SUqI (14 minutes ago)