The proposed development at Kingston is twice the height limit outlined in the Masterplan. Image: Supplied.

Planning and development are becoming increasingly contentious in Canberra. A proposed major development in the heart of the old Kingston shopping precinct is the latest proposal attracting discussion and debate, even before official plans have been lodged with planning authorities.

What is not such great news is that the proposed development seems to have disregarded previous work that has been undertaken, including the area’s Masterplan. This Masterplan was developed with extensive community consultation and aimed to provide the parameters for the development of a unique part of Canberra that most stakeholders agreed was in need of revitalisation.

Masterplanning is a resource-intensive process – for paid planners and particularly for local community members who get involved in this type of work due to their long-term commitment to a local area. While time-consuming, it is a process that all parties enter in good faith as this upfront work will mean less work in the future. The expectation is that developers and planners alike will use this process as the starting point for discussions about specific developments.

Given this, it shouldn’t come as a surprise that the Kingston community has reacted with shock and surprise at key parts of the latest proposed development by Geocon. In particular, people have raised concern at the suggestion of an eight-storey development – twice the height limit outlined in the Masterplan. The height of buildings is always going to be a huge issue for residents as it has all sorts of implications – from reducing the privacy of neighbours, shadowing on communal areas, and the impact it has on the character of the precinct.

The community is rightly alarmed at the proposal that is much bigger than the allowable plot ratio for the area.

The proposal as it currently stands has residents asking what is the point of Masterplanning when developers ignore it. Presenting ideas that sit so far outside agreed parameters can create suspicion and undermines faith in the system – particularly given the planning process is set up to have little room to object if a development meets standard rules and requirements.

This is a community that has seen initial agreements put in place to mitigate the impacts of other developments such as parking pressure only to be negotiated out later down the track. It’s a community fatigued by the impact of current developments already underway on local businesses and residents. Like many smaller centers in Canberra, it’s a shopping precinct still struggling to emerge from the COVID-19 restrictions.

It’s not a good start for a development process, and creates an antagonistic atmosphere that could hinder meaningful engagement and co-design. Let’s hope that this poor start to the process can be salvaged with much better engagement with the community. Let’s hope that any new versions of the proposal reflect on the work that has been done to date and engages with work that precedes it, including the Masterplanning process.

I think this is yet another example of the concerns raised in a recent Legislative Assembly Inquiry into planning and development, and highlights the need to urgently address how community engagement and involvement are supported through development proposals. What do you think? 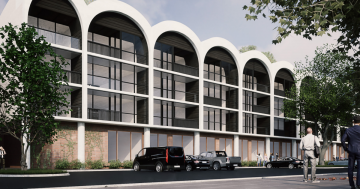