Rolling the dice for Braidwood Hospital, Monopoly fundraiser a hit 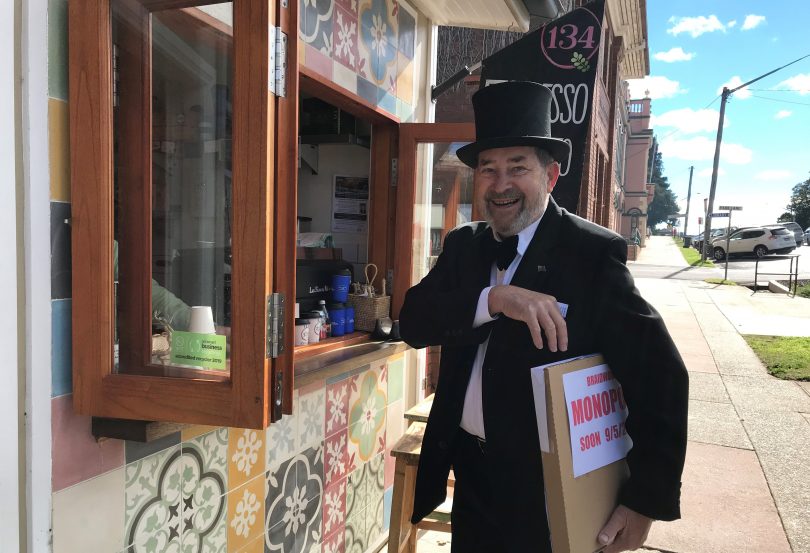 Real estate in Braidwood is white-hot at the moment, across the board – the games board that is! A limited edition Braidwood Monopoly has been produced as a fundraiser for the Braidwood Hospital and has proven to be a smash hit, raising much-needed funds for the health facility.

Braidwood Monopoly was the inspiration of local Community Bank Manager Nick Fry and the Vladimir Bohdan from the Braidwood Hospital Auxiliary.

Mr Bohdan ran the idea past the Braidwood Connect business forum to see if there was any appetite for the concept. Encouraged by the response Mr Bohdan then collected ‘promissory notes’ from businesses to get the funding to produce the game.

When the time came, everyone paid up. While businesses paid to name a property on the board, the local Community Bank sponsored the Monopoly money.

“In generations to come the kids will be able to say – look my Pop had a shop on the main street then,” he added. 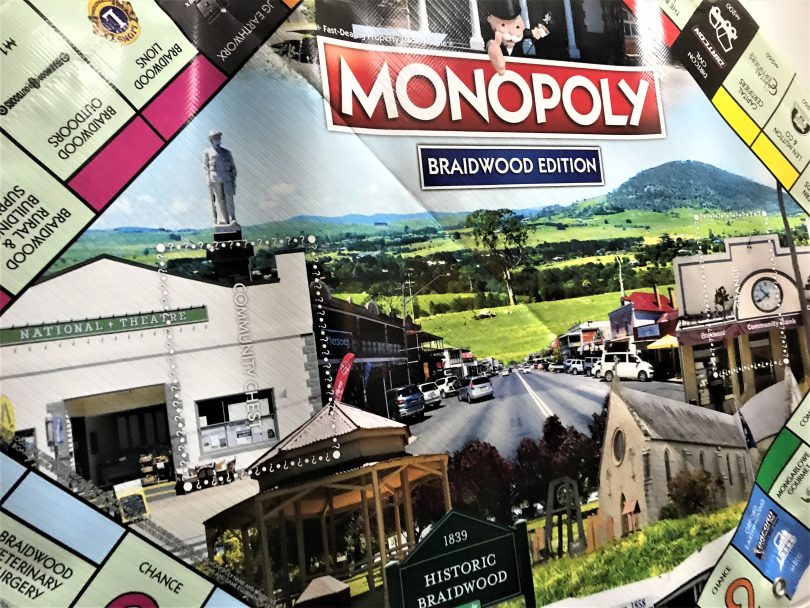 Five hundred board games have been produced, with the number one game bought at auction by local jeweller Diana Thompson for $550. The regular retail price for the games is $59 each, and many had been reserved sight unseen.

The businesses involved and the final look of the game was top secret until revealed at the launch earlier this month.

Mayfair, Park Lane, and Old Kent Road were replaced by local businesses names, much to the delight of all involved.

More than $27,000 has been raised so far for the hospital. The fundraiser was organised through Winning Moves in Sydney, who are licensed to produce Hasbro Games in Australia. 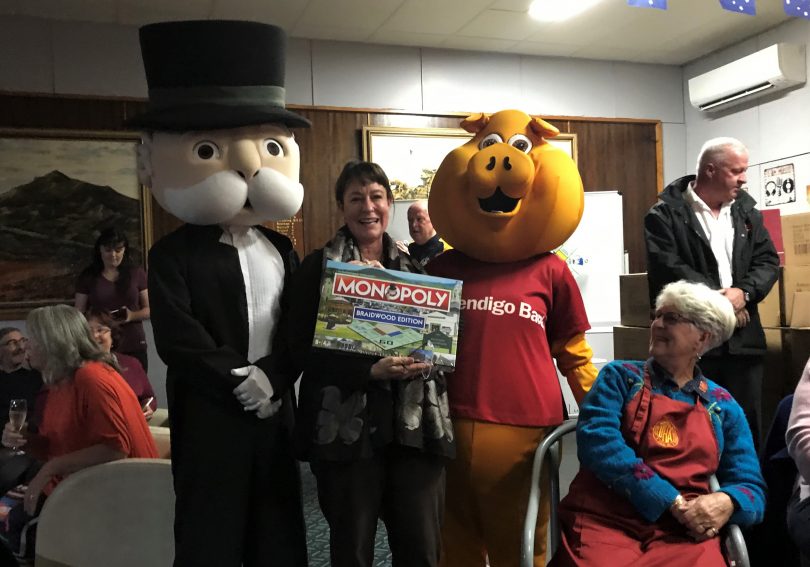 Monopoly man with Diana Thompson, the Bendigo Piggy and Marilyn Carle from the Hospital Auxiliary.

Susan Moore - 46 minutes ago
This is a good news a story 😊 View
Nola Scheele - 8 hours ago
I think there were too many onlookers and he was scared, that might have been why he was jumping back in. Well done to the re... View
Josie Conlan - 10 hours ago
What a beautiful act of care an kindness... View
News 22

Jim Cox - 10 hours ago
Businesses should be able provide a safe environment for both their staff and patrons. Bring it on. View
whatwik - 12 hours ago
Confidently guessing the overwhelming majority of us will read that as human rights for those who are vaccinated/ doing the r... View
News 33

thatsnotmyname - 11 hours ago
With the growing population bigger is better. Shame this will need to be scaled back! build it I say. View
show more show less
*Results are based on activity within last 7 days

It looks like next year's federal election will be even more about keeping Australia safe. The Morrison Government will seek...
News 53