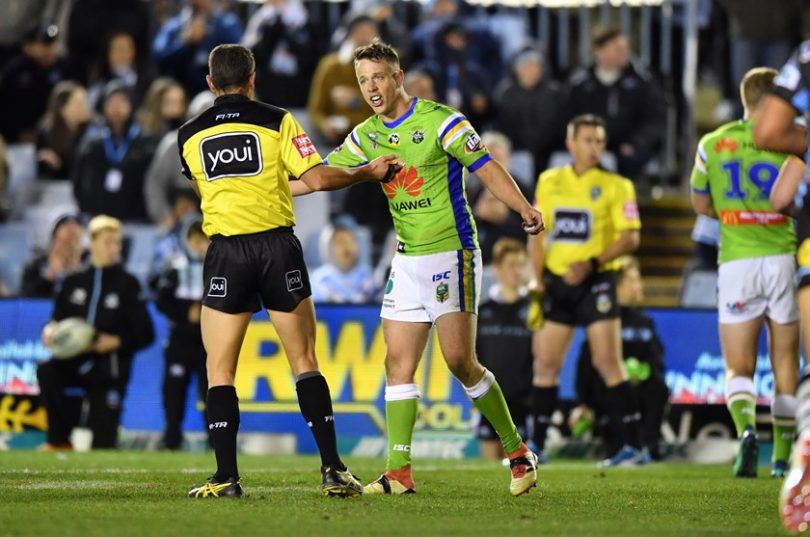 Raiders’ playmaker Sam Williams said his side is taking full responsibility for their devastating loss to the Sharks and are not blaming the result on the referee’s mistakes, as the fallout from Friday night’s howlers continues.

Referees boss Bernard Sutton has admitted the men in charge made two errors which derailed the Raiders comeback during their 28-24 loss to the Sharks on Friday night but Williams said the side’s first half was to blame for the defeat at Shark Park.

“To be fair, we put ourselves on the backfoot too much in that first half,” Williams said. “The second half was a really good half of footy but once again we weren’t good enough in the first 40 minutes.”

The referees and bunker system has been in the spotlight since Friday night with NRL greats, coaches, pundits and journalists all having their say. Knights’ coach Nathan Brown believes the NRL should install the captain’s challenge system as a way to fix the refereeing crisis.

Williams isn’t sure if the challenge system is the way to stamp out referees’ mistakes, but acknowledged something needed to change to fix the growing mistakes from officials.

“I think sometimes the players probably see things a bit clearer than the officials, but I’m not sure if there is scope for a captain’s challenge or things like that,” Williams said.

“I know the refs go out there trying not to make errors so it is not as though it is something consciously they are trying to do, but it is important that we do everything we can as a game to get the decisions right, whether or not something like the captain’s challenge comes into it.” 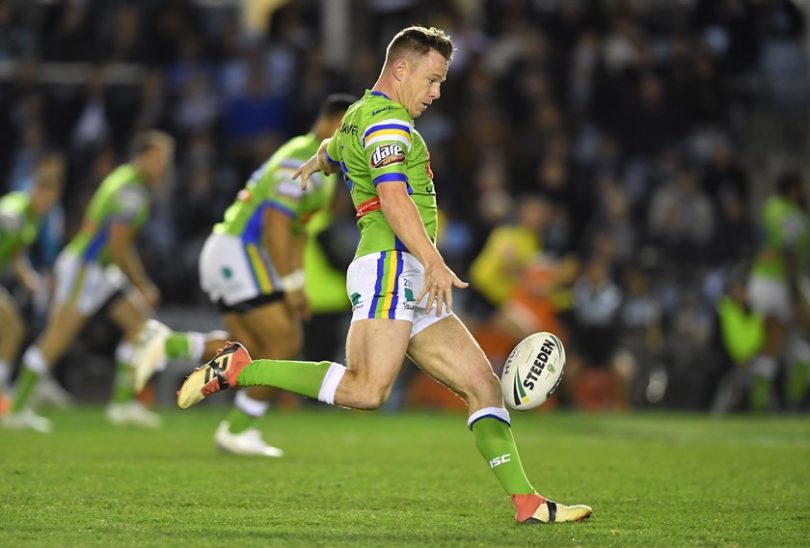 The Raiders’ 2018 finals chances are still a mathematical possibility, with the club now forced to win their six remaining matches and cross fingers and toes in the hope that the other results go their way. Williams said it was important for the side not to change too much, and as the sporting cliche goes, take one game at a time.

“We have got to win every game but every week is a new game, you just need to win that match and then worry about the following week,” he said.

“We are a professional outfit and we have got to be able to be mentally strong enough to bounce back. We come back in here this morning with smiles on our faces and make sure we are as professional as we can throughout the week to get ready for the game.

“I know this side won’t stop fighting.”

Sean Jones - 7 minutes ago
Amy Jamieson i’m on my way! View
Chris Davis - 1 hour ago
Hope they check out how Narooma runs it View
Steph Hamleed - 1 hour ago
Melanie Leedham bring the kids to this View
Opinion 46

Steve Hugler - 26 minutes ago
Troy Scott there’s still time for you to make a shot put comeback mate. 3 years and you could be at the Olympics!... View
Liam Timothy-Nesbitt - 2 hours ago
Tariku Fitzgerald-Holmes We’re up there... View
Mark Flack - 4 hours ago
Compare it to a little place call Crookwell in southern NSW ! View
News 35

Dee Kaden - 56 minutes ago
That could almost be 5,400 homeless off the streets!!! View
Slim Hunter - 3 hours ago
Natives or weeds that require watering?🤔 View
Lifestyle 24