The busier-than-usual winter property market provided a great starting point for the spring selling season, with the total number of listings and sales during September being higher than in 2013.

This flourish of activity has certainly given the market a ‘spring’ in its step, however it seems consumers are still feeling pessimistic.

Despite interest rates remaining at a record low 2.5% for the 14th consecutive month, consumers are still erring on the side of caution.

Consumer Sentiment fell a whopping -4.6% in September to sit at 94, meaning almost all progress towards its recovery over the last 3 months have now been lost. The index now sits at just 1.1% above the post-Budget level.

Activity has been high and speedy during September. Buyer activity is up +13.5% annually, with 70 extra house sales taking place over the month. That’s an additional two properties sold every day!

2,097 properties were listed to sell over the quarter, representing an increase of +1% annually.

Rental supply down while demand is up

It’s a superb time to be renting as median rental prices continue to drop, declining a further $5 in September to sit at $390 per week. This represents a -6% decline since September 2013 when the median weekly rent was $415.

Rental properties are now spending an average of 45.5 days on the market.

Comparing the September 2014 quarter to the same time last year, 334 fewer rental properties were listed while 194 more leases were signed.

If this trend continues, we might expect the stubborn decline in median rental prices to ease and the market to gain momentum once more. 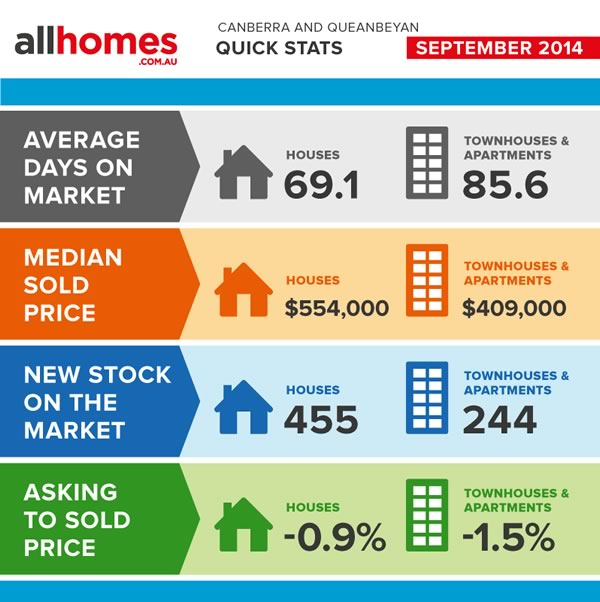 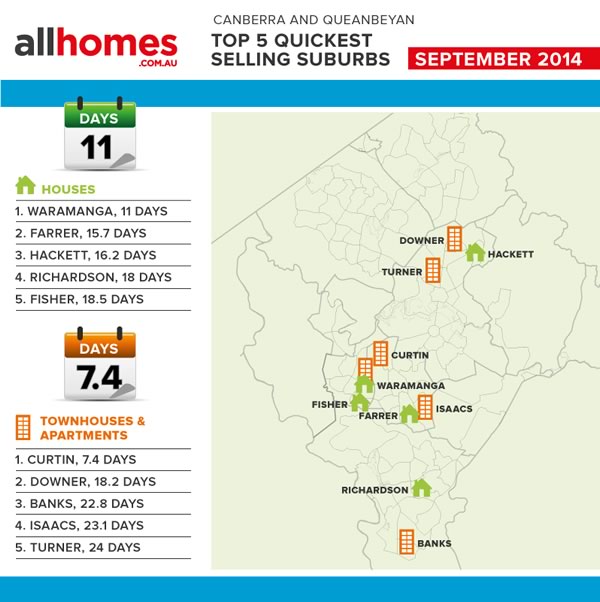 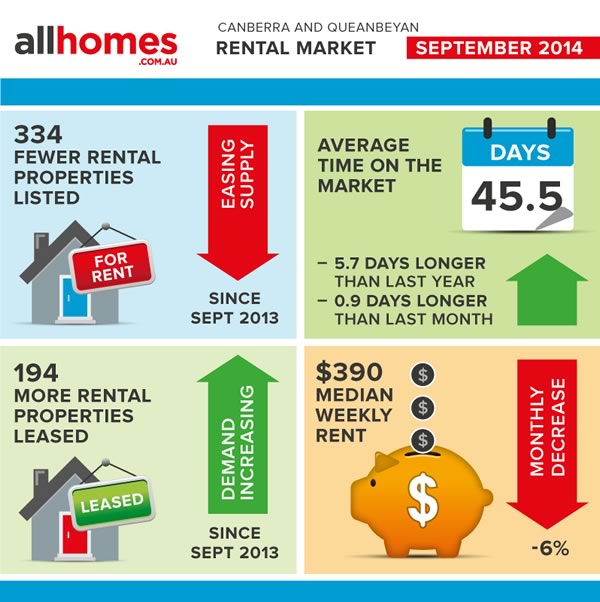 James Forge - 20 seconds ago
Chinmoy Misra People in SUV's and 4WD's are the worst at coming to a near stop at speed humps in their supposedly off road ve... View
James Forge - 14 minutes ago
Roderick Saunders Which makes it better than an ugly frumpy SUV View
Louis Larcan - 2 hours ago
And a bonnet scoop ! View
Opinion 109

chewy14 - 21 minutes ago
BJ, The outer suburb large blocks aren't being slated for densification, don't have good services and aren't as expensive. I... View
May Mac - 49 minutes ago
"I think striking a balance is key." Yes. Not everyone who wants a freestanding house wants the work of maintaining a yard, s... View
Melänie Janė - 2 hours ago
Ridiculous article. View
Property 11

Capital Retro - 39 minutes ago
A similar thing happened to me at an auction just across the border in NSW. The vendor put in a bid after the hammer fell and... View
Elyse Albrecht - 6 hours ago
Caleb Albrecht lol apparently you can win an auction even after the hammer goes down 🤷🏼‍♀️ View
Jose Vega - 7 hours ago
In Spain loans for your own home is tax deductible.... Investment loans are not... Majority live in their own home. View
Food & Wine 20

Judith Adraskan - 1 hour ago
A lovely man who will be missed. I worked with him as a colleague for over 20yrs & he was forever gentle, polite & kind. RIP... View
Melissa Dean - 8 hours ago
Such a wonderful, hard working, caring man and friend, taken to soon. I will miss our chats. I learnt so much from him, and e... View
Community 2

Capital Retro - 6 hours ago
I should have stated the obvious namely most service station sites have ample space for both solar panels and batteries but I... View
show more show less
*Results are based on activity within last 7 days

@The_RiotACT @The_RiotACT
The @CanberraLibs are calling for a Gonski-style review of the ACT's education system, and questioned the effectiveness of inquiry-based learning https://t.co/vfpwgh5Ocz (51 minutes ago)