Seven-year rollout of smart streetlights across ACT begins in Weston 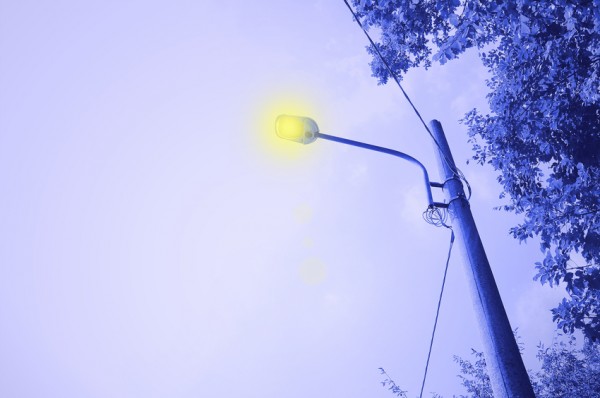 Over half the ACT’s streetlights are to be replaced over the next seven years.

The rollout of new LED streetlights across the ACT has officially begun, with Weston the first suburb to have the energy efficient lighting installed by provider Electrix.

Over half the ACT’s streetlights are to be replaced over the next seven years, as the city moves towards what the Government believes will be a smarter, more reliable and efficient network.

Minister for City Services Chris Steel said the advantages of upgrading to LED lighting included a longer lifespan of up to 20 years, greater energy efficiency and lower maintenance requirements.

A new digital Central Management System was also being developed offering real-time monitoring of the network that will automatically detect failures such as a blown bulb or cable problem, allowing repairs to be addressed more quickly.

“Smart streetlight technology means that we will now know when there is an outage and it can be fixed sooner,” Mr Steel said.

Light output from LED streetlights was also highly directional, which meant a higher percentage of the light can be directed towards where it is required, resulting in less wasted and nuisance light.

The upgrade would also contribute towards reducing energy consumption and carbon emissions, and support the ACT’s move towards zero net emissions by 2020.

“The replacement of old streetlights with energy efficient LEDs will save the territory over 80,000 tonnes of CO2 emissions a year, and save approximately 20,000,000 kWh a year. By the end of the contract the Territory will save approximately $2 million annually in other operation and maintenance costs,” he said.

Canberra has about 80,000 lights overall and more than 45,000 will be replaced, on existing light poles.

The ACT Government announced the new contract to replace the ACT streetlight network to provider Electrix in May.

Some older suburbs have already had LED lights installed, such as Kingston and Braddon.

These lights have just been rolled out in my street in Palmerston, which is now almost as bright as a football stadium. My whole house glows, despite heavy curtains and being behind a thick garden. Has the ACT Government looked at health and sleep issues of exposure to this lighting at night, light pollution (think local astronomy), or environmental impacts of bright night lighting on birds and fruit bats? Or do these lights just tick the “energy efficiency” box? Imagine how much more efficient it would be to not light the streets of our suburbs so brightly that we can’t sleep!

Fisher? Our street lighting is dreadful 🙃

Tom Howieson we are living in the future

Why don’t they start in the old suburbs? Those old lights are hopeless.

Driving at night under these new LED lights is a literal headache, they’re so harsh and white.

I love 'em, I can actually see

First suburb? There’s already hundreds of LED lights installed on many major roads all over the city

First whole suburb under this program.

And yes there are plenty of LED street lights around. One gets damaged they usually replace it with LED. And new suburbs of course.

Whilst the new lights seem quite bright when you get up close to them, they seem to cast a better stronger beam over the road and the light seems more direct too, good for spotting the roo's in the early hours thats for sure

didn't think of that thats fixed it right up

it's not good for your eyes or our hormones , our eyes are supposed to relax at night time

Mmm I wonder what problems there will be with them. Everything the government rolls out seems to be a dud.

the problem is they look Hideous, and you lose the night time experience

my understanding is that the project is capital neutral, I.e. the savings fund the upgrade

They’re more efficient. I don’t care if it costs us money, it’s a lot better for the environment and a drop in the ocean in terms of budget percentage.

Yeah I meant investing in the environment. Though I think financially too long term

Louise Earl - 1 hour ago
I love Canberra … but yes.. Canberra has missed the boat on a lot over a lot of years! Not just AFL. View
Matt Bacher - 6 hours ago
Michael Bourke …..as you and I can attest to mate 🤣 View
News 156

Capital Retro - 3 hours ago
Now for the wind turbines. View
Dean Okeeffe - 3 hours ago
you'd think with all their planning did territorial birds not factor in. View
Henry Kivimaki - 5 hours ago
Can we train the birds to attack the work cover drones? .. 😏😉... View
News 83

Over a quarter of Canberra’s streetlights now LED lamps