Suburbs blueprint calls for annual registration of cats and dogs 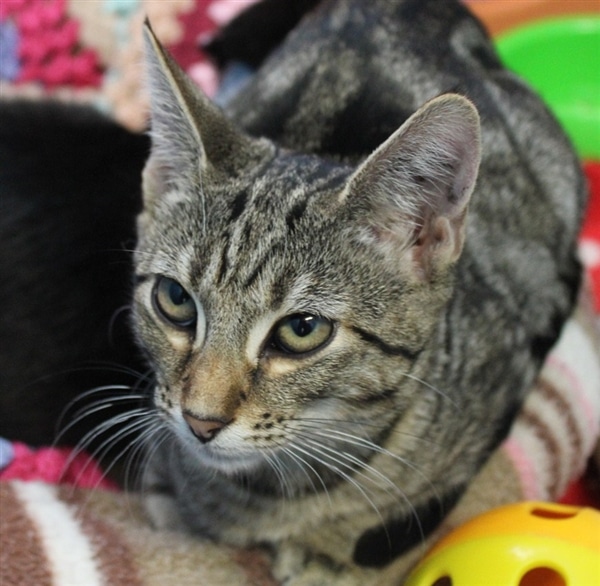 Registered and contained, that’s the future for the ACT’s cats, according to the Better Suburbs Statement. File photo.

Annual registration for cats as well as dogs and a roll-out of cat containment rules across Canberra’s older suburbs are recommended in the Better Suburbs Statement released today (18 September) by the ACT Government.

At present, dogs are registered for life and cats are not registered at all and the Statement says a system for annual registration of dogs and cats would enable the establishment of a centralised government database to assist and enforce responsible pet ownership.

It says issues have been raised by both the Government and community that the data the Government currently has is outdated and inaccurate for cat and dog ownership in Canberra with the current lifetime registration scheme.

The Statement says all new suburbs must be cat containment suburbs, and Transport Canberra and City Services should develop a planned roll-out of cat containment for Canberra’s older suburbs.

Last month the new Ginninderry suburbs of Strathnairn and Macnamara were added to the cat containment areas in the ACT, along with a large area near the Gungahlin Marketplace shopping centre.

It envisages cooperation with private enterprises; and recommends the removal of pet restrictions in commercial areas and workplaces.

The Statement says there should be a clear transition process from lifetime to annual registration.

To ensure a smooth transition and compliance, the changes and what the registration fees are being used for should be clearly explained to pet owners.

There should be a focus on education and better enforcement but with amnesties to encourage compliance.

For example, getting the owner to agree to register and microchip their pet rather than taking it to the pound; or providing a timeframe of no more than 12 months to complete registration and micro-chipping.

On the vexed issue of dog attacks, the community should be able to report incidents online.

The Better Suburbs Statement will guide Canberra’s suburban development and city services up to 2030 including the service priorities for the next four years.

It is the product of a year-long community consultation that used a deliberative democracy process including a number of Citizens Forums.

It can be found at https://www.yoursay.act.gov.au/BetterSuburbs.

So what happens with people who have already paid for lifetime registration of their dogs? Surely this could only be for new pets.

All cats should be contained and registered. We have 3 and love them to bits but they don't belong outside.

This is a great idea.

Isn't it already a requirement that cats and dogs are registered?

Probably but never hear of people getting fines...

Yes. And include dogs too. Dogs also stalk, hunt and kill wildlife and birds.

Dogs have always been required to be contained, and registered.. Its only (some) cat owners who for some reason think that there animals should be free to roam the neighbourhood...and they should be exempt from registration.

Jackson Bond agree. But native animals and birds don't stop at fence boundaries. Ideally both would be required to be contained within a yard, but they can still prey within those confines. Bloody cat owners who allow them to roam at all hours are the worst.

Another tax and blatant cash grab from the ACT Labor Government.

Way to encourage people not to register pets to avoid this annual fee though.

Moved from cat-contained Bonner to Kambah. Fantastic decision except my canaries have been attacked over and over. 6 dead so far.

Cat containment is definitely the way to go right across Canberra.

I think cat containment areas are a great idea, but I also think something needs to be done to make it easier for people to comply. I don’t live in a cat containment area but I applied to my body corporate to contain my courtyard so my cat could go out there because I think it’s mean to lock her inside 24 hours a day. The body corporate refused my application even though I provided plans from a reputable company to do the work which would not have impacted on my neighbours. Even after requesting feedback I never got any reason for the refusal. So I now have to either lock her in (which I do, and I feel sorry for her) or let her roam. Designating areas as containment areas is the first step but enabling people to contain their cats in a manner that doesn’t have negative welfare impacts has to happen too.

Doris Andrews yes it’s very frustrating. I actually own my flat but I’m still restricted by the body corporate, which just frustrates me so much! It’s my own home and I’m not allowed to make my courtyard safe and secure for my cat! Thank you for the link I will definitely take a look

Katie Asplin I live in a body corporate run place and I think you'll find some body corporates have no idea. As an owner you can attend the AGM and even get elected to the executive. Where I live we are fairly relaxed. If the structure is temporary and not overly visible its ok. In fact I believe if it is below the fence line, the body corporate has no say as it is not visually damaging. They can't tell you how to do your garden, so if you keep the cat run low and below the fenceline, i doubt they can tell you to remove it.

“a system for annual registration of dogs and cats”,
“a planned roll-out of cat containment for Canberra’s older suburbs”,
“registration fees”,
And there we have it. Yet another revenue stream for our greedy mob, the actual purpose of which will disappear a few years down the track. And guess what will get jacked up every year during the budget. Ka-Ching!

Agree, for the protection of the cats as well as wildlife. sad to see pet cats roaming at night, in danger of being hit by cars.

I totally agree with registration for all cats and dogs and containment areas.

I think all cats should be kept contained, not just in some suburbs

Best thing that could happen.

David Pollard - Independent for Yerrabi 2020 - 2 hours ago
Kylie Robinson I’m concerned with mental health support for young people, particularly - but not only - through schools. I... View
Jack Hearps - 8 hours ago
Christopher Stuart Veilands compared to other authorities ... shires etc ... ok.... View
Jack Hearps - 8 hours ago
Bethany Williams your very aware ... the LP is not what it was progressing to be ... it has been taken over by the religious... View
Business 4

Liv Ruth - 20 hours ago
Hi Jim Jim, if that is Covid debate you are talking about, this should be applied against everyone’s next rates invoice in... View
show more show less
*Results are based on activity within last 7 days