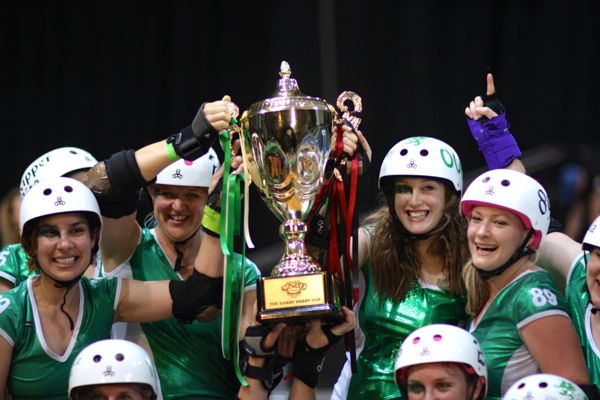 This Saturday saw the grand final double header of the Canberra Roller Derby League play out at the AIS arena. Excited family members, friends and supporters filled the stands, and as always the community atmosphere was in full swing with music, dancing and face-painting on offer. 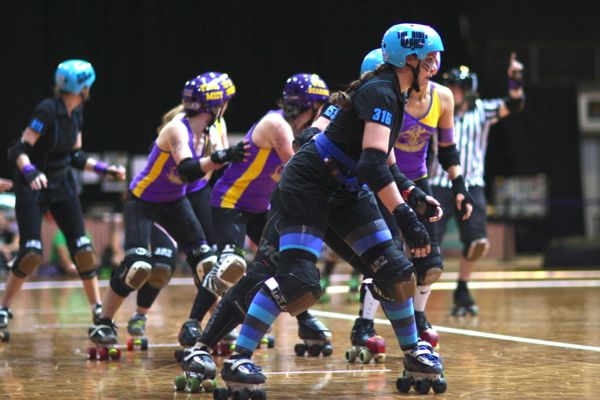 The first bout of the night decided third and fourth positions in the league. The Black ‘N’ Blue Belles took on the Brindabelters, and were in the lead for the majority of the bout. However in the nail-biting final minutes, lead jammer Berry Bad from the Brindabelters managed to bring home enough points to take out the match. The final score came in at an extremely close 144-140. Most Valuable Players for the game were Shortstop playing for the Belles and Berry Bad for the Belters. 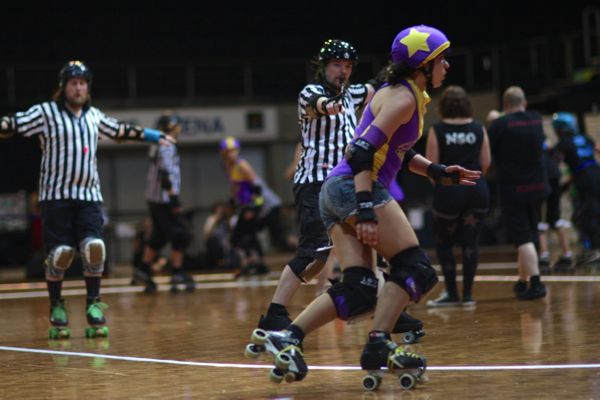 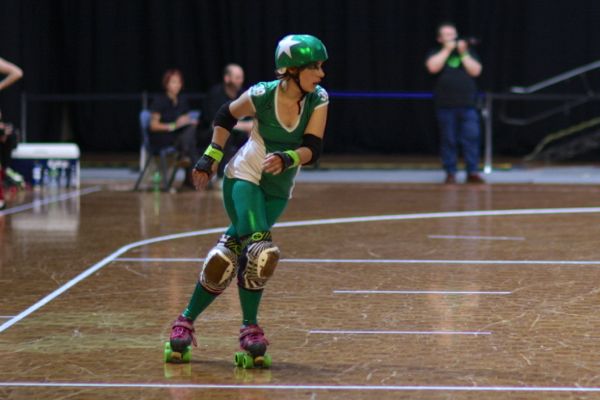 While the season is now over, the League will be hosting a 10 week learn-to-skate ‘Freshmeat’ program for anyone interested in brushing up on their skating skills or trying out for the league. An information night will be held for particiapnts, and expressions of interest can be emailed to crdltraining@gmail.com. 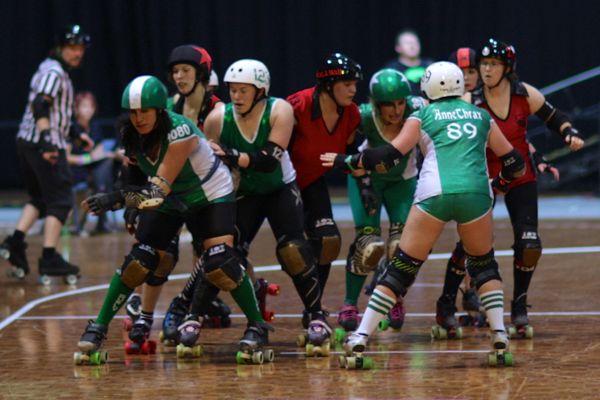 Congratulations to the Surley Griffins and the rest of the teams who fought hard on Saturday!