In an attempt to get through most of the hikes within the Tidbinbilla Nature Reserve, I recently set out to do the Nil Desperandum hike with my friend Jarryd.

I started the hike from the Dalsetta carpark, which is located on the right not far inside the national park.

The first few kilometres winds past kangaroo grazing areas and through the Greens picnic area – a large open space with picnic tables which would be a great spot to spend a sunny day. 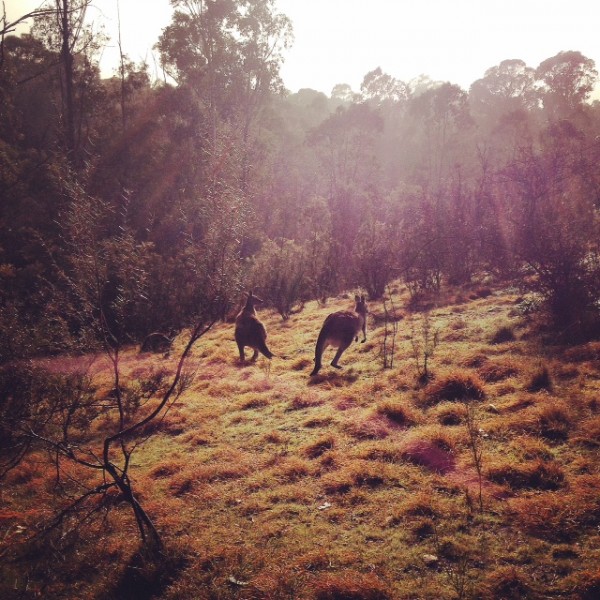 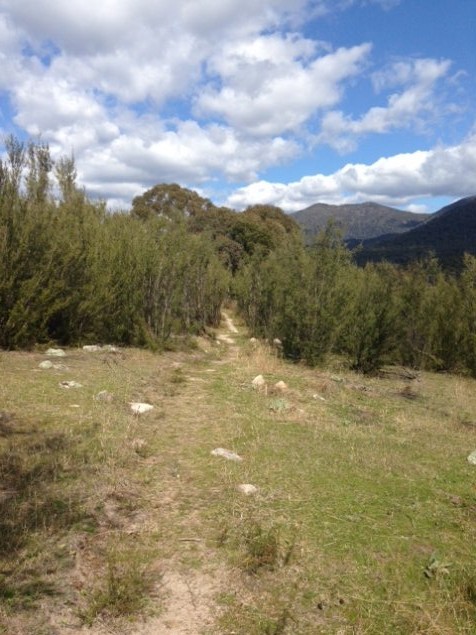 Once through the picnic area, you cross over the Tidbinbillla River and over a short shaded path to a fire trail. Then you start a climb up. It seems a bit hard at first after a mostly flat trail but it’s not too steep but be careful on some of the loose gravel. 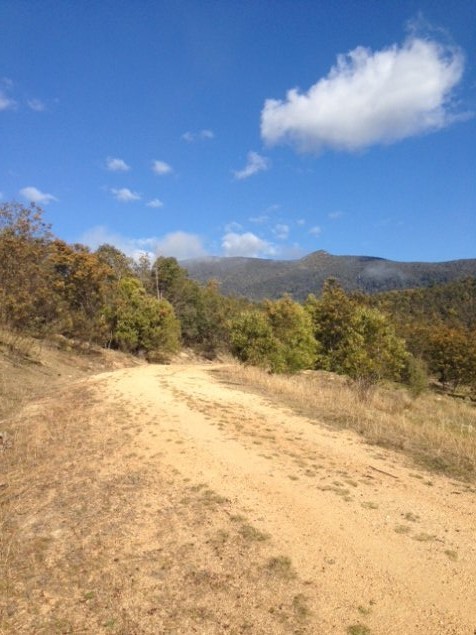 It’s a good view over to Gibraltar Peak and the surrounding mountains as you continue climbing up. There’s was a bit of fog around when we started the climb up proving a nice effect as it hung low over the mountains before burning off. 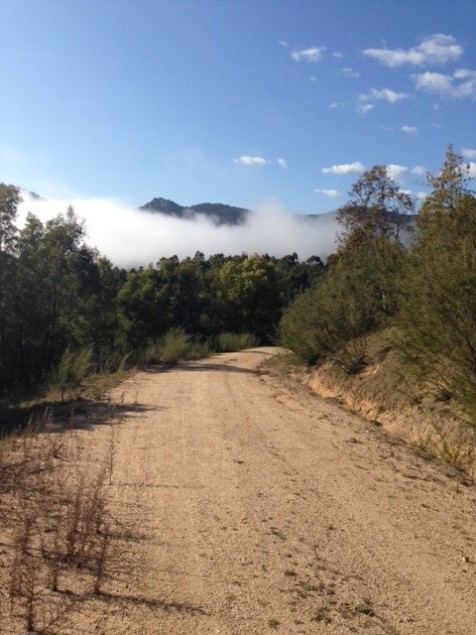 Make sure you bring some sunscreen with you on this hike and the last few kilometres are very open with no shade. The last section to the homestead is mostly downhill but it’s a brief but steep climb on the way back.

The homestead is a nice spot to have a bite to eat before the walk back. The Nil Desperandum homestead was built in the 1890s by an Irishman. It was destroyed in the 2003 Canberra bushfires but was rebuilt to its current state. 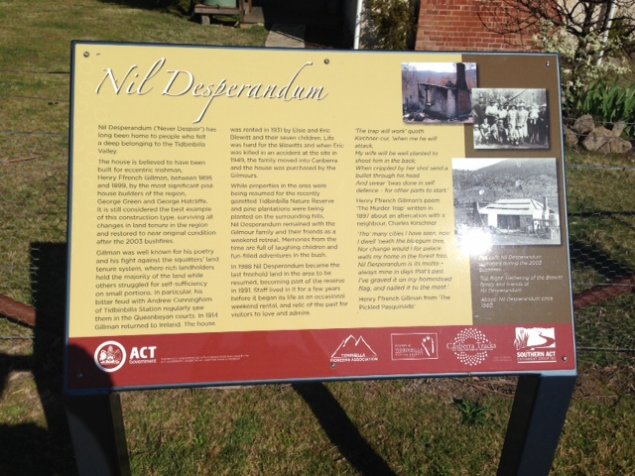 The homestead passed through several owners and by the mid-1980s Nil Desperandum was one of the last remaining freehold blocks of land in the ACT before being resumed by the government. In 1991, Nil Desperandum became part of Tidbinbilla Nature Reserve.

Nil Desperandum used to be used by reserve staff, but can now be rented out if you want to turn your Tidbinbilla experience into a weekend excursion. The homestead comprises of three rooms but you have to bring your own sleeping bags, food and cooking equipment. There is no electricity but there’s an outside BBQ.

All up the return hike took us about two and a half hours and was the easiest walk I’ve done so far in the park. It’s a great walk if you want plenty of kangaroo spotting opportunities and to see a part of Canberra’s history.

Nil Desperandum used to be such a treasure. It was not well known, looked and felt its age, and was treated like a getaway shared amongst family – people brought their own old furniture and curtains and cushions to replace broken chairs etc, and replenished the kitchen spices and things for others. You picked up the gate key from some random little office in Woden and it cost about $20 a night. The visitor’s book (which I’m sure dated back to WAY earlier than 1991) listed a fantastic range of interesting people. There were all sorts of tricks needed to get the utilities working. Heartbreaking that it burnt down. There’s a wonderful hidden swimming hole in the creek nearby. There used to be the remnants of the vegetable garden near the house – lots of rhubarb! The man who built the cottage , Henry Gillman, was possibly a remittance man with a shady past … there’s a book of his poetry in the NLA …

Mushy Pea - 15 minutes ago
Liz Higgins excellent looks like my kind of event 🤣😂 View
Dougie Fry - 2 hours ago
I’m going to lube mine up with baby oil View
Bec Malik - 3 hours ago
Kelly Tunks let’s do this!! View
Lifestyle 34

Nada Krstin - 2 hours ago
Redmond Herrington OK, since covid has been a GLOBAL pandemic and vaccines have been available and approved for at least 18 m... View
Opinion 48

nadine - 3 hours ago
"Mr Barr said the ability to travel interstate ... would be entirely subject to border decisions made by other states" Given... View
kenbehrens - 5 hours ago
Vaccines offer protection against severe infection and in most cases, death. It doesn't prevent people contracting Covid, get... View
kenbehrens - 5 hours ago
Sam, With respect, you appear to be poorly informed. Flu typically kills the elderly or those with health conditions. It is a... View
Sport 19

Dave Horsley - 3 hours ago
How would a club like Penrith convince quality players to travel 6+ hours every week plus training when they could just join... View
Sione Nonehh Taufui - 4 hours ago
Sione Taufui ouaaa 😂😂😂 party party... View
Opinion 3

James-T-Kirk - 5 hours ago
Nah... it's Canberra Avenue. It needs a grand covered entrance. A couple of traffic lights and some turning lanes. Who cares... View
Dilkera - 7 hours ago
Absolutely ludicrous to have a grand drive in entrance on Canberra Avenue, which is long past being a grand avenue. It is a c... View
News 19

@The_RiotACT @The_RiotACT
Get your votes in for the people's choice award in the inaugural National Capital #Art Prize, an annual award for #Australian artists that aims to showcase Canberra as a cultural hub https://t.co/aT9nII8kTX (3 hours ago)

@The_RiotACT @The_RiotACT
It's war at Murrumbateman, where a particularly assertive #magpie has it in for #winemaker Bryan Martin - and he has the video footage to prove it https://t.co/wuXWsjvgdt (4 hours ago)

@The_RiotACT @The_RiotACT
The iconic #BatemansBay Bridge is almost completely gone, all that remains is a few piers rising from the water https://t.co/1k3VBOuBMt (5 hours ago)