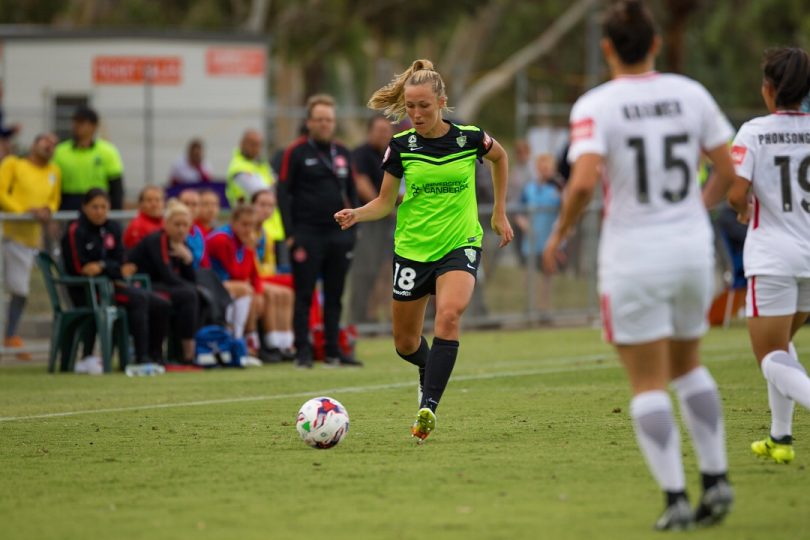 The rebuild has opened the door for Taren King to make herself a regular in the centre-back pairing. Photos: Supplied.

A young centre-back who impressed coach Heather Garriock during the eight games of her debut season has signed on for another season at Canberra United.

After coming into the squad last year as somewhat of an unknown, 21-year-old Taren King made a name for herself at the back and is aiming to be a starter in Garriock’s match-day squad in season 11 of the W-league.

Canberra United is undergoing a squad rebuild after the club posted its worst season in its 10-year history and have already signed dynamic winger Nikola Orgill and defender Natasha Prior from the Newcastle Jets for the upcoming season. The rebuild has opened the door for King to make herself a regular in the centre-back pairing, which she plans to make her own.

“Hopefully I can do much of the same this year and continue on with that. Everyone’s goal is to be the first option and that’s what I want to be.” 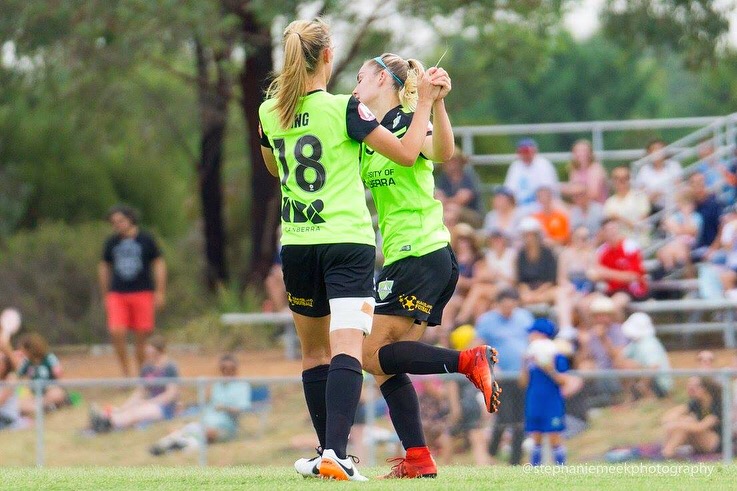 Across her eight matches, King excelled as a solid option at the back, winning over half of her duels, cutting passing lanes and proving to be a strong distributor from the backline. Garriock said she was looking forward to King returning after her strong first year in the league.

“Taren came to Canberra as a trialist and was signed by us and was a consistently strong performer at the back during the campaign,” she said.

“She worked hard to establish a spot for herself in the squad and was one of my premier options in the backline by the end of the season. It will be great to work with Taren again and we can see her improve her game even more in this new season.”

Chris Hobbs - 7 hours ago
Time will tell. If they are pragmatic and able to adapt their ideologies to actual plans and policies, it will be an interest... View
David Brown - 9 hours ago
They got disaffected votes from people fed up with both majors. If the Libs can find a moderate leader and develop some sensi... View
HiddenDragon - 9 hours ago
Most of what we've seen from the ACT Greens in the last few terms of government has been fairly standard stuff from the polic... View
Property 37

Capital Retro - 7 hours ago
One comment on this thread was the Australian Electric Vehicle Associate has given advice to the ACT govt. on its policy that... View
Heavs - 10 hours ago
Five superfluous words in that last sentence. View
JC - 11 hours ago
What policy? Always trying to make a political point. What’s clear is you don’t know much about electronics and electrica... View
News 1

@The_RiotACT @The_RiotACT
Miss the music: the @CBR_Symphony will be back in 2021 with a new team, old favourites and fresh Australian works. Check out the program https://t.co/rdarOqWtAd (8 hours ago)