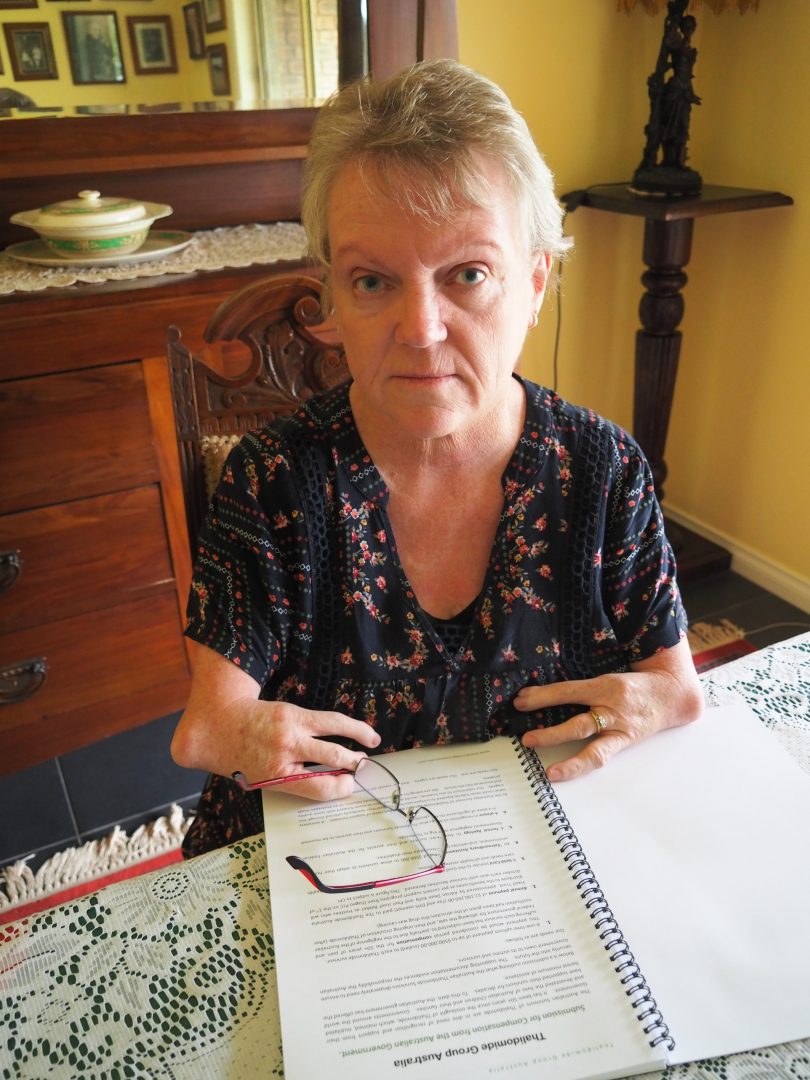 Lisa McManus says thalidomide survivors are angry that the Government has taken so little action on their behalf. Photos: Supplied.

The thalidomide story starts with a horrifying episode of medial negligence around 60 years ago. But Australian survivors say their story won’t end with the offer of a memorial garden at the National Arboretum they’ve described as tone-deaf and completely inappropriate for their needs.

Lisa McManus is one of the youngest thalidomide survivors. Six years ago she began leading an informal advocacy group. While they’re eligible for disability support and may have received individual payouts from the drug manufacturer, Diageo, none have received compensation from the government that approved the drug’s use.

Prescribed for morning sickness, thalidomide caused extensive birth defects in more than 10,000 babies around the world in the early 1960s. It’s believed there are at least 125 survivors in Australia, and possibly more who have not been diagnosed.

“The drug was sold in at least five different forms,” Lisa explains. “I frequently get messages from people describing the disabilities they have, and saying their mother distinctly recalled being prescribed a medication while pregnant.”

A Senate inquiry that concluded in March delivered 11 recommendations to meet the needs of survivors who are developing increasingly complex health problems as they age.

“The Senate inquiry said any support in play at the moment is inadequate,” Lisa says “It was fantastic to have an acknowledgement that the government had a significant role in contributing to our disabilities through negligence in the drug’s approval process.”

A proposal by survivors included a one-off payment in accordance with individual levels of disability, a yearly allowance to help with everyday life issues and healthcare packages.

“Lots of us are starting to break down at an alarming rate,” Lisa says. “As we age, people are getting X-rays and scans that show much more is wrong than we ever knew. People are discovering they don’t have a gall bladder. One man has found out his whole internal organ system is back to front.

“At 56, I’ve been equated to an 82-year-old physically. We are finding that in the last 12 months survivors are deteriorating quickly. I now struggle to even hold a pen any more.”

Lisa says that as physical ailments multiply with age, so does the mental toll for survivors. There has been at least one recent suicide attempt as people face increasing physical debilitation.

The survivors had also suggested a national apology and some permanent memorial recognition. But Lisa says that the last measure is the only action the Government has taken in six months.

She says there was no consultation or communication before the survivors’ group was notified recently that a garden space had been allocated to them at the National Arboretum.

“In February 2018 we were asked what we wanted from a memorial. There was an offer to contact artists and work towards something. We thought a statue or plaque in Canberra, as the capital of Australia, would recognise the history of thalidomide in this country.

The Arboretum was mentioned, but Lisa McManus says the first survivors knew of concrete plans was after Australian Story screened an episode focussing on their plight. In the media aftermath, the office of Health Minister Greg Hunt responded by mentioning the memorial garden concept.

“We were swamped with social media,” Lisa says. “People asked how on earth we were going to use a garden? They were livid to think that a garden was all the government had on offer.” 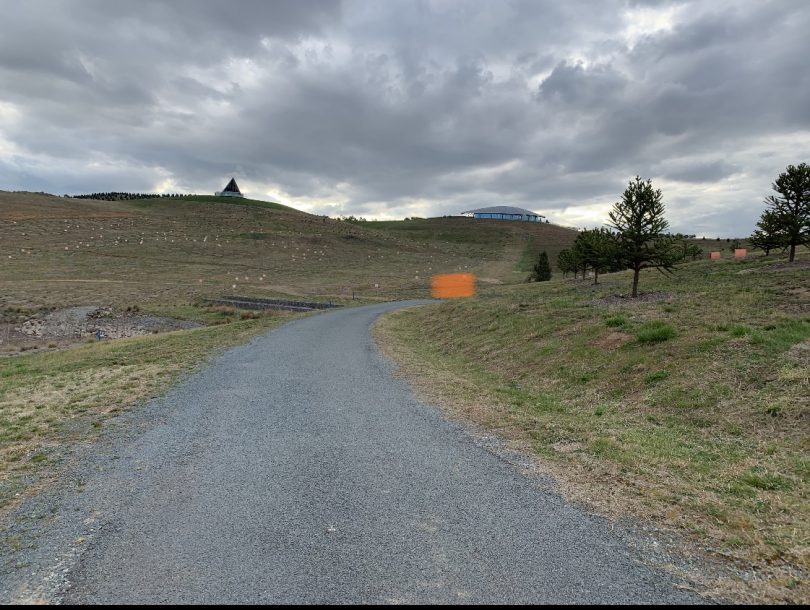 The site identified at the National Arboretum for a thalidomide memorial garden.

It got worse when she was taken to see the site several weeks ago. She says the garden is at the bottom of the zigzag that spills down the hill from the Village Centre, a distance of over six kilometres from the nearest available parking for seriously disabled people in frail health.

In a statement to media last week, Minister Hunt’s office called the experience of thalidomide sufferers “a national tragedy”. He added that the Government would offer a national apology and establish a national memorial, to be determined with advice from survivors.

Lisa McManus says this all news to her.

“We have thrown our little hands in the air,” she says of the lack of communication and responsiveness to survivors’ needs. “It feels like the government has no heart or conscience about what we’re going through.

“Time might not be a concern for the Minister. But we are buggered and so scared of the future.”

While I have sympathy for the people affected by the decision from the arboretum management this will not be the last time a situation like this occurs unless some changes are made.

The National Arboretum has lost the plot about what it is, what it wants to be and more importantly what Canberrans want. Currently, it has become a theme park for a lot of causes and while this may be seen as well meaning policies need to be put in place otherwise it will end up a memorial arboretum park like this one in the UK http://www.thenma.org.uk/whats-here/ which now has 300 different memorials to a common denominator being those of service to the country.

I don’t think this was the original objective of the Canberra one – I thought it was all about trees. Guess I was wrong. I still can’t believe that a boutique hotel is to be built there. What next, mud spas?

This is so sad as they only did what doctors advised

What a tone deaf response from the minister. 😡

David Hunter - 6 minutes ago
Kimmy Hunter…..get ready 😂😂 View
Alex SmilyLex - 9 minutes ago
Juts not the coldest time of the year. Let that be Qld. View
Adam Allica - 12 minutes ago
Jon Billows they don't even pay to fill the pot holes, although they do seem to love speed bumps, so it would be amusing to s... View
News 18

Margaret Edwards - 10 minutes ago
That’s where I fell in love with aqua aerobics many years ago. View
Tracey Crump - 17 minutes ago
Lizzie Parlane I think the pools will remain open (post lockdown) but the fitness programmes, including aquarobics will cease... View
Lizzie Parlane - 4 hours ago
Incredibly disappointed. I have used both pools for 18 years now - through pregnancy, to teach my son to swim, to keep fit. T... View
Community 49

Rj Phillips - 24 minutes ago
Tracy Robinson just completed this one View
Alice Caroline - 2 hours ago
I saw one in a tree along the Queanbeyan river walk💕 so cute! Such a gorgeous idea. View
Elise Anderson - 2 hours ago
Sam Da Cruz but if it makes people happy that’s a plus 😊 View
News 23