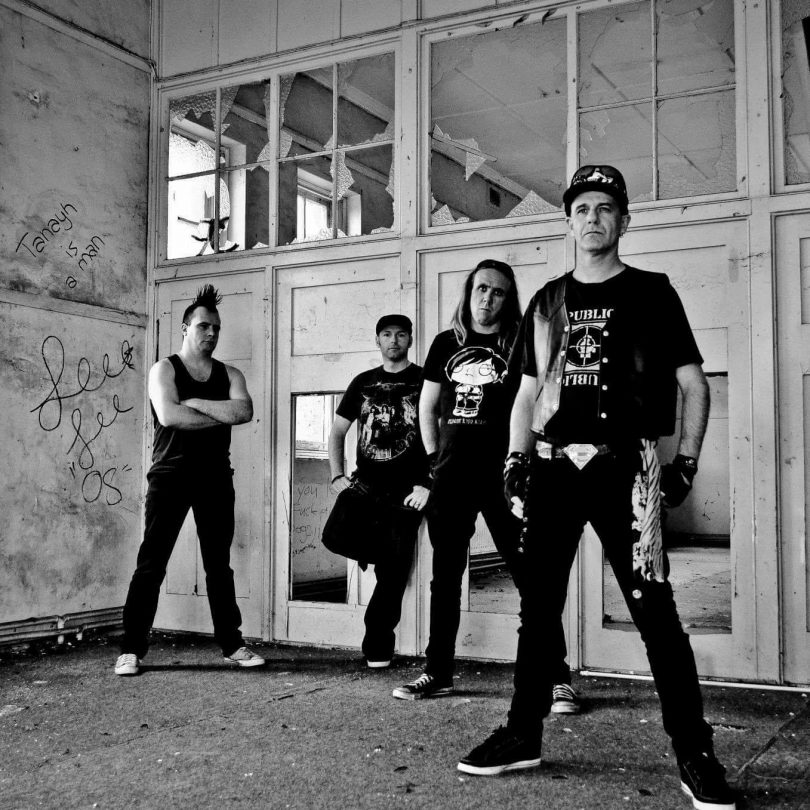 Catch Johnny Roadkill this Friday as part of My Blood Is Gasoline at The Basement, starting from 7 pm. Photo: Berko Bourke.

Johnny Roadkill are simply one of the best live bands in town. After flying under the radar for a little bit, Roadkill have been staking their claim across Canberra venues once more, showcasing their hair-raising hard rock sound and awesome live energy. Check them out this Friday, as part of My Blood Is Gasoline at The Basement, alongside other local acts like Hence The Testbed, And Then Silence, Stone Cold Crazies and Cognisant.

Also on Friday, FourPlay (which features freshly preselected Greens candidate for the seat of Canberra Tim Hollo) will be releasing their latest single “Wish”, an urgent clarion call on climate change. That’s on at Smith’s from 9:30 pm. Dalmacia will also be launching their latest single “Let’s Go Again” with The Postmasters and Slow Dial at The Phoenix.

Saturday sees beloved local indie-synth duo Kilroy at the Polish White Eagle Club with Kopasetic and Harrison Lambert, while longtime Sydney post-rock band Sleepmakeswaves will be bringing their 10th-anniversary tour to Harmonie German Club from 8 pm. And keep Sunday free, as the Canberra Reclink Community Cup is on as the Lime Stones take on the Noise after their nailbiting clash last year, while at the UC Refectory the legendary Cat Empire will be back in town, starting from 7:30 pm.

Peter Kline - 28 minutes ago
Tony Armstrong great news. View
Mazzie Woodward - 7 hours ago
We don’t have a working hospital and they are building a giant battery 🔋 does anyone else find this utterly ridiculous? View
HiddenDragon - 11 hours ago
"....will ensure that the nation’s capital remains at the forefront of a booming industry – supporting new jobs in emergi... View
News 161

chewy14 - 8 hours ago
Nobody, Interestingly, one year later, that number is down to 100 under construction or "planned", with another 300 "proposed... View
whatwik - 13 hours ago
There's certainly a nuclear reaction from the usual suspects here any time renewables are mentioned. View
Futureproof - 14 hours ago
Nuclear - the Greens say no New hydro dams - the Greens say no Windfarms in remote areas - Bob Brown says no... View
Community 49