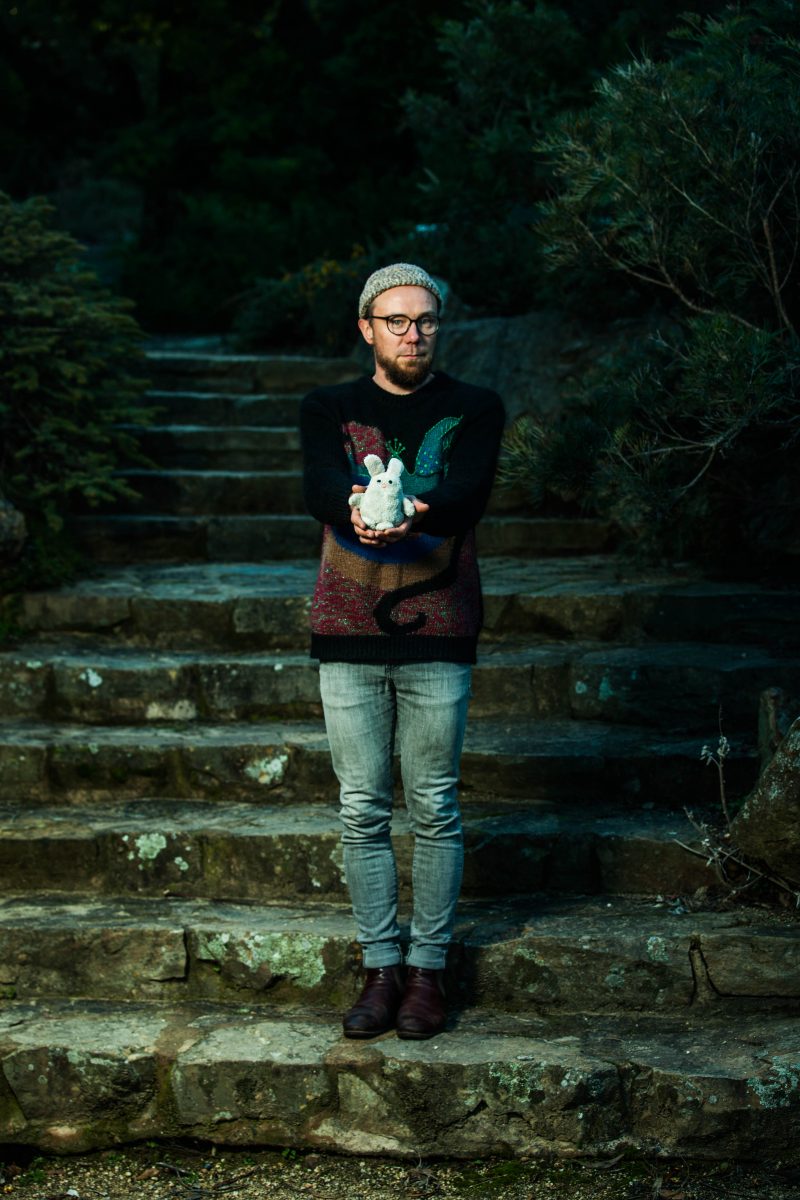 ‘As rare as hen’s teeth’…and a real treat – local creator Sebastian Field is performing this Saturday. Not only that, but he launches his long-awaited album, ‘Picture Stone’.

Recording with long-time collborator, Sam King, the project was recorded, then performed and recorded live to incorporate ‘reverberant qualities’ of places around us, ranging from The Fitters Workshop to Old Mount Stromlo Observatory.

Field’s haunting voice and carefully-layered soundscapes slowly build and immerse listeners as he explores and draws on his surroundings as well as his life journey. He’ll be joined by the incredible, dreamy, electronic-choral creations of fellow local producer, engineer and songwriter, Aphir.

There’s a big NAIDOC family fun day on Sunday at the University of Canberra, with free live entertainment including Durrungan Cultural Dance Company, Sistas in Song, Alinta Barlow and many more, while Woden’s hosting a community celebration at the Town Square on Tuesday with live music, stalls, food, kids activities and more.

Another big week of live music is ahead with lots of chances to see local bands. Punk Rockers, check out locals Sarky Bastard and Kyuss tribute band SUNS of KYUSS as they support ‘rock’s great unsung wildman’ Nick Oliveri and Russian Punks Svetlanas on Wednesday night.

The Get Downs add a psychedelic twist in with their brand of ‘Merseybilly’, as they join Raygun Rampage and Dave Bath and the Hot Tubs for a gig on Thursday, while the latest Soundscapes at Smiths merges sounds from local artists with ‘Independence Day’ samples for a 4th of July gig.

If you like synths, alternative, dreamy rock/pop and DIY magic…Lost Coast have fresh new stuff to share with locals Powder Blue, Like Foxes and Peach Lane this Friday at sideway.

Canberra legends Moaning Lisa have just released their latest single ‘Take You Out’ and it’s catchy as heck. They’re playing Transit Bar with Candy and Plastic Plants on Saturday.

Comedian Ronny Chieng’s much-awaited show is on at the Canberra Theatre Centre after a delay while he filmed a new TV pilot. Since winning Best Newcomer at the Melbourne International Comedy Festival in 2012, Chieng’s unapologetic comedy has taken on the world, from ‘International Student’, to his recent appearance in ‘Crazy Rich Asians’ and his gig with Trevor Noah’s ‘The Daily Show’.

Studio Connect are Canberra artists living with a disability or mental health issues, making art in response to local and personal stories. As part of the Woden Experiment, they’re seeking to re-energise Woden Town Square by residing at ‘The Pod’ and hosting a series of free, public ‘Winter Warmer Workshops’ with artist Nicola Lambert. All are welcome to help create and activate the space each Wednesday from 10 am till 2 pm with tea, coffee, cake and good conversation. This week learn and create soft sculptures inspired by the street art rainbow panda.

And Roald Dahl’s gleeful re-telling of classic fairy tales and animal adventures in Revolting Rhymes and Dirty Beasts has been brought to dramatic life by Shake & Stir theatre co, to much critical acclaim. The show’s arrived here in time for the school holidays with performances this Wednesday and Saturday.