The Shiny Bum Singers reveal all – but only once! 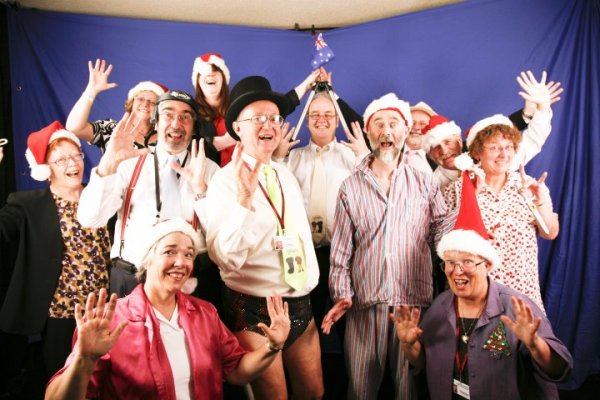 First seen at the National Folk Festival in 2013, this hilarious musical melodrama is back by popular demand for one show only:

Rampant Bureaucracy tells the (almost) true story of a failed government program (or should that be programme?) complete with political grandstanding, officious advisers, hard-working bureaucrats, consultants, cover-ups and whistleblowing. There’s even an advocacy group called SCORN and an investigative journalist.

In this unique tale:

All profits go to support the Bums’ favourite charity: Pegasus Riding for the Disabled ACT.

The matinee performance is being generously hosted by the Country Women’s Association, who are putting on one of their legendary afternoon teas. Tickets are $15 (including afternoon tea) and are selling fast, so ring Annette on 0412 101 543 or Joan on 6281 4833 now to reserve your seats.

Lin Van Oevelen - 6 minutes ago
I am still looking for a great pad thai on the Northside. One of those simple dishes that requires real skill to get right, I... View
Salima Haidary - 1 hour ago
Kinn Thai used to be good, sadly no more 😭 View
Elise Quodling - 4 hours ago
David Gray research? 😉 View
Opinion 53

Karan Campbell-Davis - 8 hours ago
That's right, build more of those ugly, high density dog boxes, just like Sydney! 🙄 View
William Coats - 16 hours ago
what impact will further development in the Sullivans Creek catchment have on future flooding in Oconner and Lyneham. These a... View
Community 5

@The_RiotACT @The_RiotACT
After a tough few weeks for the team at Mogo Wildlife Park, the surprise delivery of a leggy new addition was a treat for visitors & staff https://t.co/Pc3ECJmQgp (36 minutes ago)