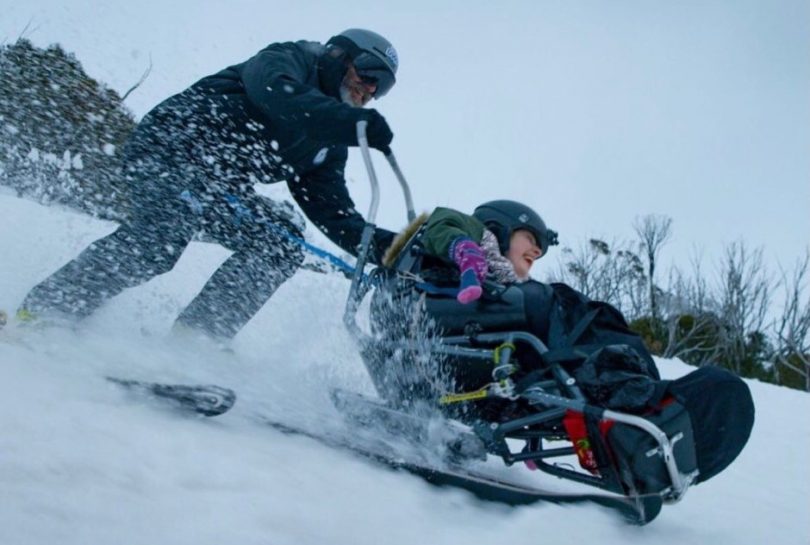 Lili and Craig coming down the mountain. Photo: Supplied.

Lili is a young girl who can’t talk, walk, feed or dress herself, or even write her own name. But here she is on skis, racing down a snow-covered slope. A volunteer is guiding her from behind and both are beaming from the pure joy of it all.

Of all the videos to explode on social media, few could be as heart-warming as this one.

Lili Morgan is 17 years old and was born with a rare brain disorder called “complete agenesis of the corpus callosum”, where the two hemispheres of the brain lack the nerve bridge between them.

She has also been diagnosed with microcephaly, meaning her head is smaller than average, severe global development delay, epilepsy, and a respiratory condition that leaves her oxygen levels below 45 per cent every few minutes.

Her mother, Melissa Smith, says Lili’s ailments is an A4-piece-of-paper long but that “none of them matter on the snow”.

“Lili is beautiful, but her innocent smile is deceiving – she is actually quite the dare-devil and loves anything at speed,” she says.

“Since Lili was born, I have been told not to dream, to keep my expectations low and be realistic. But Lili still dreams like everyone else, but often no matter how hard she dreams, there are some experiences that seem almost impossible.” 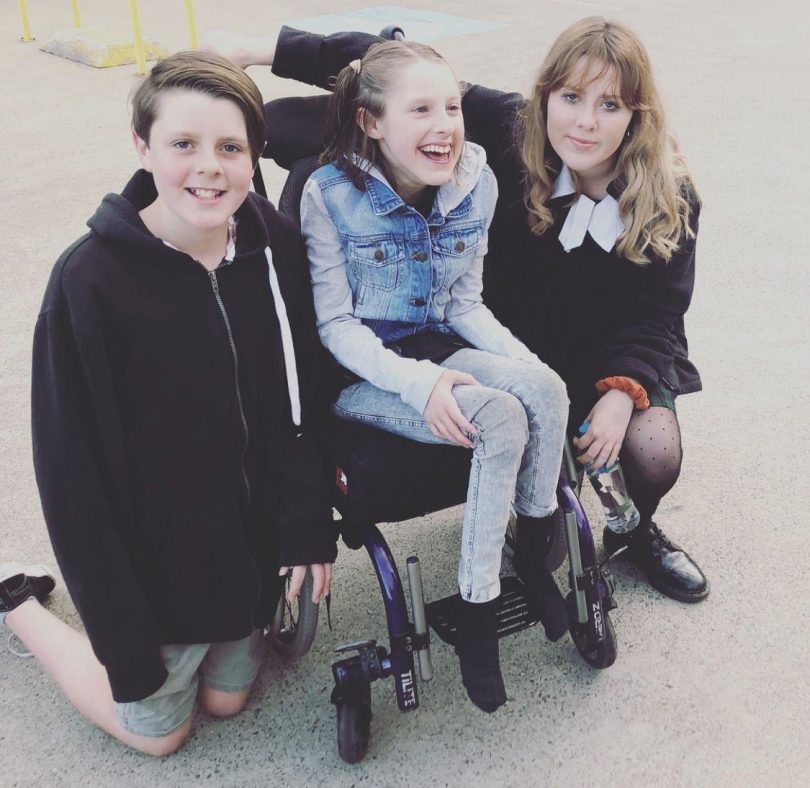 Lili with her older siblings Jett and Isabella. Photo: Supplied.

Lili graduated from school last year and now spends most of her time at home, especially considering her vulnerabilities and COVID-19. She has two other siblings, and Melissa provides doting care around the clock.

Relying on support from the government meant a holiday to the snowfields was never an option for the family.

“But you make the best with what you can,” Melissa says.

Every winter, Melissa would faithfully get up in the small hours of a chilly morning and pack the car, bound for the alpine area around Thredbo and Perisher.

Once there, she’d find a free hill and take turns hauling Isabella, Jett and Lili up the slope. Dressed in cumbersome snow gear and with a toboggan in tow, this was no easy feat. As the years went by, the other two could walk themselves to the top, but that was never going to be the case for Lili.

“The trips stopped as I just didn’t have the strength. I thought that was the end of the snow experience,” she says.

That is, until Disabled Wintersports Australia (DWA) and Sydney-based radio station Nova FM stepped up.

Two of their hosts, Fitzy and Wippa, offered to grant Lili one wish. And no prizes for guessing what that wish was.

They covered the expenses from the accommodation to the lift passes, while DWA supplied all the necessary equipment and Craig Stonestreet as her personal ski driver for a run down one of Thredbo’s slopes.

A video was posted to the Thredbo Resort Facebook page, and reactions were predictable. All 24,000 comments are a resounding chorus of praise for the program and response to Lili’s infectious smile. The minute-long clip has since made its way around the world and racked up 9.5 million views.

DWA was established in 1978 as the Australian Disabled Skiers Federation but has since become the national body for adaptive winter sport. The social-media attention shone some welcome light on an organisation that is hunting for sponsors and opportunities so they can continue to assist thousands more like Lili, safely and with dignity.

The experience they offer isn’t just “the old $10 plastic toboggan down the hill”, Melissa says.

“I’m talking about the real deal, getting on a chairlift and experiencing what skiers and snowboarders have enjoyed for years – what it feels like to whisk through snow, trees and other skiers alongside.”

However, there’s still a list of equipment and building works needed to bring it up to scratch. A changing room fitted with an adult-size hoist and bed for one, so Lili doesn’t have to lie on the floor of an accessible toilet to get into and out of snow gear.

Melissa also sees this as an opportunity to be rid of the demeaning “can’t-do” rhetoric surrounding those with disabilities and instead focus on just what a blessing they can be.

“Lili looked the part and had the admiration of everyone around her. All of that provided by the driver of her ski, Craig – an experienced skier who now shares his skill to bring joy to others.”

Good on the guides. They don’t get paid and have to pay to be members of DWA themselves. If they don’t have their own accommodation they pay for that too. None of which is reimbursed. The only thing they get is great feeling and perhaps the afternoon of the guiding day to ski with no pass costs.

The best thing I have seen for ages, so glad Lili and other can have these experiences thanks to a very dedicated team of beautiful people. Learn more https://www.disabledwintersport.com.au/home/