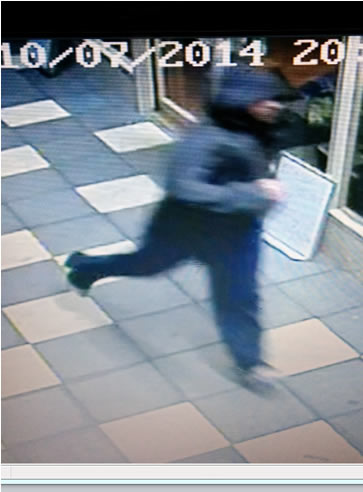 Around 6.40pm, an offender entered a supermarket at Cook and threatened staff with a bladed weapon. As he made the demands, a customer boldly struck the offender on the back of the head with a full bottle of red wine. The offender stumbled forward, then ran off without taking any cash or property.

This offender was described as being 5’9” (174cm) tall, and wearing a dark coloured hooded jacket.

Around 7pm, an offender described as Caucasian, normal build, aged in his 20s, and around 5’5” to 5’7” (165-170cm) tall, entered the supermarket at Scullin with a knife and made threats to staff. He fled from the supermarket when a car pulled up in the carpark outside.

Around 10 minutes later, police believe the same offender entered a business premises in Higgins, demanded money and threatened staff with a knife. The staff steadfastly refused the demand, and the offender then ran off.

Any witnesses who have not yet spoken to police and may have information about any or all of these three incidents are urged to contact Crime Stoppers on 1800 333 000, or report via the website at www.act.crimestoppers.com.au.

Judging by the order of attempts, I would say maybe he lives around Holt or Latham.

Oh. I thought the reference was to “full”. Now it makes sense.

Yes, getting a real job could be an advantage…

Perhaps not the wisest move, and remarkably after that blow, the robber continued his spree.

Everyday we hear of more stories like this, then there are all the unreported retail break ins. I know a local small business that has been broken into 3 times in three moths, cost about. $20k in damages and lost cash and stock. Then you read that crime is down. What’s going on. I wish this type of crime was down.

There is footage now:

Sue McIntosh - 10 hours ago
Angela Moore thank you for this beautiful poem. View
Angela Moore - 10 hours ago
"The Poplars" The Poplars are fell'd, farewell to the shade And the whispering sound of the cool colonnade. The winds play no... View
Sue McIntosh - 15 hours ago
Ho hum, what else is new? More trees given the chop. If council is so worried about the trees falling, then they should be re... View
News 9