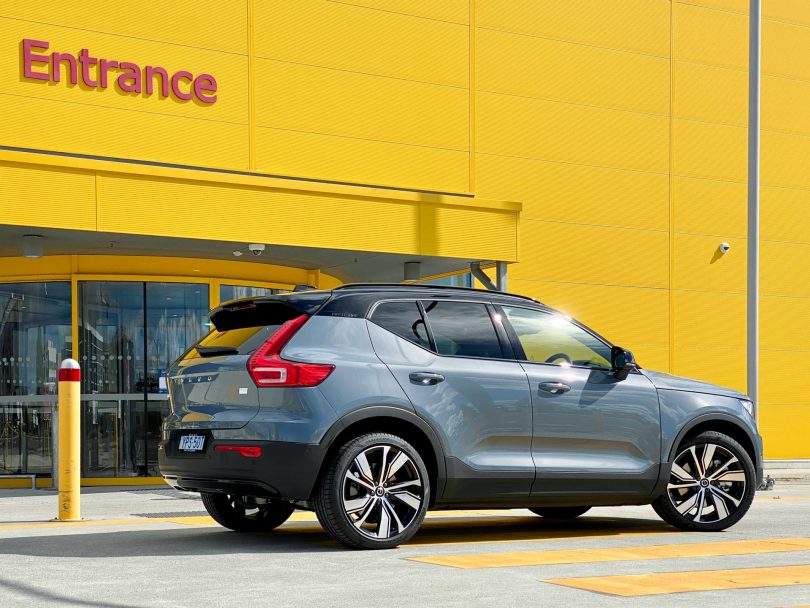 The Volvo XC40 Recharge Pure Electric will tow your boat but the price may sink you. That’s where the Federal Government should be able to help. Photo: James Coleman.

For a bloke who is sounding more and more like a used car salesman, you’d think Scott Morrison would want Australia in the driver’s seat when it comes to the transport transition that has been underway for years now.

But if, like me, you would like your next car to be an electric vehicle, the Prime Minister’s so-called EV plan released last week as part of a post-Glasgow climate blitz on the road to net-zero emissions by 2050 won’t have us trading in the gas-guzzler for a while yet.

His Future Fuels and Vehicle Strategy will mean more charge points for EVs through private sector partnerships, and there are supports for fleets to convert to low-emission vehicles (sic), but this seems confined to providing information and tax guidance.

It says fleet upgrades will be the best way to build a used car market and a larger range of vehicles to Australia, yet does not provide any meaningful measures to achieve that.

There are no subsidies, incentives, tax breaks or any other government-led initiatives to drive uptake. They are deemed as not being value for money.

It’s up to the market and the private sector to lead the way because the PM doesn’t want to tell people what to do (really?) and they should have a choice.

His Energy Minister Angus Taylor set out the government’s approach: “We will not be forcing Australians out of the car they want to drive or penalising those who can least afford it through bans or taxes.

“Instead, the strategy will work to drive down the cost of low and zero-emission vehicles, and enhance consumer choice. We will do this by creating the right environment for industry co-investment.” 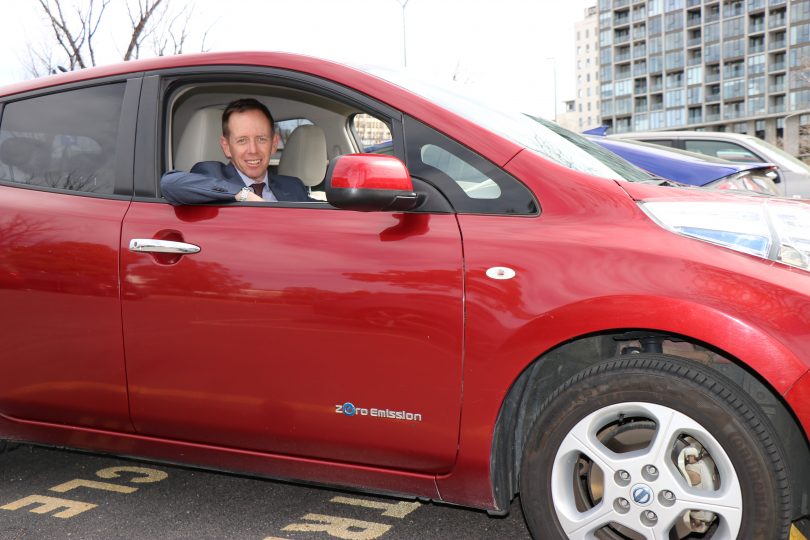 Emissions Reduction Minister Shane Rattenbury in an electric vehicle. The ACT has signed on to the COP26 declaration on accelerating the transition to 100 per cent zero-emission vehicles. Photo: File.

But real choice would mean taking action now to reduce the price of EVs through scrapping import taxes, barriers to used car imports and introducing a fuel efficiency standard that would penalise dirty cars (clean air anyone?) and encourage carmakers like VW to bring more EV models to these shores.

More models, more used cars and more competition will bring down prices and put EVs within reach of most people.

Morrison these days has been busy referring to Australia’s take-up of rooftop solar as if it had appeared magically out of nowhere when, in fact, it has been achieved through government incentives and tariff-feed in schemes.

The kindest thing you could say about this so-called strategy is that the Federal Government wants to manage the transition as technology evolves.

Because it really is a bare-minimum approach, idling into the future as if there is all the time in the world instead of an urgent need to reduce greenhouse gas emissions.

While other countries are putting the foot down to make the switch, the Morrison strategy only sees 30 per cent of annual new passenger and light commercial vehicle sales to be battery-electric and plug-in hybrid electric vehicles by 2030.

Emissions Reduction Minister Shane Rattenbury says next year the government will announce a target for new car sales to be zero-emission by 2030.

But at least Morrison has dropped the ludicrous rhetoric from the 2019 election campaign when he ridiculed Labor’s EV policy as wanting to end the weekend, and you wouldn’t be able to tow your boat.

That shameless lie cost the country another three years, and with the next election looming in 2022, Morrison has to offer something to those in his own party who know that change is not only inevitable but imperative.

At the same time, he manages to keep on side the climate change deniers and National Party members worried about their constituents’ diesel fuel rebates.

Anyone who has driven an EV wants one, and anyone who owns one won’t look back.

Australia has always been among the leaders in the uptake of new technology, why should this be any different?

And with transport contributing 20 per cent of emissions, it is imperative that the sector be decarbonised.

“Creating the right environment for industry” simply won’t cut it. The government needs to have both hands on the wheel and its foot on the accelerator.

I can help noticing Minister Rattenborough is potentially breaking two road rules namely no seat belt and hanging his arm out the window.

Then again, there are concessions applied to EVs.

He’s also potentially driving 200km/hr in the photo too and has some illegal items in the car as well.

Or maybe the car is stationary in a car park (the cars parked next to him) for a media photo opportunity.

What took you so long to work that out?

The only EV I’d think about is the Rivian, but chances of it coming here are about as slim as a billionaire flying cattle class to COP-26

The older tesla batteries make great landfill! As long as we erect the signs where the landfill is to warn of the dangers, then we are ok as a society

Ian, if you want your next car to be electric, you should pay for it yourself, and not expect any subsidies, incentives or tax breaks from us taxpayers.

Yep, agree wholeheartedly with you nobody.

Whilst EVs are going to steadily gain ascendancy, it needs to happen in a structured fashion that recognises the specific transport factors that exist in Australia.

We also need to recognise the changes in our electricity grid that are required to support the change including network upgrades and the switch to renewable generation sources. To rush this will cost far more than a steady and structured move.

So whilst new emissions standards should be brought in urgently, a lot of the talk about incentives and subsidies is just pure rent seeking from the industry players and people wanting more middle class welfare.

Batteries are recyclable and there is already an industry recycling them. A proper EV policy would be encouraging more recycling and research into how to improve it. Remember batteries are not just for EVs, but the same technology is used for home batteries and the large industrial units being used for stabilising the grid.

John Garvey I am aware there is a recycle facility available but what is the capacity of the plant? If not enough thought is put into how recycling or disposal of batteries are treated, then we will have the same issue as the recycling of plastics where there is not enough infrastructure in place to cope with the demand of recycling.

Batteries don’t biodegrade at all

I can’t wait to get an EV but my question is while people are pushing to get the EV out there on the road, what thoughts, studies and steps are being done for the end of life disposal of an EV? How much eco damage will be done when batteries are disposed of? What percentage of the battery will end up in landfill? How long will it take for the battery to break down over time? I know the batteries are a dry cell unit, but is there other chemicals in the battery that may leak into the soil or water table over time during the battery’s breakdown? If a reader could supply a link to a web page that explains these questions/studies I would appreciate it. TIA

Ken Owers Hardly any EV batteries will end up in landfill. They contain valuable components that are readily recyclable which is cheaper than the mining process. That is after they are repurposed for static storage. Hundreds of times better than burning fuel every day

*says almost everybody except the LNP. 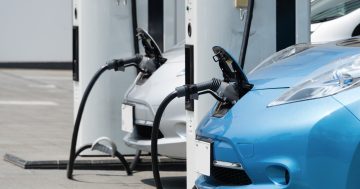