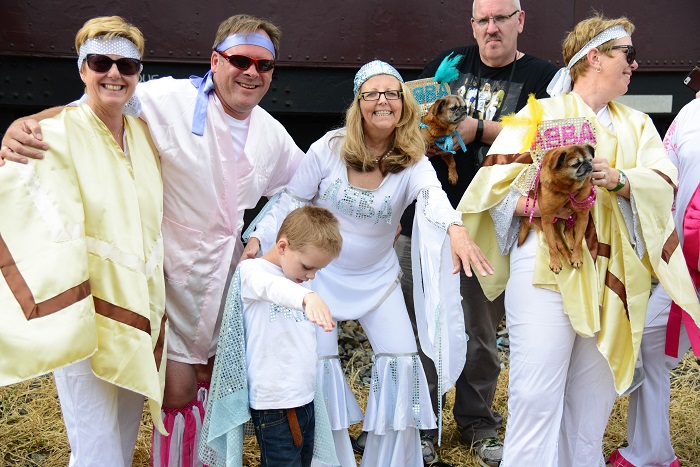 Parkes has its annual Elvis festival but the nearby town of Trundle in Central West NSW is also making a name with its ABBA festival now in its fifth year and scheduled to be held on Saturday 6 May 2017.

People come from far and wide to join in the festivities which include a ‘Fashions of the Festival’ catwalk competition – I can just visualise all those ABBA lookalikes – and you can renew your wedding vows ABBA style. You can dance the night away with the world’s most successful tribute band Bjorn Again.

Trundle is a typical small country town (population around 700) but during the event last year around 4000 people packed the town. People camped, brought caravans, used the caravan parks and found accommodation in the surrounding area – Parkes, about 55km away, provides a good base

The town is famous also famous for having one of the widest main streets in the country (60m across) and the historic Trundle Hotel has the longest veranda in NSW at 87.6m. I watched a B-double truck turn a full circle on the street with ease. I am always amazed at the fascination backpackers have with the Australian outback; when I visited the Trundle Hotel the manageress was from England (her second stint at the pub) and one of the other helpers was from Finland. Both want to stay and work there. 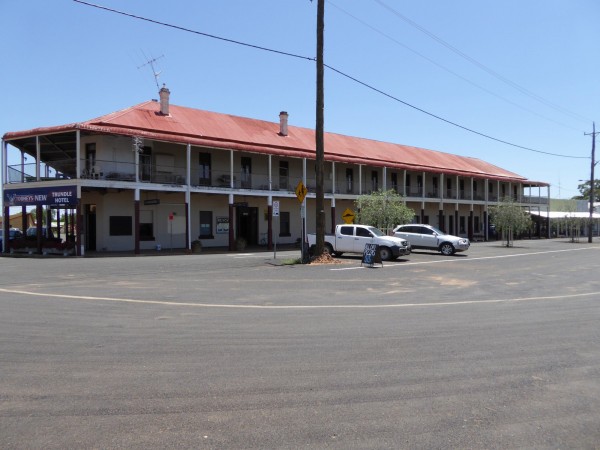 If you want to explore other attractions in the area then a circular trip from Parkes can include the world famous CSIRO Parkes Observatory, the Peak Hill open cut mine, villages like Tullamore, and the unique Utes in the Paddock near Ootha.

The Observatory, 20km north along the Newell Highway from Parkes was immortalised in the Australian classic film “The Dish”. The centre hosts a 64m radio telescope which has been in operation since 1961 and continues to be at the forefront of astronomical discovery due to regular upgrades. The Visitors Discovery Centre showcases the achievements of the telescope as well as its role in supporting some of the most significant space missions in history. The Dish café is a great place for breakfast or lunch.

Another 30km north is the old gold mining town of Peak Hill. On the edge of town take a walk on the marked trails around the old open cut mine for spectacular views of the five. open cut pits. Another historic item in the small town is the first vertical wheat silo in Australia dating from 1918 and still in use today.

From Peak Hill take the road west to Tullamore. Many Irish-born settlers moved into the area in the early 1900s and many inhabitants still retain Irish family connections. There is an Irish Music festival over the Easter long weekend. It is 35km back to Trundle.

South from Trundle the road joins the Bogan Way that runs west from Parkes to Condobolin and beyond. It is worth taking the road as far as the tiny settlement of Ootha about 70km west of Parkes and then turn down the road marked Mulguthrie for about 3km to the ‘Utes in the Paddock’ spectacle.

In 2008 the owners of Burrawang West Station commissioned a local artist to place an old painted ute in a paddock next to the road. In the next four years this increased to 20 in all shapes, sizes and paintwork. My favourites of this unique bush attraction are one in the shape of a Bundaberg rum bottle, and another an outback dunny with Dame Edna inside. All the old utes are Holdens. There is a plan to relocate this display to Condobolin. 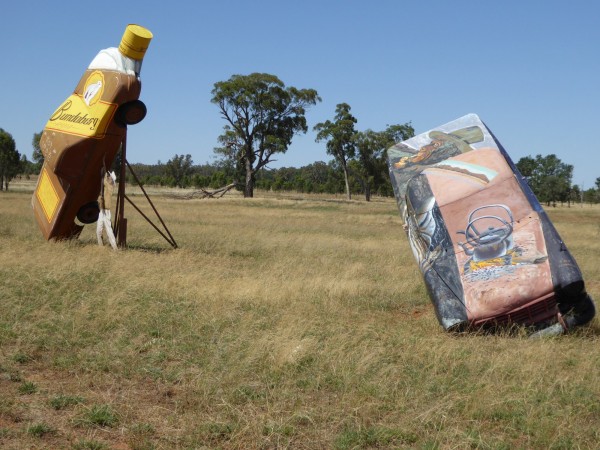 Claire McElhone - 12 minutes ago
Dylan McElhone my dreammmm View
Josh Taylor - 13 minutes ago
Max Heffernan wouldn’t do it with me dad View
Jill Howcroft - 14 minutes ago
I suspect they won’t ever wake up and in the off chance they do, I can only imagine the consequences such a foolhardy act.... View
Food & Wine 113

Bradley Heanes - 9 hours ago
Didn't the defence department already appologise for this? (Even though they were assisting the RFS at the time) Didn't they... View
franky22 - 11 hours ago
Why can't the ADF simply state that they made a mistake. View
News 21

Tramcar Trev - 15 hours ago
Simple do what other regions do, use local volunteers to staff the visitor centre. View
show more show less
*Results are based on activity within last 7 days