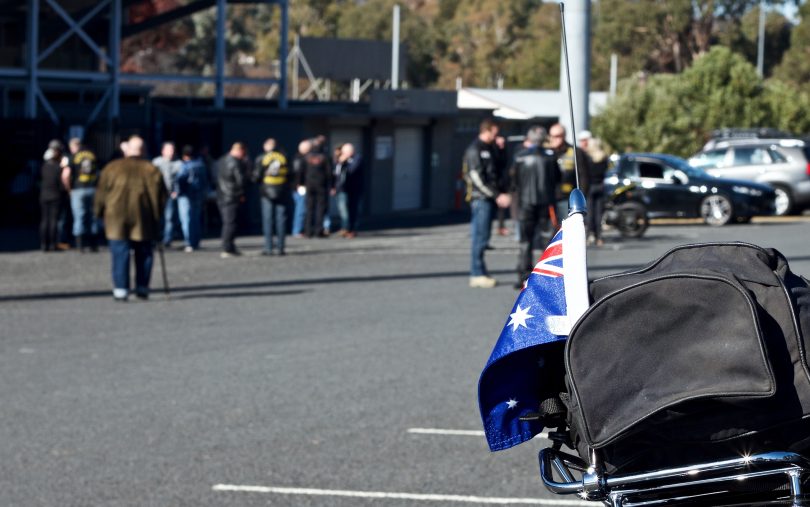 Bunkering down over a coffee at Seiffert Oval in Queanbeyan on the morning of Saturday, 24 April, a group of motorcyclists have more than their military history in common in the wake of last week’s announcement of the Royal Commission into Defence and Veteran Suicide.

Their conversation is also about the Veterans Motorcycle Club’s (Veterans MC) next charity run and organising their ride to Young to commemorate Anzac Day.

While the Federal (ACT) Chapter of Veterans MC welcomes the focus the royal commission will put on veteran suicides, its president, Steve ‘Bones’ Williams, says the attention given to the welfare of people who have served in the military stops once they leave the Defence Force.

The Federal Chapter of Veterans MC is one of 35 in Australia bonded by military service and a brotherhood that supports veterans, their families and the biker lifestyle.

Over a coffee outside their headquarters at Queanbeyan’s Seiffert Oval, Bones tells Region Media the royal commission is an overdue but positive step forward.

“Our concern is that it doesn’t just become a box-ticking exercise,” he says. “There are instances where there have been many royal commissions that haven’t actually changed the environment.

“This royal commission will take a number of years and that doesn’t mean the problem is going to go away. The issue needs more immediacy.” 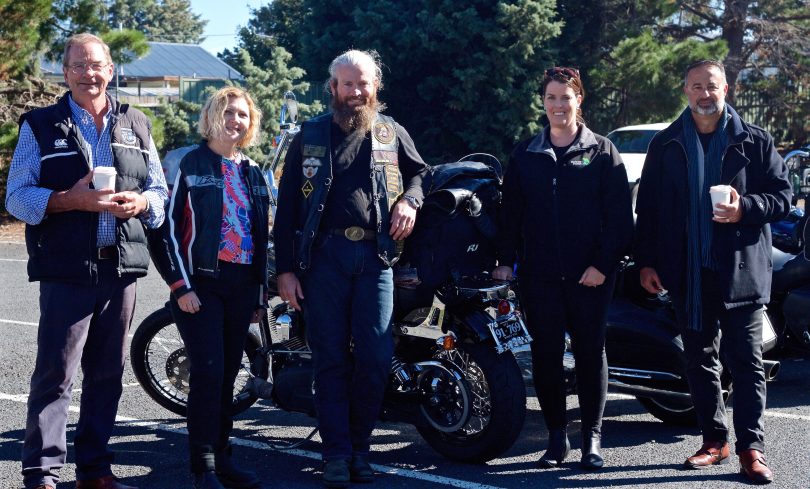 Bones says the coffee bunker is another way of connecting military veterans, which often has the stigma of being a group just for old blokes who love bikes.

“My experience 10 years ago when I wasn’t doing so great was that I rang a number given to me by the Department of Veterans’ Affairs, and the earliest appointment was in three weeks,” he says. 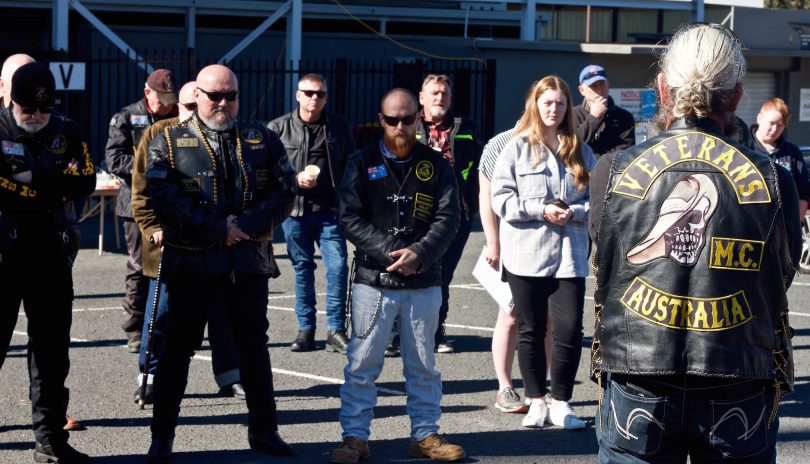 Members and family of the Federal chapter of the Veterans Motorcycle Club at the first coffee bunker at Queanbeyan on Saturday morning (24 April).

Bones hopes things have changed since then, but says the burden of issues such as post-traumatic stress disorder and mental health among military veterans has only increased.

“A lot of the younger veterans especially feel completely detached and let down by organisations such as the RSL and others that were designed to actually provide support,” he says. “For whatever reason, they’re not offering the type of support that is needed.

“We’re using motorbikes and that collective social group as the tool to enable support.

“There have been many instances where guys in our own chapter have needed someone to step in and help, either financially or just to do some jobs around the home.”

Most recently, Veterans MC’s fundraising activities helped bring the Sleepbus to Queanbeyan, which provides emergency beds in a converted bus. They have also helped the Braidwood and District Education Foundation that assists rural children with education grants, as well as charities in Queanbeyan such as St Benedict’s Community Centre and The Salvation Army.

Bones says the feeling of loss when a person’s military service ends needs to be addressed in more tangible ways and Veterans MC bikers all welcome support from the ACT Government, Queanbeyan-Palerang Regional Council and Defence Health to hold the regular coffee bunker conversations.

“The support for veterans is ongoing and one of the consistent messages we hear from our members is that feeling of being connected they had in the military only returns when you are part of a group of likeminded people who have been through similar circumstances, and nobody judges you,” he says.

“Sometimes you just need a tough shoulder to lean on.

“But to us, it’s not about the numbers. It’s about the outcome. If you get one veteran who comes in for a chat and it makes a difference, then that Saturday morning coffee and a chat about bikes or whatever can help turn their life around.”