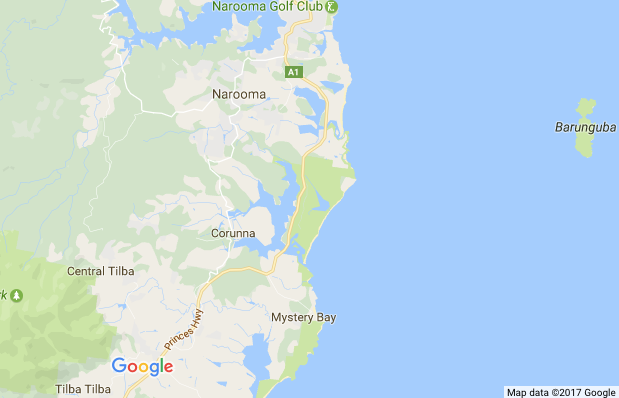 A 19-year-old woman died on Saturday after the Toyota Corolla she was driving collided head-on with a Toyota Land Cruiser at Central Tilba.

A 19-year-old passenger in the Corolla was airlifted to Canberra Hospital in a critical but stable condition.

The driver of the Land Cruiser, also 19, was uninjured and taken to Bega Hospital for mandatory blood and urine tests. His three passengers, all teenagers, were treated by paramedics and taken to hospital with minor injuries.

A crime scene was established as police investigated the collision, which occurred about 10km south of Narooma on the Princes Highway.

A brief will be prepared for the Coroner.

Police are urging witnesses and anyone with information in relation to the incident to call Crime Stoppers on 1800 333 000 or use the Crime Stoppers online reporting page. Information will be treated in the strictest of confidence. Police remind readers they should not report crime information via social media pages.

Eight people died on NSW roads during the first eight days of 2017, according to the NSW Government’s Centre for Road Safety.

One Response to Woman, 19, killed in head-on collision at Central Tilba
Filter
Showing only Website comments

So terribly sad. I wonder if age had anything to do with it? I know that when young guys get together in cars and in a holiday mood, they tend to let their guard down as to safety – there is an air of invincibility about them. My 30 something son, who did all sorts of dangerous things with cars at that age agrees with me. It’s a question of maturity with dreadfully tragic consequences. But of course, I am only speculating. I know none of the facts. Still, a tragedy that will have much collateral damage I would imagine. My thoughts go out to the parents involved on both sides.

Ab Fabco - 59 minutes ago
Robyn Holder You will be waiting a while for sensible responses. This entitled bunch of parent don't seem to understand peopl... View
Elle Apopei - 4 hours ago
This is a great idea! And I have seen examples of fenced playgrounds that still incorporate nature and beauty without feeling... View
Elle Apopei - 4 hours ago
Rebecca Willis View
News 5

T - 2 hours ago
It would be great if they could legalise medical marijuana for people as an alternative to pain management medications and to... View
poorman - 2 hours ago
Please read https://www.forbes.com/sites/mikeadams/2018/03/28/california-officials-say-marijuana-legalization-causing-more-vi... View
chewy14 - 6 hours ago
Hmmm, I wonder how the government could remove "organised crime" from the equation of selling these drugs? It's almost like i... View
News 3

JS9 - 4 hours ago
While there is no doubt that the contracts are unfavourably placed at the moment, its not '3 times the current electricity pr... View
bj_ACT - 6 hours ago
Spot on Chewy. As has been pointed out by a few people over the last year. The ACT government has signed up fixed price 20 ye... View
phydeaux - 6 hours ago
...and remember to take a clear photograph of the meter readings, in case you need to submit a correction. View
Opinion 78

@the_riotact @The_RiotACT
The @WNBL #draw has been released and, as Tim Gavel writes, there's a lot for @UCCapitals #fans to get excited about https://t.co/EV8vf94L2J (53 minutes ago)