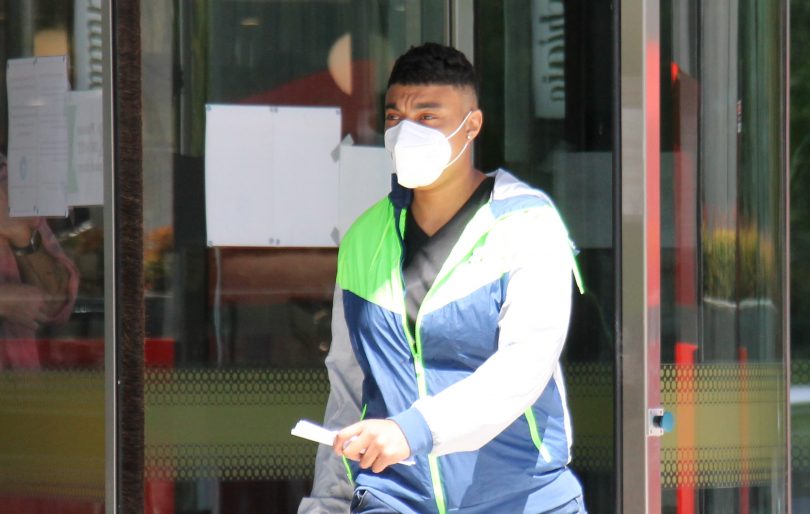 A woman who dragged a dog around by its neck, assaulted its owner and later spat towards police when she was arrested heard a magistrate say she “struggles to control herself” before she caused a scene in court with a dramatic, angry outburst.

On Wednesday (6 March), Magistrate Louise Taylor told the ACT Magistrates Court that 26-year-old Julie-Anne Kathleen Collett had an “appalling” criminal history and the need to protect the community “looms very large” in her sentencing.

She also said Collett may need to do some “soul searching”.

Collett, who was sitting at the bar table, said she already had, then stood up, swore, began muttering something indecipherable and went out through a security door, slamming it shut behind her.

Dean Sahu Khan, who appeared for Collett, apologised to Magistrate Taylor after his client’s outburst, saying it was “very embarrassing”.

“It’s not for you to apologise, Mr Sahu Khan. You have nothing to be embarrassed about,” she told him.

According to court documents, Collett was at a woman’s home in May 2021 when she became angry that the woman’s dog had defecated next to a balcony door.

She threatened to throw it out of the home and began to pull it outside onto the balcony, despite the protests of its owner, before slipping on dog faeces while still holding the pet around its neck.

Collett eventually let go and was told to leave, but she soon returned and smashed a screen door to force her way inside, then punched the woman in the head.

In March 2022, police were called to a home in Canberra where they found Collett. She screamed, pushed past them, didn’t obey their directions and resisted arrest.

When trying to put her into the cage in a police vehicle, the officers warned her that if she continued to kick at them, she could be sprayed with OC spray.

“F-k you, spray me,” she said before spitting, but missing, at them.

Police sprayed her, then managed to push her into the vehicle.

Collett, who is from Theodore, pleaded guilty to charges of assault, hitting or kicking an animal, resisting arrest and damaging property.

On Wednesday, Magistrate Taylor remanded her in custody to 11 May and asked Corrective Services to assess her suitability for an intensive corrections order, a type of jail sentence that can be served in the community.

A bit confused. It says the person is a woman yet a man is in the picture. I am guessing they got the picture mixed up.

Perhaps visit an optometrist and have your eye prescription refilled?

That’s one way of saying “I’m painfully ignorant”, how embarrassing.