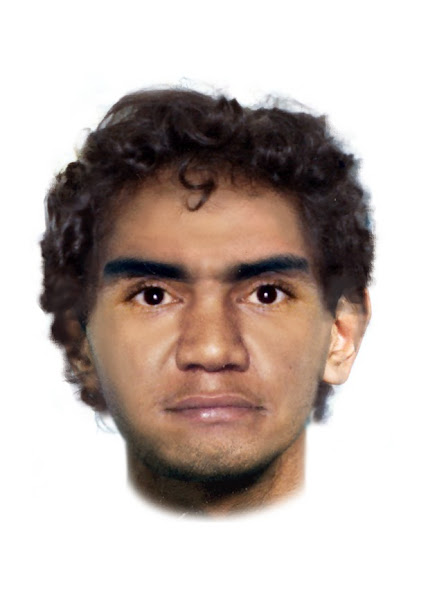 ACT Policing has released a facefit of an offender involved in a robbery at Erindale Shops, Wanniassa, on Saturday June 22.

About 10pm, ACT Policing attended Erindale Shops, Wanniassa, in response to a reported robbery. A woman was inside her vehicle parked near the shopping centre when she saw a male exit a white Hyundai Excel which had damage to the drivers’ side panel and NSW number plates.

The male opened the passenger side door of the woman’s vehicle and took her handbag from the passenger-side front seat. He then returned to his car and fled.

The man is described as Aboriginal in appearance, around 168cm (5’6”) in height with a round face and dark hair and aged in his mid-20s. At the time of the incident, he was wearing a white T-shirt, black unzipped ‘hoodie’ and dark grey pants with white shoes.

Police are also investigating in a similar incident at Jamison Shops, Macquarie, on Thursday June 27. At 4pm ACT Policing received a report of a robbery which involved a male opening the passenger-side door and taking a handbag from the front seat of a car parked outside the Jamison shopping centre, while the owner was in the vehicle. The male fled in a white sedan, possibly a Hyundai Excel.

Anyone who recognises the man pictured or may have witnessed the incidents at Erindale or Jamison shops is urged to contact Crime Stoppers on 1800 333 000 or via www.act.crimestoppers.com.au. Information can be provided anonymously.

Jhoe, where is the next cross burning?

Kathleen Hayes - 1 hour ago
Rooster James I don’t agree. Andrew and Shane are past their use by date. I won’t be voting them back. View
Vic Hughes - 2 hours ago
*Labor. And we once had a Liberal government, but they proved little better than the awful Labor government of Follett. Prese... View
Stephen Grealy - 2 hours ago
Andrew Barr is making hard decisions which must include how the city will function 30-50 years from now as people take up tra... View
News 3

Annie Clarke - 3 hours ago
What is also needed is a rest area with a toilet half way, on both sides. View
News 34

Elaine Staples - 10 hours ago
A wonderful place....that will be even better.....and continue to bring people and money to Canberra...that can then be used... View
News 8

Travis Harvey - 16 hours ago
Worth every penny. The stress on parents to try to educate their children at home whilst also trying to hold down their regul... View
Bianca Rossetti - 18 hours ago
To me schools opened too soon.. I would prefer to put health before wealth View
News 16

Sally Tregellas Wodzinska - 18 hours ago
I understand that Qantas believes its air filtration in-flight is fine enough to filter out all germs. I do hope so. View
Gabriel Spacca - 19 hours ago
Simon Wheaton How does it work?... View
show more show less
*Results are based on activity within last 7 days

@The_RiotACT @The_RiotACT
A new sports program from @rowingact is helping veterans in the ACT get back on their feet and back into the community, putting their social and mental wellbeing at the forefront of the recovery process. Find out why it works, and how you can get involved https://t.co/vStfh31S3Q (30 minutes ago)

@The_RiotACT @The_RiotACT
The new suburb of Whitlam in the Molonglo Valley continues to take shape with a flurry of government tenders for its development. Tenders are out for the first release of multi-unit sites and stand alone affordable housing blocks across Stages 1 and 2 https://t.co/0qT3BR2nKV (3 hours ago)