Resonate was brewed with a custom 24-hour track created by SAFIA, sampled from their soon to be released album ‘Story’s Start or End.’ 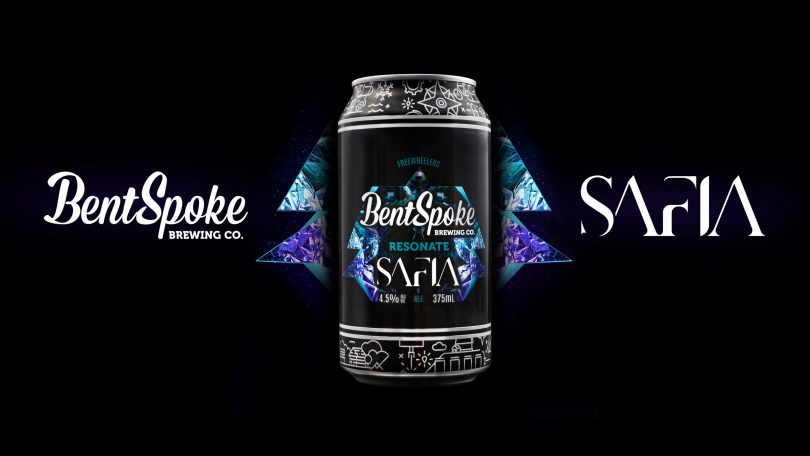 “The idea was to use music to change the way the yeast behaves and ultimately contribute to the beer flavour. The resonance of the music in the tank helps the yeast to propagate in the aerobic growth phase. Healthy yeast produces a much cleaner profile, which in turn allows us to showcase the unique hop profiles in this beer,” said head brewer and co-owner Richard Watkins. 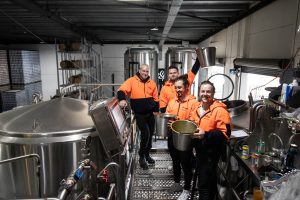 When deciding on what beer to brew, SAFIA and the brew team at BentSpoke agreed that it had to be approachable, sessionable – a beer to drink with mates while listening to the new SAFIA album, due to be launched in August. The result – a pale ale with a touch of coconut hop aromas that strike a chord with the super clean malty palate.

Resonate will be available for sale beginning Friday, August 9th – at 12am via online retailer Boozebud, or directly from BentSpoke’s Braddon brewpub.

“BentSpoke’s emphasis on ingenuity and substance over style made this collaboration feel like the perfect fit. Working with Rich and the team to create a beer using our music was an extremely rewarding experience that we won’t forget anytime soon!” said SAFIA’s lead vocalist Ben Woolner.

As part of the collaboration a few randomly selected 6-pk boxes will contain double passes to a SAFIA concert, or a voucher for a case of BentSpoke beer.

An extremely limited release, Resonate is the first of BentSpoke’s Freewheelers – collaborations that celebrate community partnerships.

Catch SAFIA on tour this August-October – details from safia-music.com 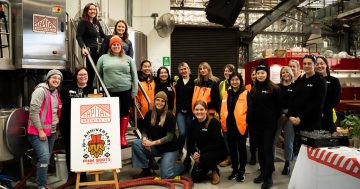