Creating an architecturally iconic Canberra for residents into the future
geocon.com.au
27 August 2020 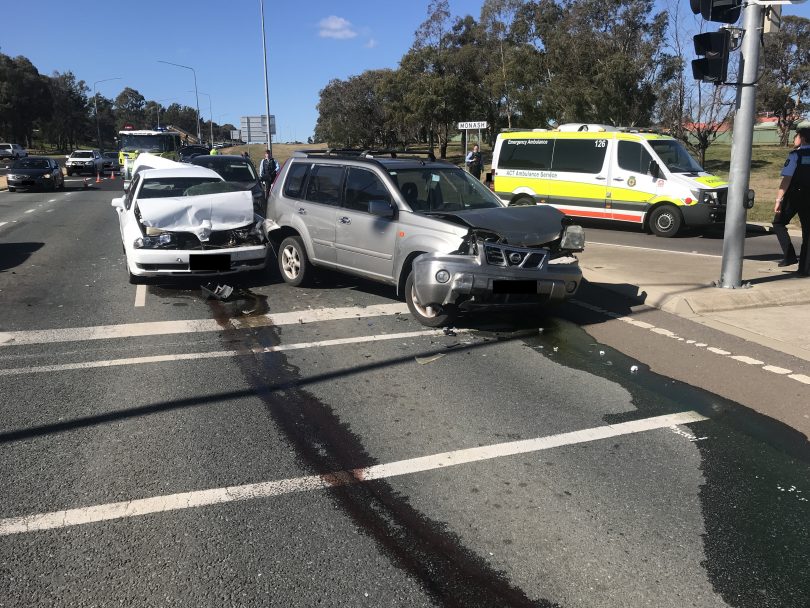 The multi-vehicle collision at Monash on Wednesday (26 August). Photo: Supplied.

A 26-year-old Calwell man will face charges of stalking two women after he allegedly deliberately crashed his car into vehicles stopped at traffic lights in Monash yesterday (26 August).

The crash occurred after the man allegedly approached a former work colleague at an Isabella Plains workplace while in possession of a large knife. The woman and a work colleague left in two vehicles.

The man followed the two women in his own vehicle through Isabella Plains and Monash.

When they stopped at a set of traffic lights, the man allegedly intentionally crashed into their cars, heavily damaging and immobilising all three vehicles, and damaging a fourth vehicle.

Police attended the scene and allegedly seized two large knives from the man’s vehicle. He was placed under arrest.

Bail will be opposed and police say they anticipate laying further charges regarding the crash once investigations have concluded.

Anyone who witnessed the incident, or who may have dash-cam footage, is urged to contact Crime Stoppers on 1800 333 000, or via the Crime Stoppers ACT website. Please quote reference 6616812.