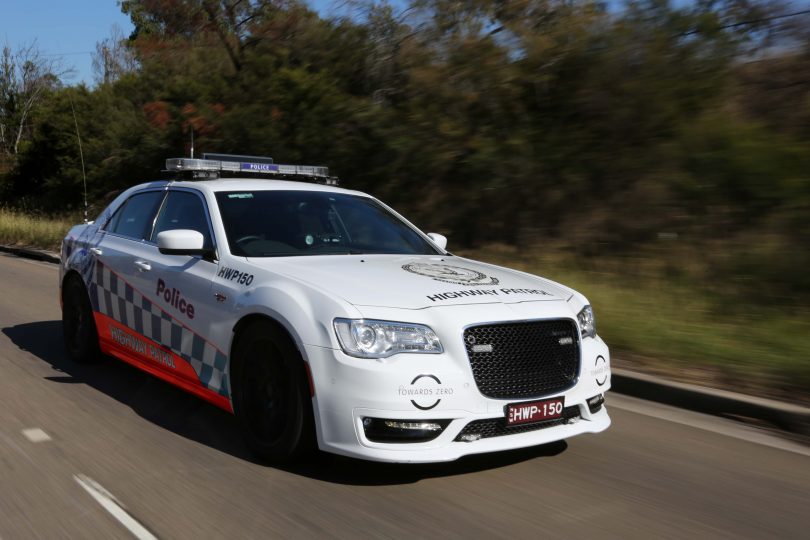 NSW Police say the cyclist died at the scene after being hit by a truck. File photo.

A 49-year-old Canberra cyclist has died after being hit by a truck near the NSW/ACT border shortly after 8 am this morning (Saturday, February 9).

Emergency services were called to the Federal Highway at Sutton about 8.15am and found that the male cyclist had died at the scene.

The male driver of the truck has been taken to Queanbeyan Hospital for mandatory testing.

A NSW Police spokesperson told Region Media that police are investigating the incident and that the truck driver is assisting police with their enquiries.

Traffic diversions were put in place after the crash, disrupting southbound traffic on the Federal Highway. The lane was reopened around 1.45 pm.

NSW Police are urging anyone with information about this incident to contact Crime Stoppers on 1800 333 000 or https://nsw.crimestoppers.com.au.

Very sad. I’ve ridden on that piece of road hundreds of times, as do many cyclists because there’s so much free space on the shoulder.

Adrian King - 7 minutes ago
Graeme Jeffries just like roads are for cars, right? But yet here we are....🤦🏻‍♂️🚲 View
Graeme Jeffries - 20 minutes ago
Footpaths are for pedestrians. View
Michael Norman - 40 minutes ago
Would a non-divisive approach to problem solving serve communities to move forward? The problem is around infrastructure that... View
Lifestyle 27

Geoff N Narelle - 21 minutes ago
I think that the author of the article has romanticised the story somewhat. It was probably a 20 minute bike ride each way on... View
Food & Wine 3

Ivana Ryan - 57 minutes ago
Toasted sandwich and a coffee 😋 Bojana Simic View
Christopher Rompotis - 2 hours ago
Hannah next brunch catch up? 🤔 View
Nicolas Normandeau - 10 hours ago
Matilda Jones I need this in my life. This sounds so good!... View
News 21

@The_RiotACT @The_RiotACT
Opposition Leader Elizabeth Lee will introduce an amendment to the ACT Crimes Act today to make it an offence to 'stealth', the act of removing a condom during sex without consent https://t.co/jFSIrItv88 (26 minutes ago)