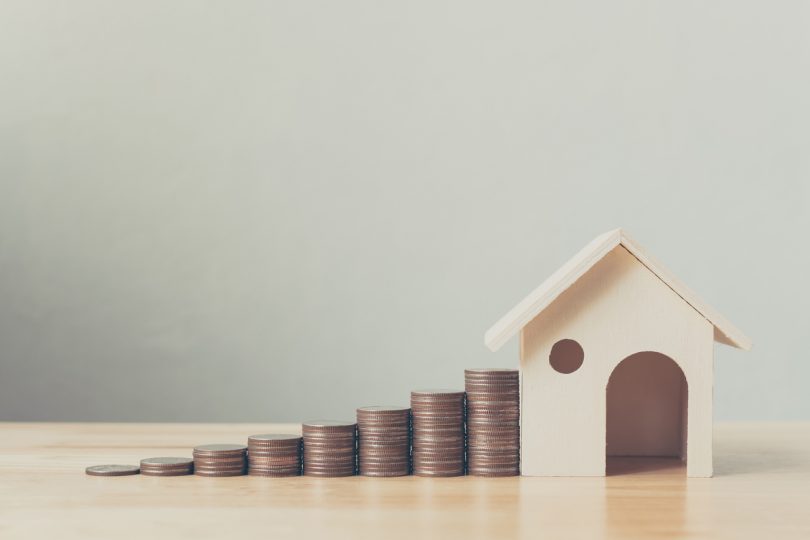 The CoreLogic September home value index results reported that half of Australia’s capital cities saw values track lower over the past 12 months.

Canberra’s house prices continue to rise to record levels despite falls in the major markets of Sydney and Melbourne, and in Perth, although the pace of that growth has slowed.

Since the correction in the Australian housing market began a year ago, dwelling values overall are down 2.7 per cent, houses 3.1 per cent since and units 1.3 per cent since peaking in September last year

The CoreLogic September home value index results reported that half of Australia’s capital cities saw values track lower over the past 12 months. It found the remaining capital cities, as well as regional markets, had recorded a slowdown in the annual pace of growth as the housing downturn becomes more broadly based.

Peter Blackshaw City & Inner North partner Tony Trpeski said continuing supply issues and the state of the Canberra economy were the key factors maintaining demand for houses in the ACT.

“A still limited housing supply plus very strong employment base and overall economic strength and confidence is what’s driving our market,” he said

CoreLogic head of research Tim Lawless said the Sydney and Melbourne markets were a drag on the national housing market performance, and that heightened levels of regulation across the finance sector and tighter lending practices were having an impact on investment.

“With the release of the banking commission interim report, there is a chance that already tight credit conditions could tighten even further,” he said. 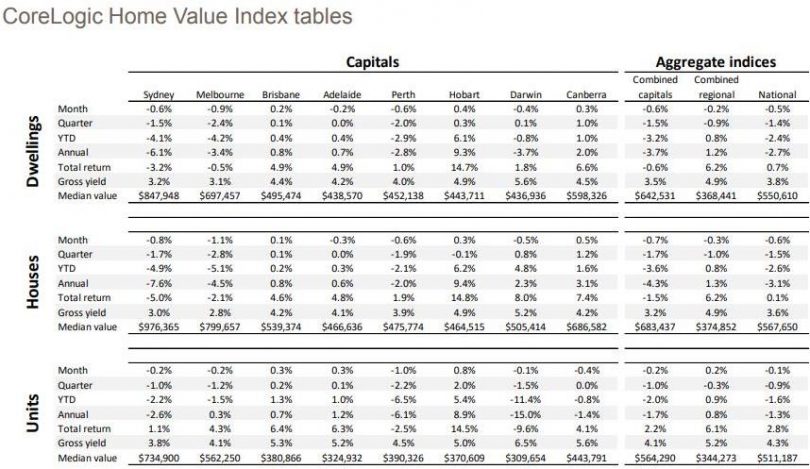 Mr Lawless also said an immigration downturn and record high residential construction across Victoria and South Australia, and a near record high amount in New South Wales were also affecting the market.

“With such a substantial pipeline of housing stock in the wings at a time when credit has become less available, investment and foreign buying activity has fallen materially and population growth is trending lower, this could create some headwinds for the market,” he said.

“This may create some challenges for absorbing newly built housing stock, especially those dwellings targeted specifically towards investors,” he said.

But while the number of units continues to grow in Canberra, detached houses remain at a premium, and the national capital and its booming economy continues to attract interstate and overseas migrants.

The report says that while overall dwelling values are still rising on an annual basis in Canberra, Brisbane, Adelaide, and Hobart, the rate of capital gain has slowed noticeably in these regions.

The only capitals to see an improvement in the annual change in housing values were Perth and Darwin where the annual rate of decline has eased off.

CoreLogic says that while the housing risk profile is heightened, economic conditions remain healthy and mortgage rates are set to remain low into 2020.

“House prices are falling!” Hmm. Actually, the *MEDIAN* house price is falling. The median statistic is skewed by a higher proportion of houses at the lower-end of the market that stressed vendors are trying to get rid of. The market is bifurcated. The top half is doing well. The bottom end is doing poorly. The bottom end includes a lot of investment properties. That $1 mil plus house I want to buy? The price of THAT house is going up. In Melbourne. In Canberra, it’s going up even faster. “Median” is the price that most frequently occurs in the data. So the headline should be “Lots more crap houses being dumped on market by stressed vendors!” There. Fixed it for you. #statistics