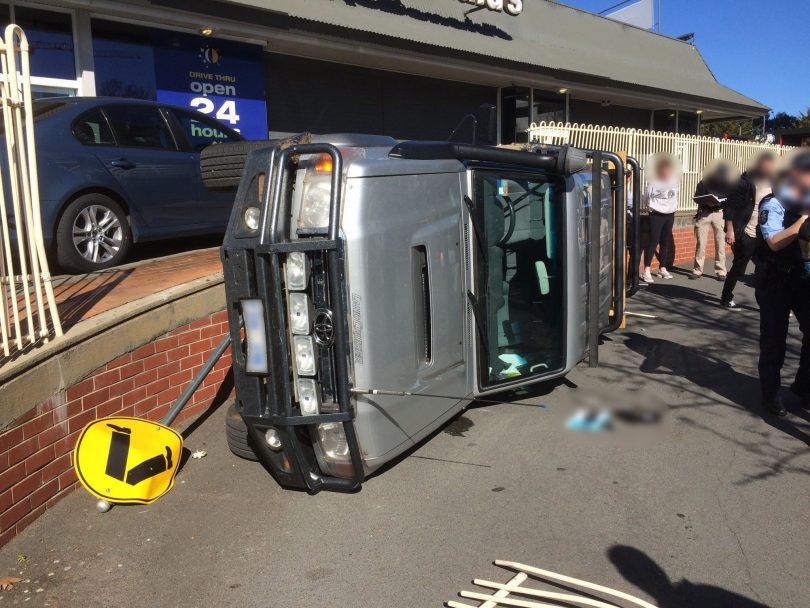 In an attempt to evade police, the Land Cruiser drove through a safety fence before tipping onto its side. Photos: Supplied by ACT Policing

A stolen car has rolled at a McDonald’s drive-through during an attempt to evade police arrest on Thursday afternoon (13 September).

In an attempt to evade police, the Land Cruiser drove through a safety fence before tipping on to its side.

Police arrested a 24-year-old Phillip woman, a 21-year-old Richardson man and a 22-year-old Latham woman while a fourth offender fled the scene on foot after assaulting a police officer. 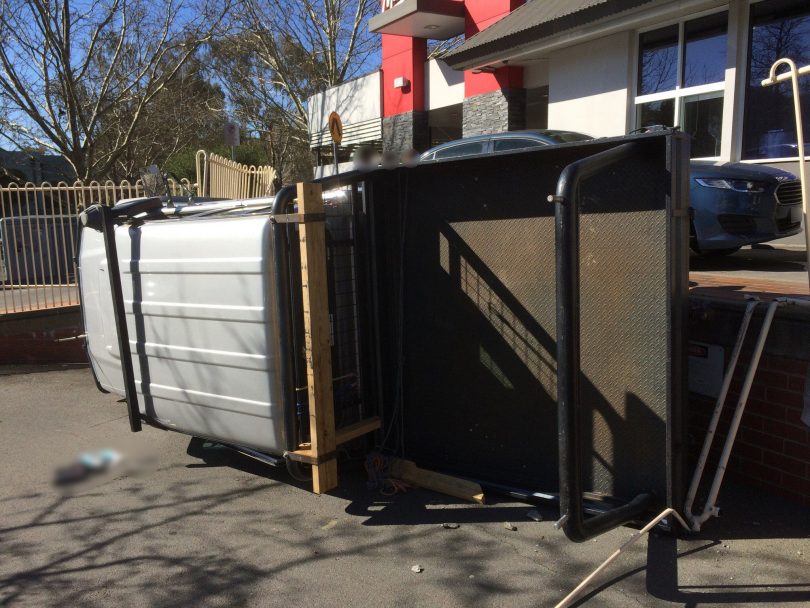 The three people will face the ACT Magistrates Court this morning (14 September) with a total of 11 charges including driving a motor vehicle without consent, common assault, aggravated furious/reckless/dangerous driving and possessing ammunition.

They’re good at rolling, these 4WDs. High centre of gravity.

Nothing to do with 1 meter drop that they tried to get down…. Fairly certain most cars would have rolled or landed on their sides dropping down that.

You need a significant increase in track width to offset a higher centre of gravity. Most 4WDs don’t.