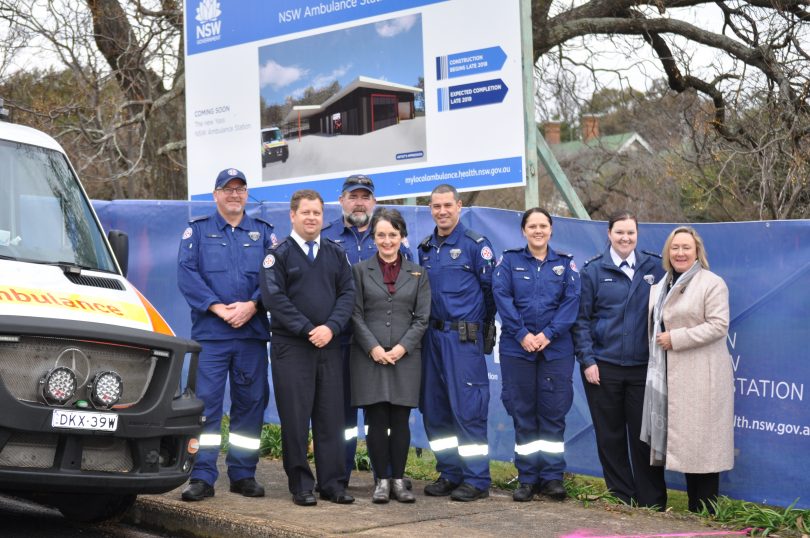 The main works on the Yass Ambulance Station are scheduled for completion late next year. Photos: Supplied.

The construction of the new ambulance station in Yass has begun after a sod turning ceremony last week.

The new station, which is estimated to cost $3.7 million and located adjacent to the Yass Hospital on Meehan Street, will enable local NSW Ambulance paramedics to meet the current and future patient demand for emergency medical care in Yass and the surrounding region.

“Today marks a significant milestone in the NSW Government’s election commitment to build a new ambulance station at Yass,” she said. “I’m pleased that Yass is included in what is the biggest regional and rural transformation of NSW Ambulance Infrastructure in the organisation’s history.

“Like all rural communities, Yass has its fair share of health challenges, and we are committed to investing in the infrastructure and facilities required to meet those challenges head-on.” 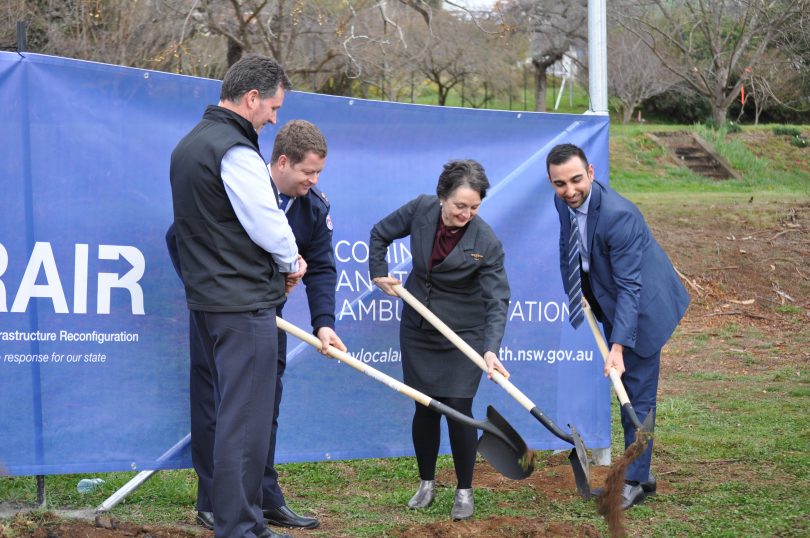 The main works on the Yass Ambulance Station are scheduled for completion late next year and will be followed by a fit-out and operational commissioning phase prior to the commencement of operations from the new facility.

Yass is one of 23 upgraded, rebuilt or new rural ambulance stations that are a part of the Government’s $122 million allocated from the Rural Ambulance Infrastructure Reconfiguration (RAIR) investment in infrastructure including constructed stations at Wagga Wagga, Coolamon, Ardlethan, Harden and Molong.

Di Green - 20 minutes ago
I so enjoy these gardens View
Vee Bee - 3 hours ago
We miss it so much :( View
Community 28

Sarah Handley - 28 minutes ago
Meredyth Wendel how will the cygnets cope lol View
nobody - 1 hour ago
Who in their right mind thinks all 10,000 plastic ducks will be recovered? View
JS9 - 3 hours ago
Where does it suggest anywhere they are just going to be left to wander down the river after the race is over? View
News 12

JC - 34 minutes ago
Correct death rate has not been the same as the flu. For one reason and one reason only and that is because we have restricti... View
JC - 40 minutes ago
It’s been standard practice through the pandemic. Rightly or wrongly. View
Maya123 - 54 minutes ago
Twas always the way. I have seen an old death certificate where a long term medical condition was mentioned, but the cause of... View
Opinion 45